Australian coach Justin Langer has confirmed Aaron Finch and Travis Head will make their Test debuts but Matthew Renshaw remains in doubt to face Pakistan in the series opener on Sunday.

Finch, 31, will open the batting and Head, 24, has claimed a middle-order berth for the Dubai Test, each impressing in Australia's drawn first-class match against Pakistan A at the International Cricket Council's Academy in Dubai.

Finch made a half-century and Head contributed an unbeaten 90 in Australia's 4-494 (dec), with Langer, also a selector, declaring the team had so far had a "perfect preparation". 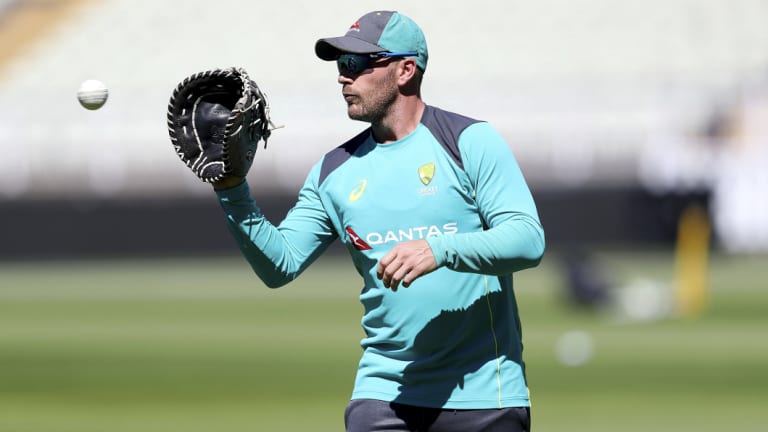 Aaron Finch is set to make his Test debut.

"There was never any doubt with those two for me, I thought they were certainties to play," Langer said.

"Aaron Finch, I can't wait to see him play Test cricket. He's been brilliant in white-ball cricket over the last few years, he's got the temperament, obviously, for international cricket. He's playing really well. He's one of the leaders of our group.

"Travis Head, his improvement over the last … six months is absolutely amazing. You look at him now, he's starting to look like an AFL (Australian Football League) player, he's really fit. The way he's adapted his game and improved his game, particularly against spin. He played brilliantly in the Australia A stuff, he's really impressive and he deserves to have a baggy green cap."

Finch, Australia's Twenty20 captain, has dominated in the sport's two shorter formats over the past year with four centuries in his past 11 one-day international innings.

Head, the South Australian captain, has been a part of Australia's one-day international set-up and was a stand-out during the Australia A tour of India last month. 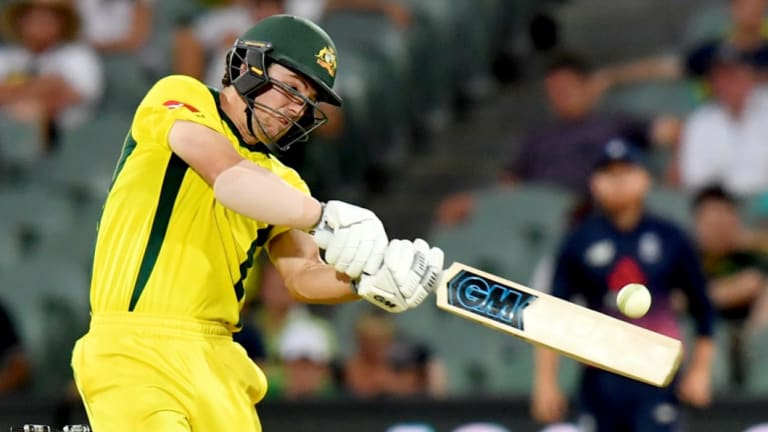 Travis Head is also set to play his first Test for Australia.

While Head and Victorian veteran Finch are in the XI, Renshaw remains in doubt, having taken a hit to the head while fielding at short leg in the tour match. He was substituted from the match without having batted. The latest head knock compounds a frustrating year for the Queenslander, who has had hamstring and finger issues. A hamstring strain had impacted him on the Australia A tour of India. If he is not passed fit, fellow Queenslander Marnus Labuschagne is in line to replace him in among what could be four debutants.

Labuschagne, who originally was chosen as a back-up batsman, replaced Renshaw during the Pakistan A clash and impressed with his fielding at short leg, while also making an unbeaten 39. His leg-spinners also give the tourists another spin option.

"I think Matthew Renshaw will be physically fine. The one thing he's got is he hasn't played much cricket," Langer said.

"He went on the Australia A trip, he got a hamstring strain … he hasn't spent much time in the middle. That's going to be the issue for him. It's going to be an instinct call. We've got to weigh up what he's done in the past.

"He's, obviously, a very good young player. We've got to work out whether he's spent enough time out in the middle to be ready for a Test match.

"I will also add that we have seen in the history of Australian cricket that a lot of people take their opportunity through injury. I thought Marnus fielded brilliantly, he looked really good with the bat yesterday and bowled a few overs with the leggies. He has certainly put a strong case forward for selection as well."

Langer, selection chairman Trevor Hohns and skipper Tim Paine will also need to determine who will partner Mitchell Starc with the new ball.

Michael Neser impressed against Pakistan A – he claimed 1-30 off 12 overs in the host team's second innings – when Starc and spinner Nathan Lyon took the new ball. However, veteran quick Peter Siddle remains in the frame to return to the XI for the first time in almost two years. Siddle can also be relied upon to deliver stump-to-stump action, with the tourists openly talking about the need to bowl at the stumps more often in Asian conditions.

"(Neser) impressed us, he always does. He has a red-hot dip every time he plays, he's a good fielder, he's brilliant around the team," Langer said.

"We weigh up 211 Test wickets and a guy (Siddle) who's bowling really well, a real professional. He's been a veteran. The role he can play with his experience, we (selectors) have got to talk really seriously about that."

Langer said his team had adapted to the regular 40-degree plus heat but expects conditions could be even more challenging at the Dubai International Cricket Stadium, where there will be less breeze.

After a winter during which cultural reform has been at the top of the agenda, he said the tourists had played their opening game in the right spirit.

"Men are tested, or people are tested, when the pressure comes on. That will be Test cricket. So it's nice to do that now but we have to keep doing that over and over again and that's what I am most looking forward to."