MANCHESTER UNITED'S preparations for tonight's clash against Everton were disrupted after fire engines rushed to the Lowry Hotel. 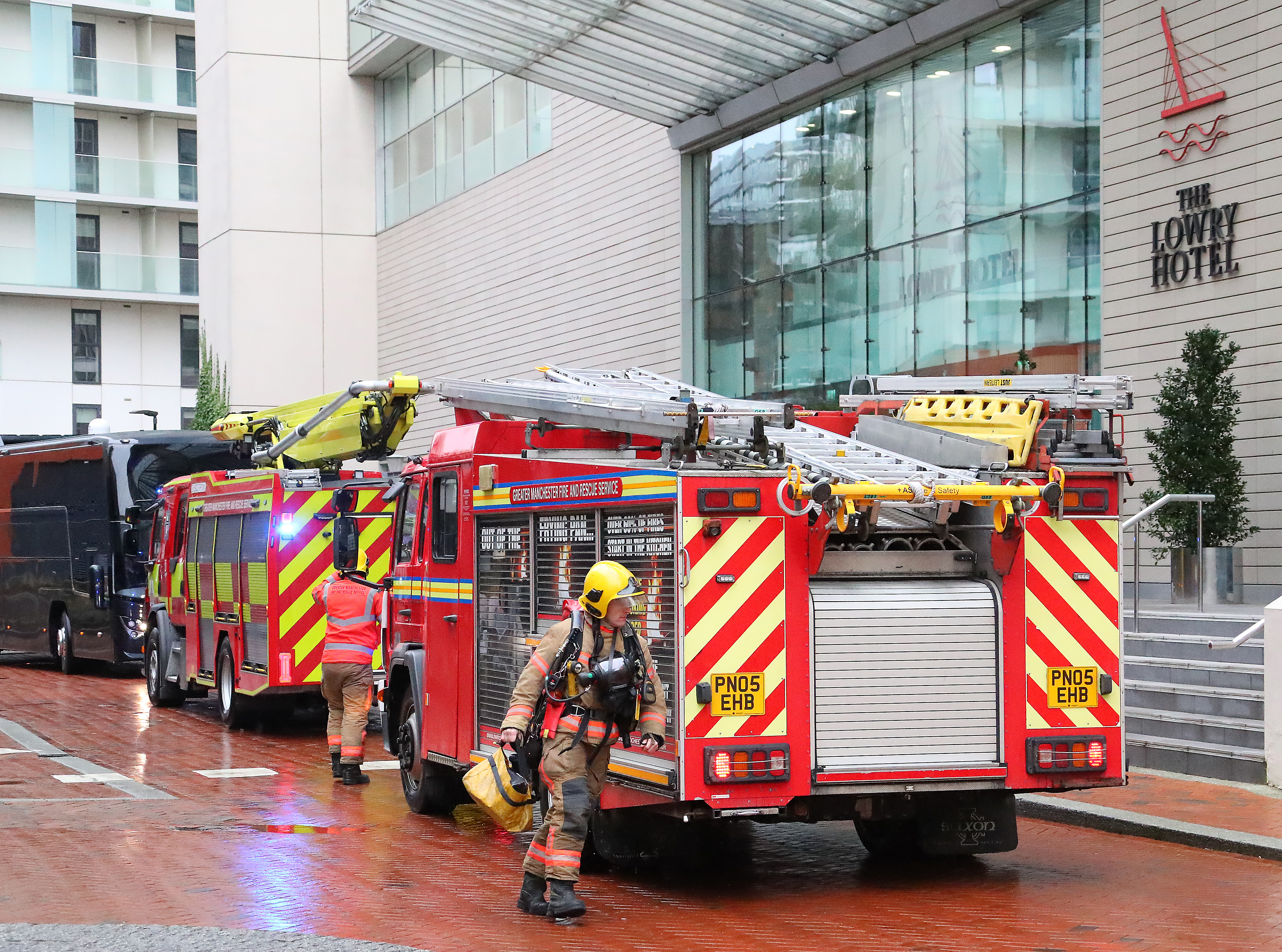 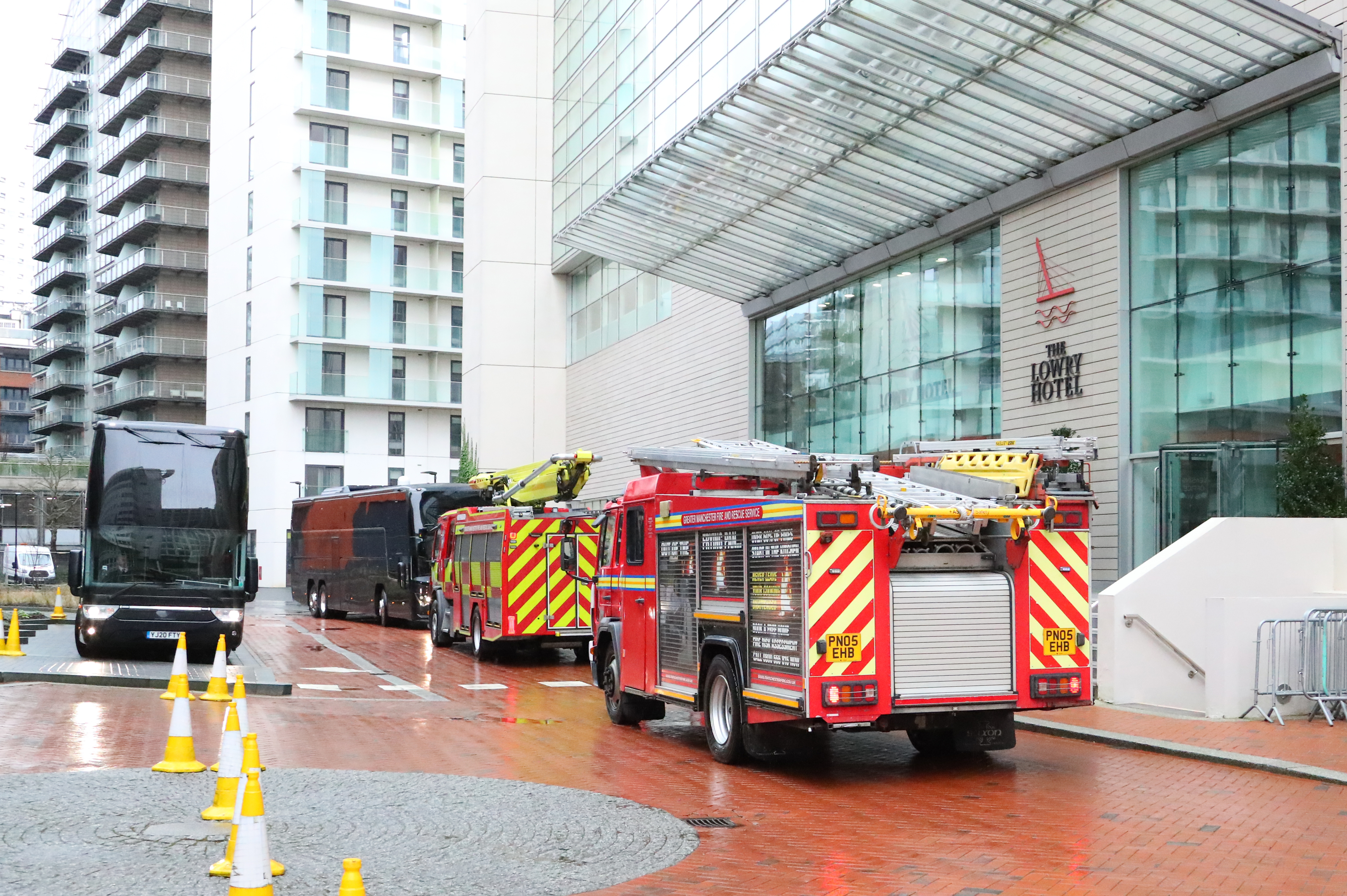 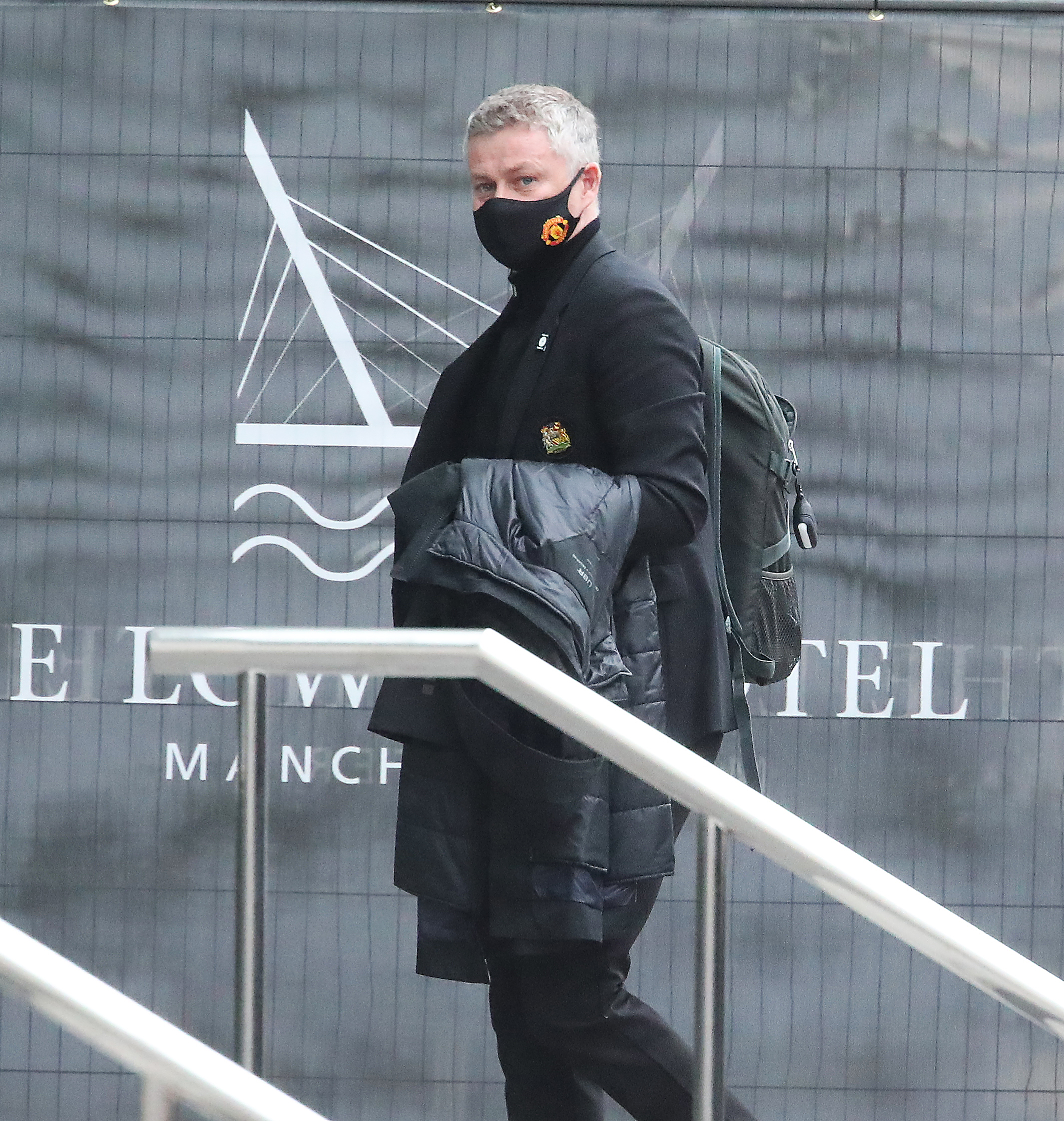 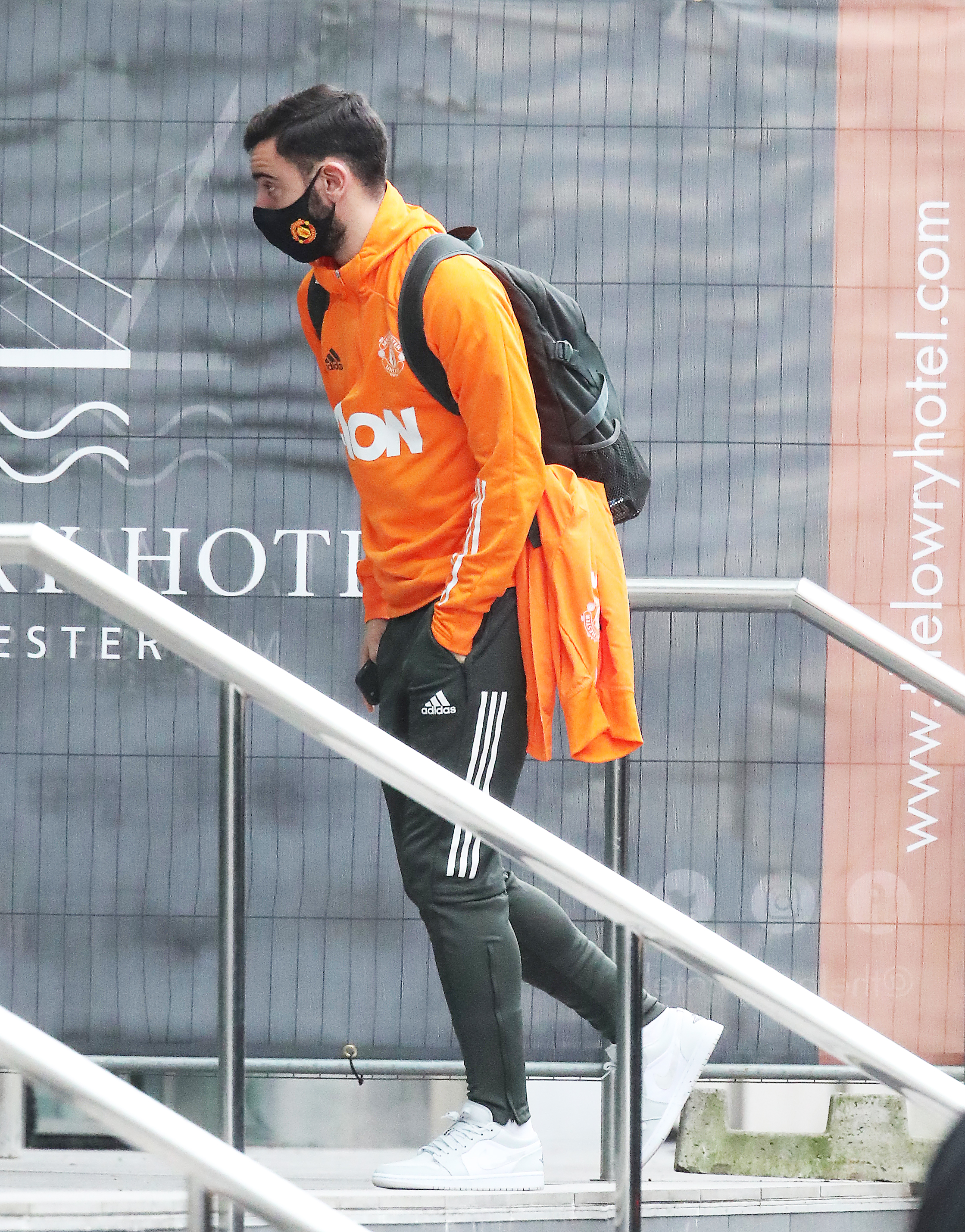 United's squad had pulled up just before 1pm with Ole Gunnar Solskjaer, Bruno Fernandes and Harry Maguire all snapped at the Lowry.

But just one minute later two fire engines had raced around the corner with firemen in full gear following in after the players.

However, it seems it was only a false alarm as the firemen soon returned to their trucks.

The Mirror suggest the alarm may have come from the kitchen.

United stay at the Lowry prior to all home fixtures with Solskjaer even living at the Salford base when he was the club's temporary manager.

He only decided to move out once Ed Woodward confirmed he had the job permanently.

And the Norwegian admitted that RB Leipzig booking out the Lowry when they faced United in the Champions League affected his side preparations.

Former boss Jose Mourinho lived at the luxurious hotel for the entire time that he was in charge at Old Trafford.

The incident is less than ideal preparation for United with some first team stars often relying on power naps before evening games.

The Red Devils take on seventh-placed Everton at 8pm having originally been set to face the Toffees on Monday.

Yet the fixture was moved due to Tuesday's FA Cup fixture against West Ham.