NSW coach Brad Fittler appears set to sweep the broom through the Blues line-up this year with close confidant Phil Gould predicting his side for State of Origin I will shock everyone. 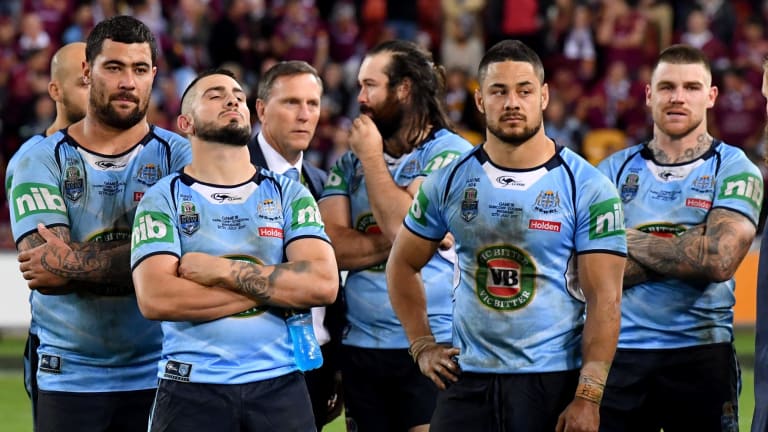 After taking over from Laurie Daley, Fittler is being tipped to wipe the slate clean as the Blues seek to lift the Origin shield for just the second time in 13 years.

Despite NSW blooding 10 players over 2016 and 2017, Fittler is expected to tear up last year's side and start fresh with an in-form, hungry young group who haven't been scarred by Queensland's decade-plus of dominance.

"Everyone will be surprised when Brad Fittler not only names his halves, but names his team.

"We can just wipe out everything we've been talking about."

Penrith half Nathan Cleary will also be watched very closely as he makes his return from a knee injury against the Wests Tigers on Thursday.

"I think he's going to look at the last 13 years and say 'well what's that got us? That's got us nothing'," Gould, NSW's most successful Origin coach, said.

"They're going to struggle to pick a really strong forward pack.

"He's thinking now is a good time to not just pick a team for this year but for the future.

"I'll be very surprised if he doesn't bring in a young group of players that he thinks are in good form and can be Origin players."

Incumbent NSW and Australian prop David Klemmer admitted there were no givens at the selection table in the new Fittler era.

"All I can concentrate on now is playing footy for the Bulldogs."