FRANK LAMPARD is now just a week away from making his Premier League bow as Chelsea manager after a packed month of learning on the job about his squad.

Chelsea face Manchester United at Old Trafford on August 11 in what promises to be a major test of Lampard and his new-look Blues side. 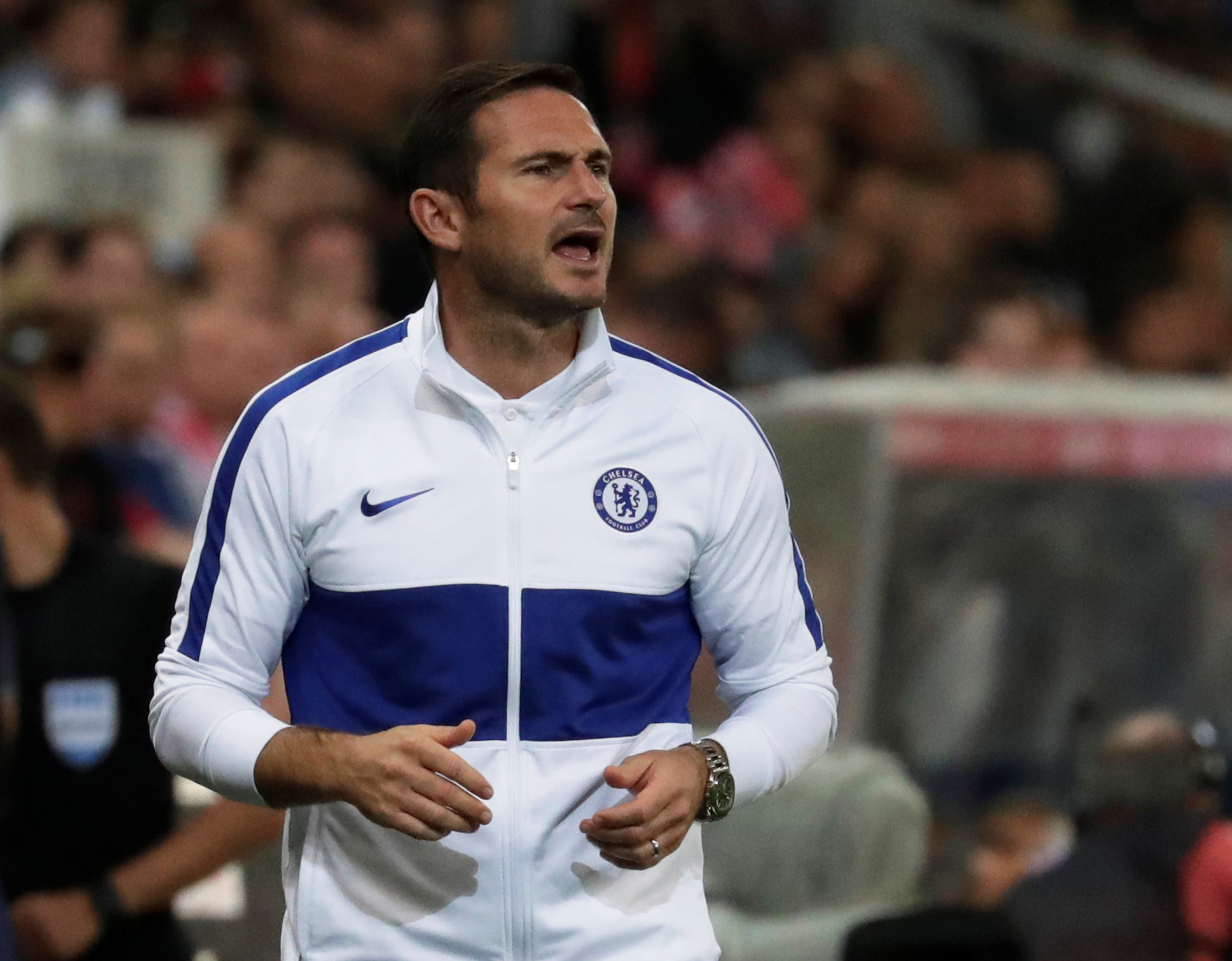 Having given every member of his squad the chance to stake a claim for a place in his plans, the boss and his coaching staff are now finalising their team and tactics ahead of the big kick-off.

They play their final pre-season friendly on Saturday away to Borussia Monchengladbach as Lampard and assistant Jody Morris get their last chance to formulate their plans.

But after four wins out of six warm-up matches so far, there is already plenty they know – and a couple of areas which are causing concern.

Having worked with the playmaker throughout last season at Derby, there is little Lampard will not have known about his game.

But it is one thing performing with Championship players, another having the character and ability to come into the senior squad and flourishing. 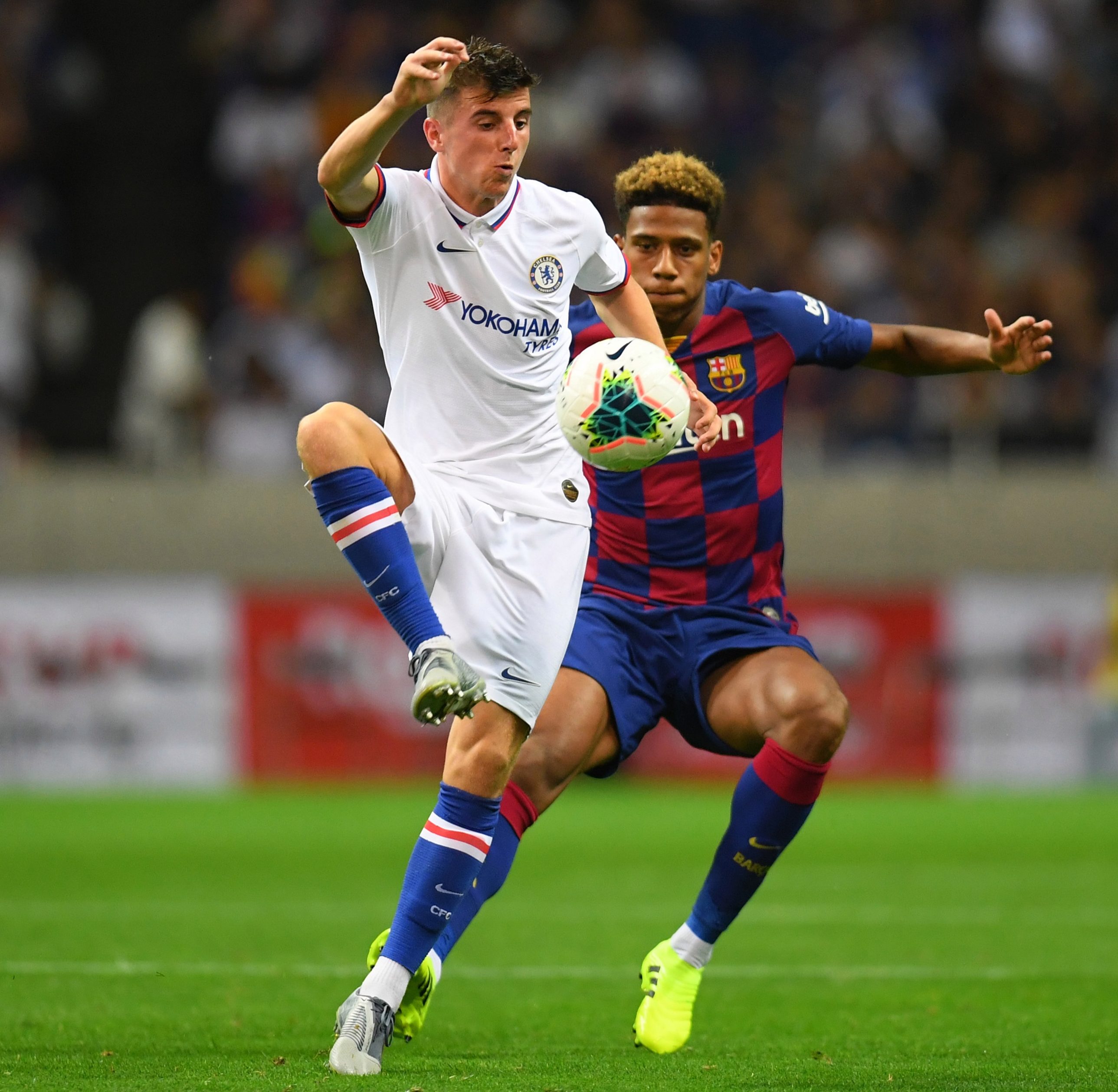 Mount, 20, has looked more than comfortable assuming the creative midfielder role throughout pre-season, scoring three goals in the process.

He has settled in well with the big boys and with every passing match, shows he has the game and the temperament to thrive.

It looks a straight fight between the youngster and Ross Barkley for a start at Old Trafford, and while the England international may get the nod for that game, Lampard is in no doubt his young protege will be figuring heavily this season.

Pulisic has the X-Factor

Arriving at a club like Chelsea for £60million as a 20-year-old is a daunting prospect alone, but the injury to Callum Hudson-Odoi and departure of Eden Hazard heaped even more pressure on the American.

The winger made a good early impression by cutting short his allowed holiday after Copa America duty to link up with Chelsea as soon as he could.

And with ever match since then, Pulisic has started to show exactly what all the fuss is about.

He is a flying machine down the left and scares defenders to life with his direct running, with the ability to cut inside or beat his man on the outside. 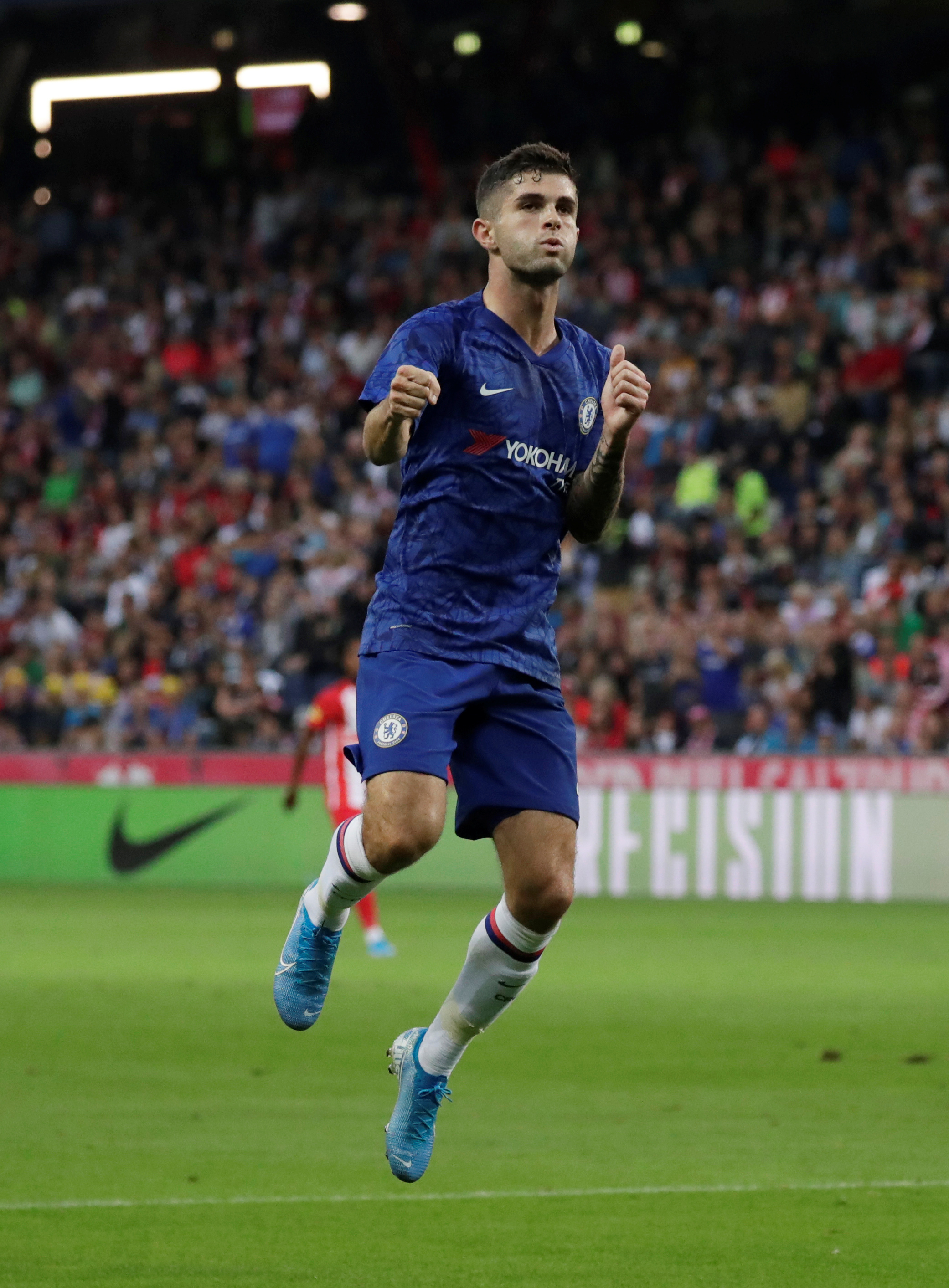 There's no point comparing him to Hazard, who is a one-off. But Lampard already knows can let the speedy winger off the leash to wreak havoc.

One of the negatives of the pre-season has been the amount of goals being shipped so far, nine in the six matches played.

One of the reasons can be tracked back to one thing – the absence of N'Golo Kante until now.

Kante is one of the best in the world in the centre of midfield, breaking up attacks and reading the game so well.

He provides such incredible protection for defences when he is on his game, and that has been an area of weakness throughout pre-season.

Chelsea are stacked full of attack-minded midfielders, and that can leave them exposed as they press high up the pitch.

Kante fit and firing will be integral to Lampard being able to adopt the tactics he wants this season.

Kovacic can be a shock star

There were few Chelsea supporters too happy when the club decided to take up the £40m option to sign Kovacic on a permanent basis, but he's thrived in pre-season.

Released from the constraints of Sarri-ball, the former Real Madrid man has looked a different animal completely in midfield and has to be in with a great chance of staring against United.

The 25-year-old from Croatia has been fit, energetic and a strong force in the midfield when he has played – and has no shortage of quality in possession.

Kovacic is a quality player, and Lampard now knows it.

Zouma is an upgrade on Christensen

The absence of Antonio Rudiger is a major blow and leaves Chelsea needing to find the right combination in the heart of the defence.

David Luiz appears to be a shoe-in starter for Old Trafford – leaving Andreas Christensen and Kurt Zouma battling it out to play alongside him.

Christensen was the man in possession of the shirt, if you like, having played throughout last season while Zouma was out on loan.

But the Dane struggled to really impose himself as a centre-back who could dominate opposition strikers.

Zouma, on the other hand, has come in on the back of his impressive form at Everton last year and shown through pre-season that he looks to be the answer. 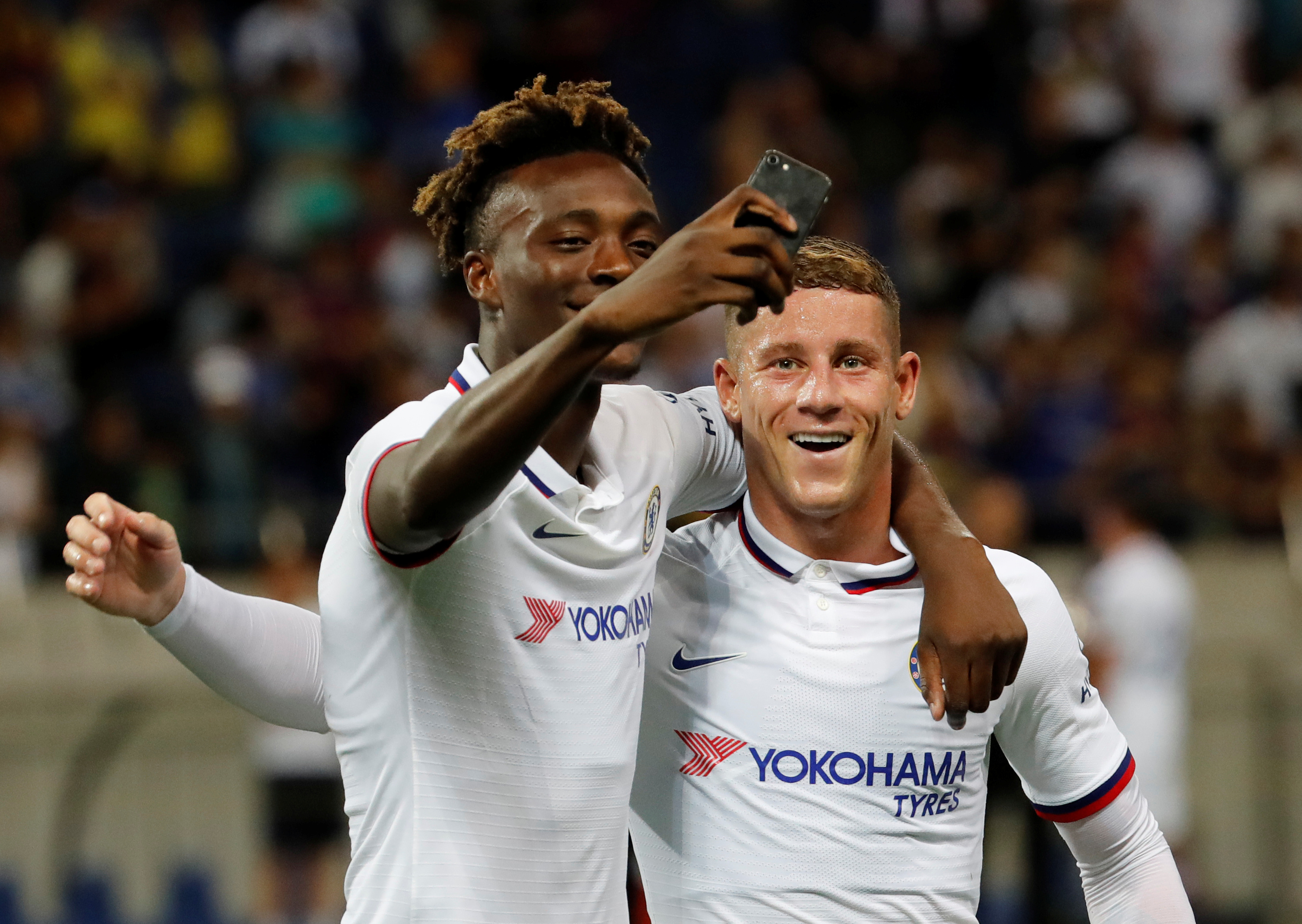 He has similar pace and technical ability to Christensen, but also has added physical presence which is vital with Luiz playing alongside.

He looks the better bet for Old Trafford.

And two areas of concern for Lampard…

It was always going to be a cause for worry, but so far neither Tammy Abraham or Olivier Giroud have convinced that they are the main man for hitting the goals this season.

Both have been given a fair chance in pre-season yet they have not been too sharp when the chances have come along.

Chelsea badly need a striker who can score 15-20 goals for them this season – it is an area in which their squad is weaker than any of their rivals in the big six.

Abraham is a rough diamond, unproven in the Premier League and backing him to start will be slightly putting faith in the unknown.

But he's looked a lot sharper in pre-season than Giroud who appears to have been plodding around at times.

Mobility up top will be crucial if the Blues are to play the high press, and Abraham certainly has that. Does he have the goals though?

Luiz is still and accident waiting to happen

Leopards do not change their spots, and though he is the senior man we have seen enough in pre-season to know David Luiz is not about to become a rock at the back.

He's great on the ball, and when he is on song he can be a joy to watch – and play alongside.

But those lapses in concentration have already been evident in pre-season. The standard of opposition has not been too good in those games either (Barca aside).

The best Lampard can hope for is to limp through until Rudiger is feet, and at least he would have someone with a little more reliability at his disposal. 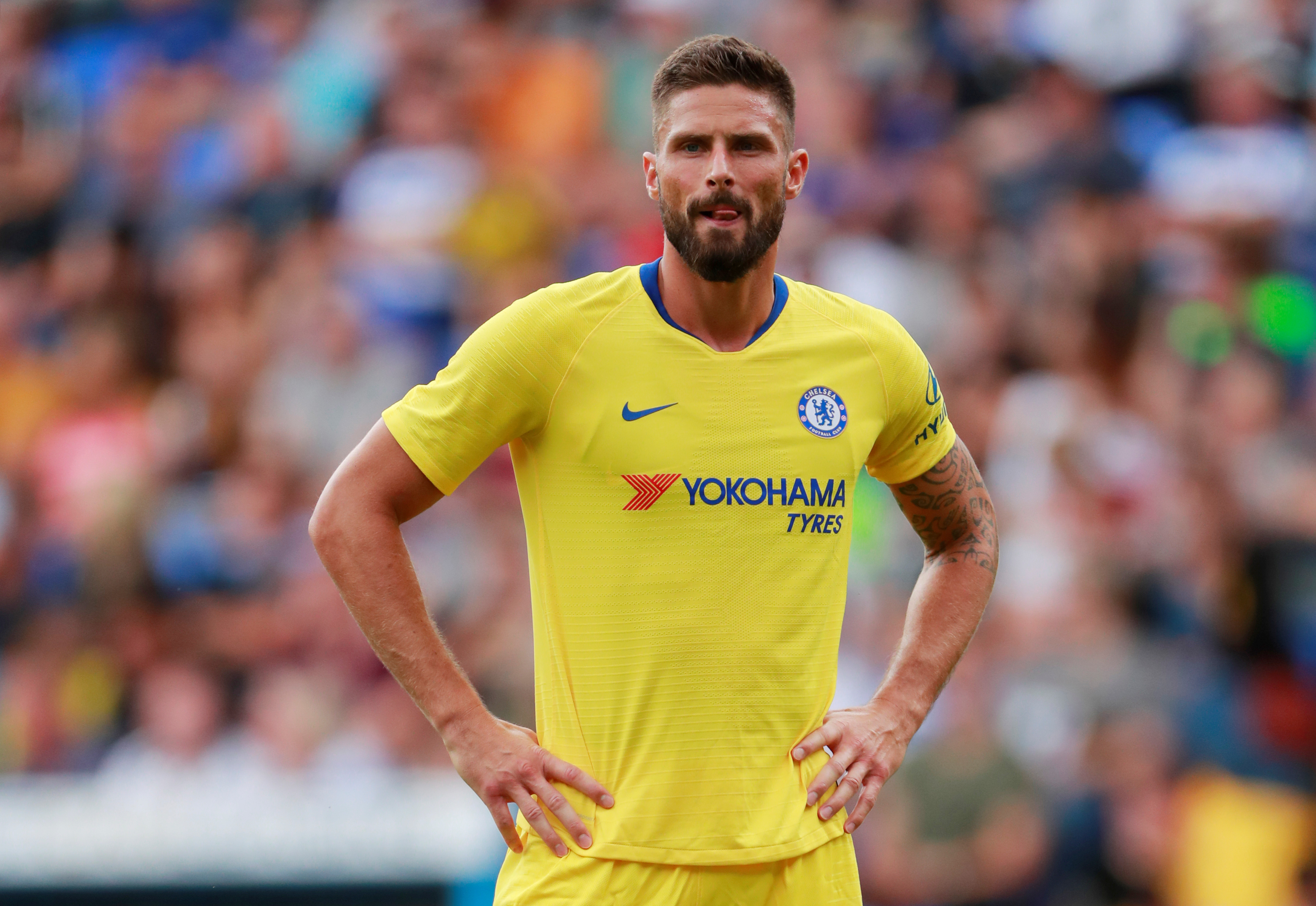