Flashback: The 1974 World Cup, Australia arrives on the world stage

Suddenly soccer is the dinkum article

The benefits to soccer from Australia’s participation in the World Cup finals will not be felt immediately, but a side benefit is already obvious.

The Cup has certainly done a lot to break down even further the Australian xenophobia. 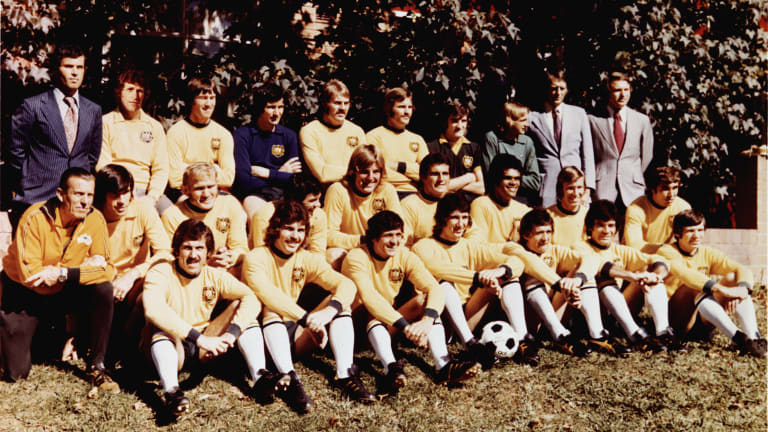 The Australian soccer team for the 1974 World Cup, pictured at Wahroonga, NSW.

We’re the underdogs among world’s soccer powers and Australians have always backed the underdog.

Australia has reached the World Cup finals for the first time. At its first attempt in 1965 it was thrashed twice by North Korea and in 1969 it missed out by a solitary goal after a qualifying tournament that took the team half-way around the world. 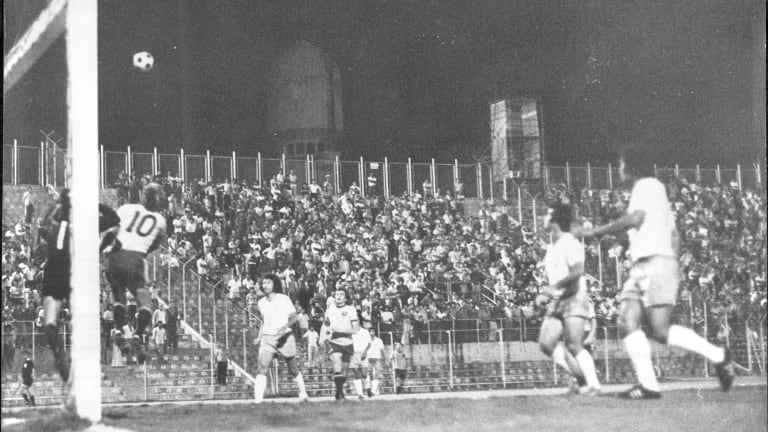 Australia loses to Israel 2-1 in a friendly just prior to the World Cup in 1974.

It’s been estimated that 1000 million people – from Santiago to Sofia, from Helsinki to Hobart – will watch the final of the series on TV.

This number rivals even the combined congregations at the world’s Christian churches at Christmas.

The soccer audience is also expected to be bigger than the one which watched man take his first steps on the Moon.

All this is not as surprising as it seems. During the World Cup finals, millions of people throughout the world merge themselves into a strange sub-culture. To these people Becekenbauer means much more than Nixon; they know Johan Cryuff well but the name Giscard d’Estaing means little to them.

The full effect of Australia’s presence among all this hysteria won’t be felt for quite a while, for the greatest impression will be left not on out adults but on our children – especially our junior soccer players. 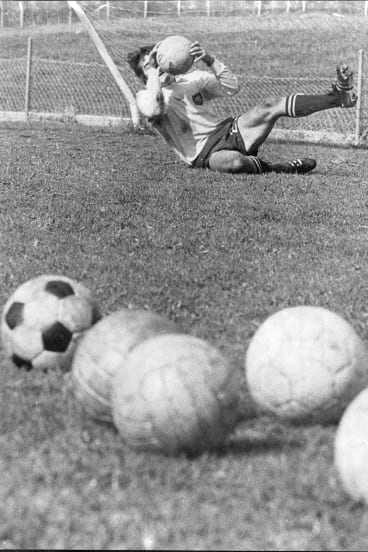 Goalkeeper Jimmy Milisavljevic participates in a final training session in Australia prior to the World Cup in 1974.

“Youngsters will turn their eyes towards soccer because they will see what it is to compete at the world’s top level. A star image will be created for our players. Newspapers and TV will carry pictures of the Australian soccer team, where in the past they featured Brazil or England or Italy.”

Australian Rules people are aware of the soccer threat.

Recently I discussed possible professionalism in Aussie Rules with Ron Barassi. He said it would come much more quickly if there were no threat from the affluent life – and from soccer!

Junior soccer has been growing in Australia at a rate of up to 15 per cent a year.

With possible appearances in the World Cup finals as a carrot dangling in front of them, youngsters are expected to flock to soccer in even greater numbers.

The high hopes of soccer administrators that the World Cup excitement will immediately swell crowds at club games are little more than pipedreams.

Although crowds in Victoria are fractionally up, I have yet to meet a “World Cup convert” who says he will now watch club matches.

Invariably, they tell you: “I’ll watch the English matches on TV but the local stuff is rubbish.” 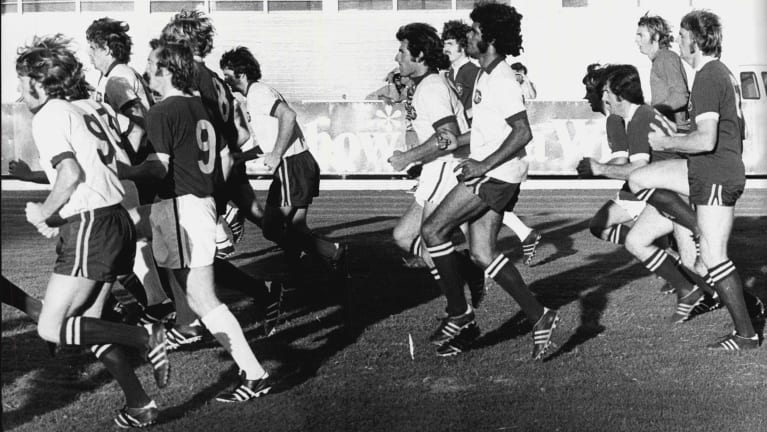 The Australian soccer team trains for the World Cup in Sydney, 1974.

The Australian Soccer Federation sees the current atmosphere as an ideal one in which to push along formation of a national league.

Clubs throughout Australia have been invited to take part in a feasibility study into such a league, which is expected to start in 1976.

Despite the riches flowing to soccer, its administrations still leaves a lot to be desired.

Our team left Australia poorly prepared for the task in front of it, because narrow-minded parochial club officials in Sydney would not agree to an adequate training programme.

In Melbourne, GTV-9 has complained that it is being given only token assistance by State League clubs.

The Australians – part-time players who will be pitted against fanatical professionals in Germany – have faced many hurdles in their march to finals.

Last year, communications broke down between star goalkeeper Jack Reilly and coach Rasic, resulting in Reilly being dropped from the squad.

He is back now but has missed the vital experience of the qualifying rounds.

Former left back Bobby Hogg broke his leg in a Sydney club match last year and his successor, Col Curran, injured his knee against Indonesia in Jakarta on May 21.

The bulldog persistence of truck driver Curran served him well however and, after a torturous rehabilitation programme, he may now be fit enough to play in the finals. 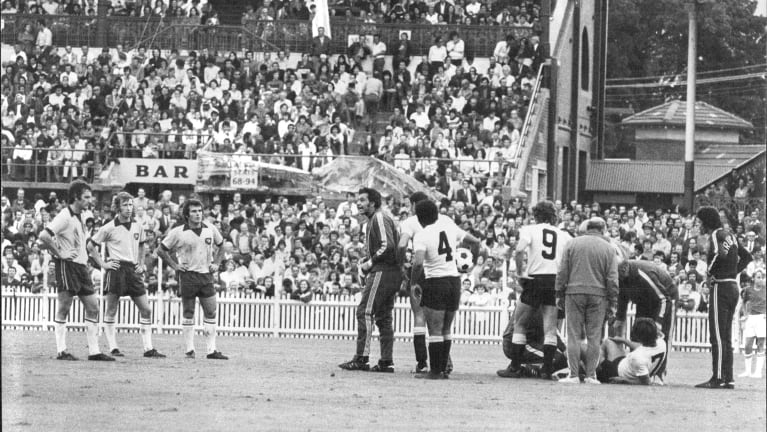 Star Midfielder, Ray Baartz is felled by a karate chop in a friendly against Uruguay just prior to the World Cup in 1974.

The most vicious blow of all came in Australia’s match against Uruguay when a karate chop felled star midfield player Ray Baartz and put him out of the World Cup squad.

Ever since that day, Rasic has wracked his brain trying to find a suitable replacement for the most capped of all Australian footballers.

We will know soon how Australia measures up to its mammoth task in West Germany.

Arie van Gemert said: “The Australian soccer team is not worth a penny. Australia is at least four classes lower than the weakest first division team in Europe. I told the Australians they would not win a match in Germany.”

Mr. Marmaras said: “They laughed at me when I predicted 10 years ago that we would be in the World Cup finals. Now that my prediction has come true, I say young Australians in another 10 years will be the world’s best soccer players.”