ARSENAL teenager Folarin Balogun has signed a new four-year contract at the Emirates.

Securing the 19-year-old will come as a huge boost to the club with the striker being heavily linked with a move away in recent weeks. 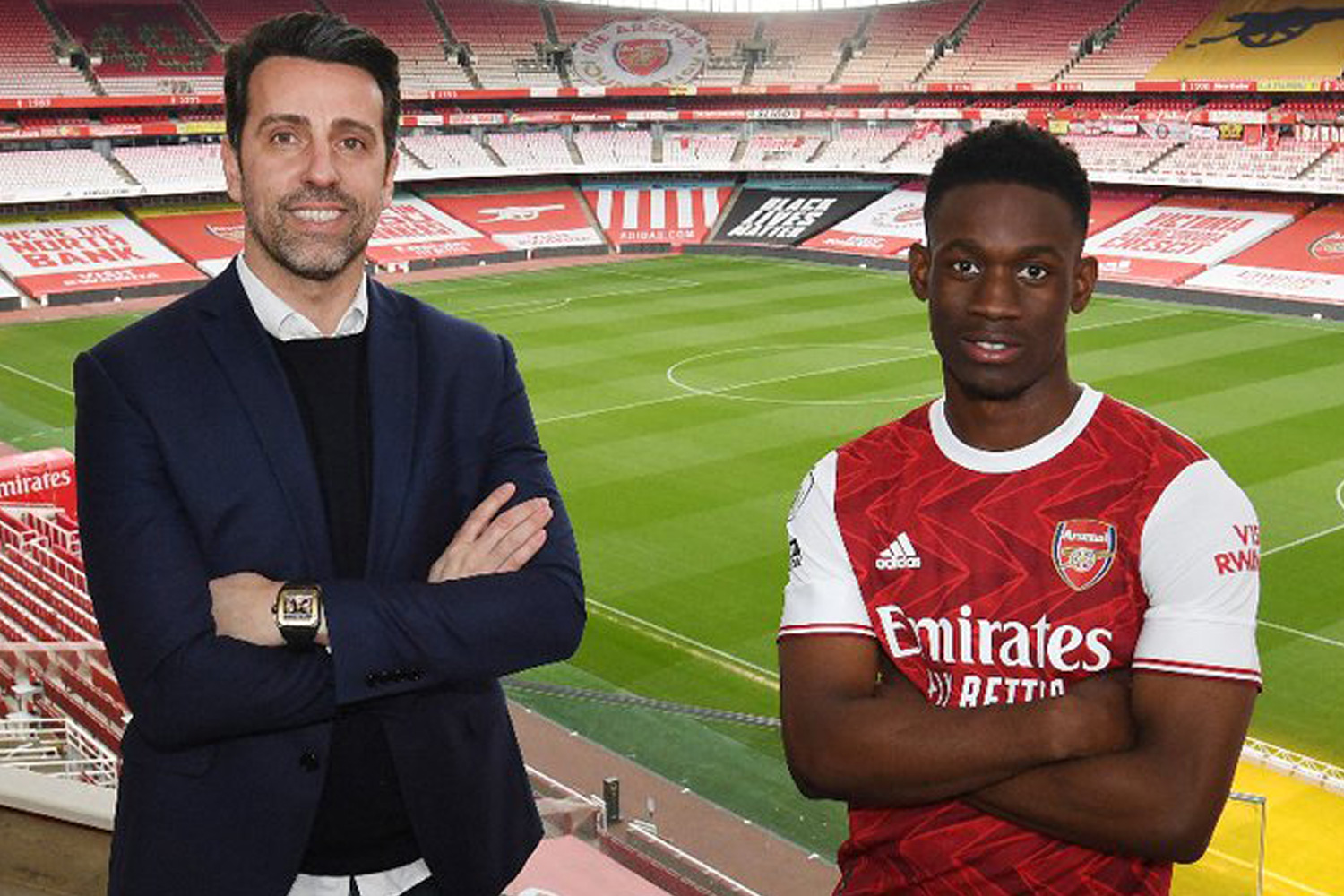 Arsenal announced the news on Monday afternoon. And Balogun confirmed the deal will run until 2025.

He tweeted a picture of himself at the Emirates alongside the caption: "My home. My heart. See you soon Gunners. Balogun2025."

The New York born star has been at Arsenal for 10 years since he was nine and has been playing on the scholarship contract he signed in July 2017.

The Gunners' statement read: "Folarin Balogun has committed his future to us by signing a new long-term contract with the club.

"[Balogun] has continued his impressive development this season, making his first-team debut and scoring his first goals at senior level.

"Known as Flo among his team-mates, the academy graduate has scored twice from his six first-team appearances this season, with both goals coming in the Europa League group stage, away at Molde and Dundalk."

Balogun has played for both England and the USA at youth team level.

Arsenal's statement continued: "[Balogun] has continued to make an impact in our academy this season, scoring eight goals from his 18 appearances in the PL2 and EFL Trophy.

"Everyone at the club would like to congratulate Flo on his new contract and we look forward to his continued development."

SunSport reported in February Arsenal were not giving up hope of tying Balogun down to a new deal.

It had been claimed Bayer Leverkusen, Stuttgart and Rennes were just three clubs that were monitoring the forward's situation in North London.

In total, FIFTEEN teams were said to be keeping tabs on the youngster in the winter transfer window.

But Arsenal have finally got the deal over the line and Gunners boss Mikel Arteta was delighted.

He said: "We have been extremely impressed with Flo this season.

"He has continually shown his natural ability in many training sessions with us and we have been equally impressed with his early integration into the first-team squad on matchdays.

"He has given us glimpses with the performances and of course with his two goals already for the first team.

"The hard work starts here for Flo and we are all looking forward to supporting and working with him in the years to come.”

Technical director Edu added: “It’s great that Flo will continue to be with us.

"He is a very promising young talent and has already shown so much quality in his performances.

"We are all looking forward to working with him during his continued development in the coming years.”