I have it on good authority that Richard Goyder, the chairman of the AFL Commission, cares about what football means to small communities. So do I.

Some find talking about grassroots footy sentimental. I think it’s hard-headed – if the game shrinks at the bottom, it does at the top. We have seen in Tasmania that the game’s decline at grassroots has been reflected in a decline in Tasmanians being selected in the AFL men’s draft.

My point is simple. Footy at the bottom and footy at the top are two very different faces of the one entity. When I hear that another grassroots/community football club has gone under, I am always reminded of a verse by the 17th century preacher, John Donne: ''Ask not for whom the bell tolls, it tolls for thee…” Who is the loser? The game is the loser.

Last week, the committee of the Fish Creek Football and Netball Club wrote an open letter to Goyder and the AFL Commission to draw urgent attention to the plight of grassroots football. I connected with Fish Creek 20 years ago when I was invited to South Gippsland to experience this remarkable club. The town of Fish Creek is credited with a population of 200. Since 1895, its football club has won 36 senior premierships – one every 3.4 years of its existence.

In 1999, I saw them lose a grand final. They only managed a single goal against the same team in the second semi-final, but in the grand final they challenged in the final term, kicking four in a row. They never give up without a fight. That’s why they’ve written their letter. They believe their highly motivated, highly successful club – a Hawthorn of the bush – is, through no fault of their own, dying before their eyes.

Basically, Fish Creek is the victim of successive restructurings. Finding themselves in a weaker competition than the ones they have previously prospered in, they also find their players and supporters starting to drift away. Fish Creek isn’t Fish Creek any more.

The committee of the Fish Creek club has warned that football could die in its district. When I was growing up in Burnie on Tasmania’s north-west coast, there were six kids of that era who went on to play VFL/AFL football. Now Burnie can’t support a team in the Tasmanian Statewide league. Australian football is a mid-19th century invention. Once it dies in a place, I don’t believe it can be grown back given the radically different values of the early 21st century. 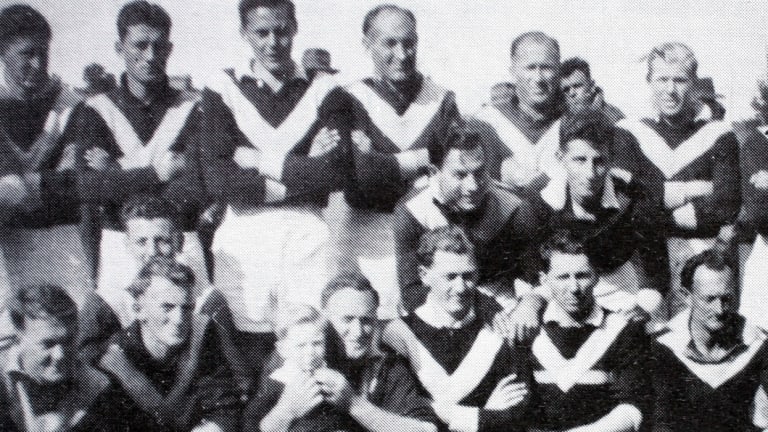 Flashback: The Fish Creek team for the 1952 grand final.Credit:Wayne Taylor

John McCann, the president of Tasmania’s Glenorchy club, describes grassroots footy as an “ecosystem”. Ecosystems can collapse. This week, McCann said, “The health of the magnificent game we call Australian rules and its existence in communities, leagues and clubs all around Australia – the real custodians of the game – does not appear to be a priority for the AFL. Even worse, the loss of local clubs seems to be regarded as acceptable collateral damage.”

The past 20 or so years in the history of Australian football is liable to be remembered as the period when the bureaucracy of the game actually took over. Earlier this year, after the AFL finally appeared to realise it had a crisis in Tasmania, the AFL leadership had to be cajoled into meeting the presidents of the Tasmanian Statewide League clubs. Afterwards, the TSL presidents released a statement saying the AFL’s proposal “leads one to the conclusion that they [the AFL] are interested in harvesting our young talent for the AFL but not so interested in other components of footy in the state”.

That’s not good enough. Not nearly, particularly given the challenges the Australian game will face in this century. This year, I watched a game in north-eastern Victoria. The president said to me, “We used to have a bloke up here who ran the competition efficiently for $1800. Now we have an office with seven people that make mistakes and we pay them an $8000 licence fee.” Wherever I go in Australia, I hear similar stories of disjunction between the game and those administering it.

Fish Creek’s letter to the AFL Commission has drawn a line in the sand nationally. To again quote McCann, “AFL Docklands has assumed ownership of the game across the country but struggles to understand its own core role and responsibilities in regards to 'the game'. Mr Goyder please show us you and your colleagues understand.” 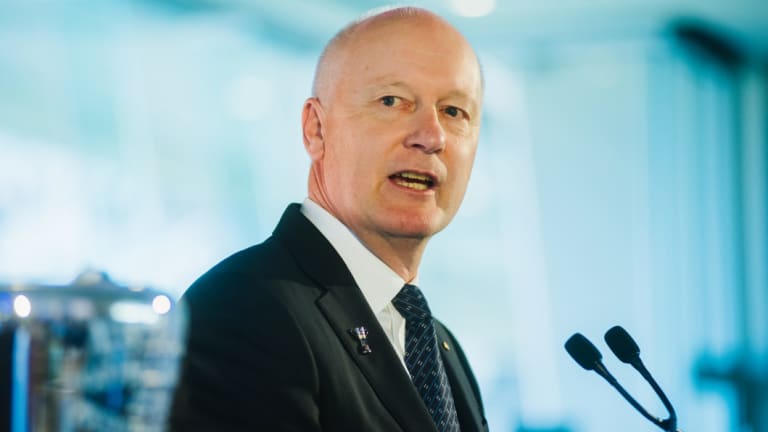