The supposed star was stopped by cops for a number of offences on Saturday. 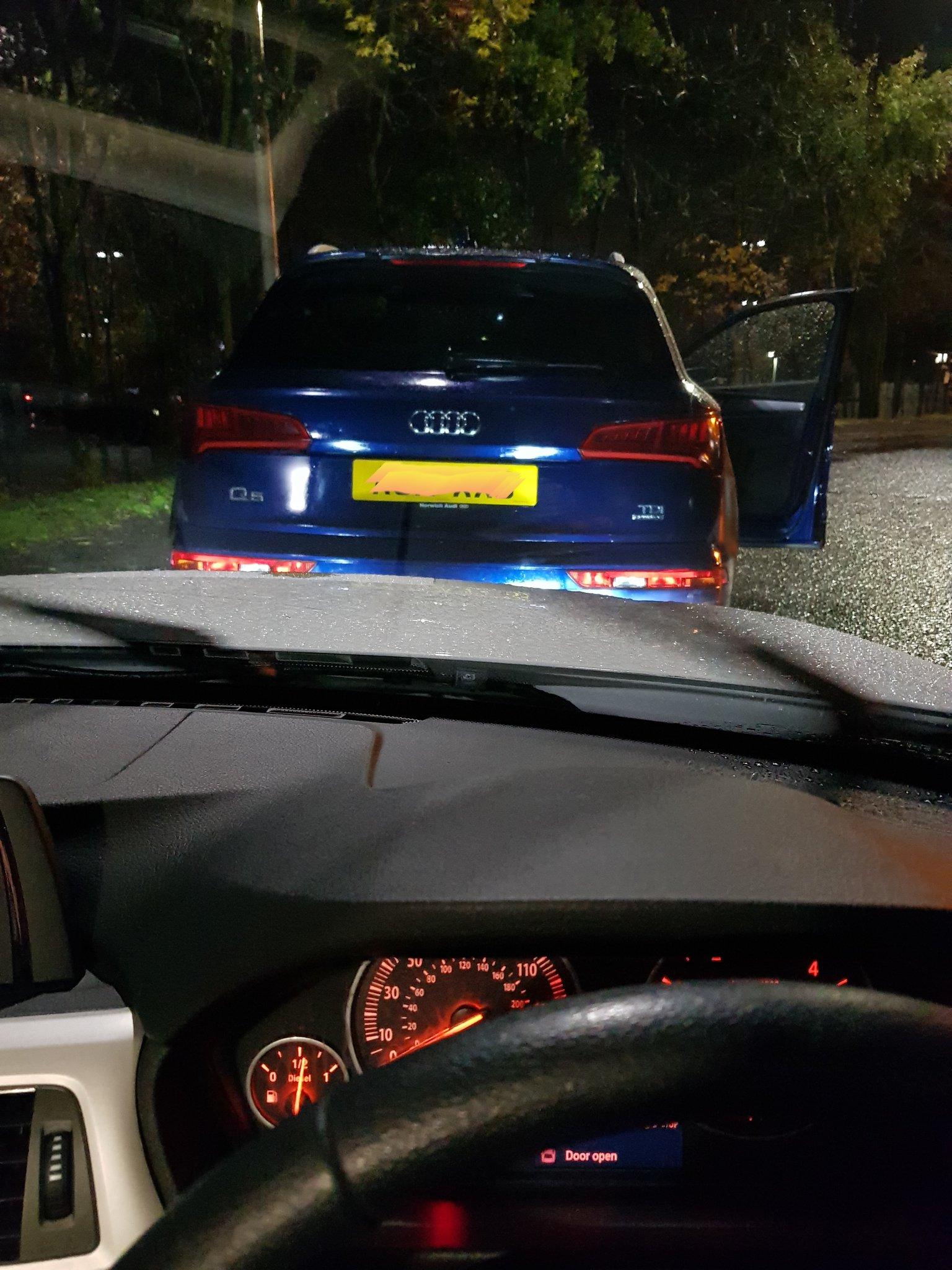 An individual was pulled over after they were spotted texting at traffic lights in South Mimms, Hertfordshire.

But that was not the only foul play the ace was caught offside for after he was caught on his mobile beside the marked police car.

The Old Bill also reported him for having two bald tyres and no insurance – and they seemed to revel in it.

A tweet from the traffic police said: “He has more points than his football team he plays for as a pro.” 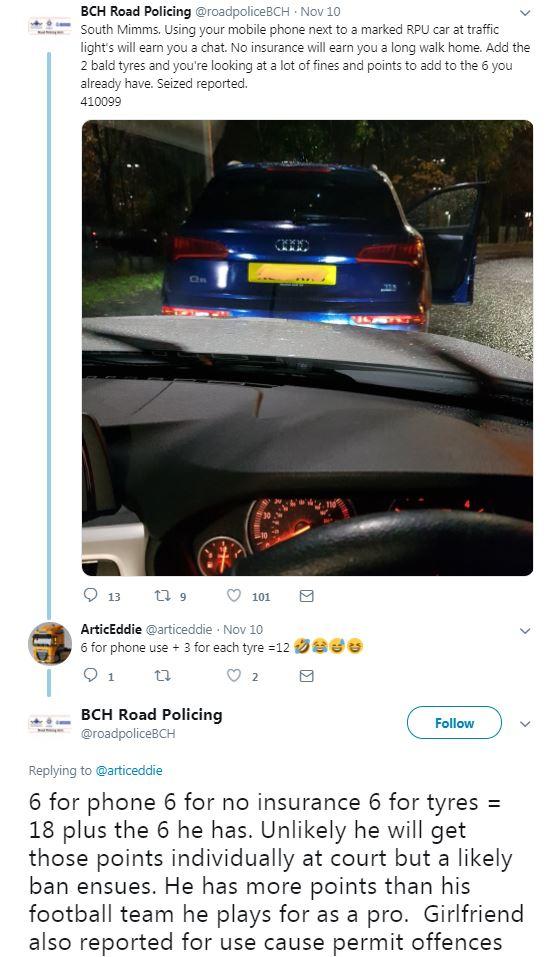 Bedfordshire, Cambridgeshire and Hertfordshire Road Policing Unit (RPU) have confirmed the culprit does not play for a Premier League club.

Another tweet said: “Using your mobile phone next to a marked RPU car at traffic lights will earn you a chat. No insurance will earn you a long walk home. Add the two bald tyres and you're looking at a lot of fines and points to add to the six you already have.”

And a further twitter post continued: “6 for phone 6 for no insurance 6 for tyres = 18 plus the 6 he has. Unlikely he will get those points individually at court but a likely ban ensues. He has more points than his football team he plays for as a pro. Girlfriend also reported for use cause permit offences.”

The forced confirmed the man is now likely to get a driving ban after he was reported for all of the offences and his car was seized.