For Federer and His Fans, a Chance to Leave Wimbledon Behind

On Sunday, the day before the United States Open, Matt Manning, a 38-year-old technology consultant, was strolling the grounds in the breeze and the sunshine while wearing an “RF” T-shirt.

This has been a difficult period for Manning, as it has been for many a Roger Federer fan.

Memories of Federer’s loss to Novak Djokovic in last month’s Wimbledon final have been particularly hard to shake, all the more so because Federer held two match points on his serve in the fifth set.

“I woke my 10-year-old son to watch it with me at 4 or 5 in the morning,” said Manning, who followed the final on television at home in Seattle. “I was on edge every point, and I just remember my son asking me why I was swearing because I never really do. But I was so mad, so mad it didn’t happen, and I hung on to it all day. It’s tough to move on, but I think Roger is going to move on better than I did.”

That remains to be determined.

The defeat against his edgiest rival at the tournament Federer holds dearest certainly looked like a roundhouse punch to the gut.

“It has to hurt; it has to still hurt,” said Goran Ivanisevic, the former Wimbledon champion who has helped to coach Djokovic this summer. “There’s no way it can’t.” 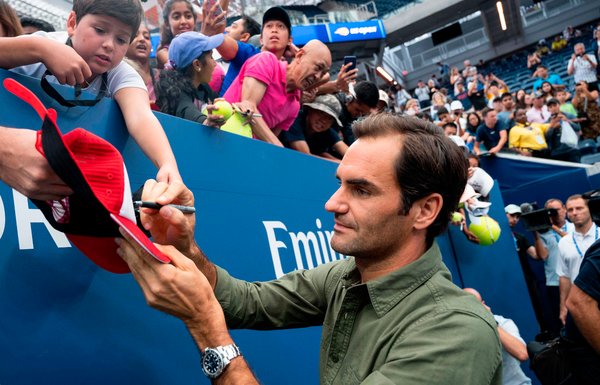 “I didn’t have that much time thinking about all the missed opportunities,” he said. “I was setting up tables and organizing my life for my four children, driving around the beautiful countryside in Switzerland. Sometimes you have flashbacks, things like, ‘Oh, I could have done that, should have done that.’ The next day you’re having a glass of wine with your wife thinking, the semis was pretty good, even the finals was pretty good. You go in phases.”

Still, with his tour of Switzerland complete, Federer looked as if he might still be reeling when he returned to competition at the tour event in Cincinnati this month. There, he lost to the young Russian Andrey Rublev in straight sets in only 62 minutes in the round of 16.

Those who know Federer well say that he has an uncommon capacity to reboot and rebound. And as he prepares to begin his 19th U.S. Open on Monday night in Arthur Ashe Stadium against the qualifier Sumit Nagal of India, Federer, 38, indubitably has more experience than just about anyone in navigating the peaks and troughs of professional tennis.

“I’ve never met anyone who does a better job of finding the balance of appreciating things when they win and moving on or when stuff like Wimbledon happens of letting it go and moving on,” said Paul Annacone, Federer’s former coach.

Annacone was working with Federer when Djokovic beat Federer in the semifinals of the 2010 and 2011 United States Opens, fighting off two match points in those matches before prevailing.

“I was like, how does that happen two years in a row?” Annacone said. “It was incredible to even imagine it, and so when it happened at Wimbledon, I literally couldn’t believe it.”

But Djokovic clearly had faith, and why shouldn’t he have had it after turning the tables twice before?

He, not Federer or Rafael Nadal, has become the best big-match closer in the game. Djokovic holds winning career records over both men: 26-22 over Federer and 28-26 over Nadal.

Along the way he has developed an admirable resistance to hostile crowds and sentimental narratives. Federer and Nadal remain more beloved in most parts of the world, but that in no way makes Djokovic a tennis villain.

“I think when Roger leaves, the fans will embrace Djokovic if he is still around,” Manning said. “But the young guys will have to rise at some point.”

For the moment, Djokovic, 32, is back at No. 1 by a large margin and has won four of the last five Grand Slam singles titles. His only major defeat in that stretch came in gusting winds and five sets against Dominic Thiem in a French Open semifinal in June that required two days to finish.

But after finding a way at Wimbledon to break Federer’s serve and momentum when he needed it most, Djokovic should be flying particularly high even if he blew a lead of his own to lose to the 23-year-old Russian Daniil Medvedev in three sets in the semifinals in Cincinnati.

“When you win that kind of match the way Novak won it at Wimbledon, it gives you confidence to the roof,” Ivanisevic said.

He added that Djokovic can now see himself catching Federer and Nadal in the race for the men’s record for Grand Slam singles titles. For now, Federer holds the mark, with 20. Nadal ranks second with 18, and Djokovic sits third with 16.

“It’s going to be a very good race,” Ivanisevic said.

It hardly requires a lively imagination to envision Djokovic making it to 20 with his renewed ability to thrive on all surfaces after an extended slump and with his meticulous focus on diet and flexibility.

“I am 32, so things are a little bit different than they were 10 years ago, but I still feel young inside and outside,” Djokovic said Saturday. “I still am very motivated to keep going. It always has been the case, but especially now more or less everything is about Grand Slams in terms of how I see tennis and how I approach them because, you know, they matter the most.”

It was in part the Grand Slam chase that made Federer’s defeat at Wimbledon so poignant for his fans. Converting one of those match points would have allowed him to extend his lead over Djokovic to six Grand Slam titles. Losing shrunk the gap to four.

“I think the thing that hurt is knowing that Roger probably has a couple of years left, if that,” said John Richburg, a 35-year-old Federer fan from Albany who was at the National Tennis Center on Saturday. “It was sad. I felt for him and his family, but at the end of the day that’s the thing about tennis: You’ve just got to finish.”

And for Federer, tough as it might be for his global support group to accept, finishing against Djokovic remains a major problem. 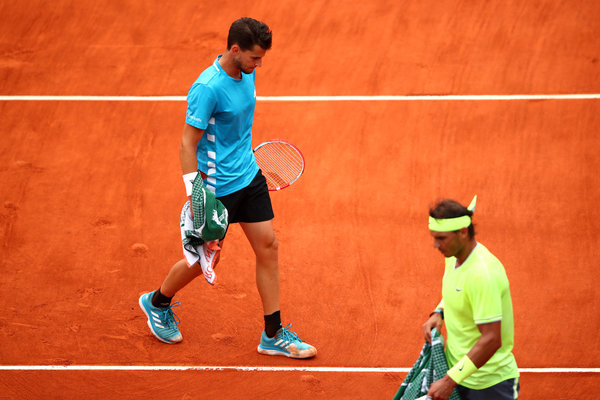 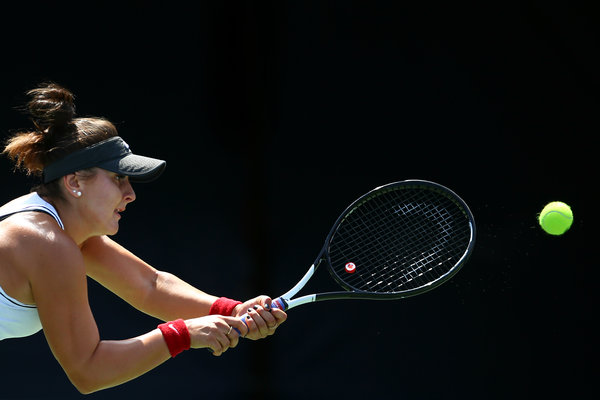