For These Tennis Pros, (Basket)ball Is Life

As a high school freshman in Greensboro, N.C., weighing his prospects for a basketball career, John Isner was forced to admit that dribbling was not his specialty.

“I couldn’t handle the ball at all,” Isner said. “Not even average.”

That has changed dramatically in adulthood: Isner is a standout dribbler in an entirely different sport. His penchant for bouncing the ball between his legs as he plants his left foot and squares up to the baseline is a key component of the buildup to his serve — one of the biggest ever.

Isner used his pet basketball move, virtually without fail, to usher himself into position on the 91 serves he uncorked in his straight-sets, first-round victory over Guillermo García-López at the United States Open on Tuesday. It’s not exactly reminiscent of the fancy dribbling that Kyrie Irving will soon bring to the Nets, but the basketball-style bouncing gives Isner’s service routine a hint of flash.

Isner was 14 years old and 6-foot-3 when he reluctantly stopped playing basketball to focus on tennis. A growth spurt between the ages of 16 and 18 put him on a path to his listed height of 6-foot-10. He became the tour’s tallest top-10 player in 2018.

Isner is the rare tennis star who is built like a basketball star — only two top-100 players on the men’s tour, Ivo Karlovic and Reilly Opelka at 6-foot-11, have ever been taller. He said bouncing the ball from back to front and between his legs before his serve, in a quest for composure and consistency prelaunch, has been part of his game “as long as I can remember.”

Serving rituals generally are not as rigid as free-throw routines; tennis players often will mix things up on their bounce patterns depending on how a match is unfolding. Isner sometimes opts for as many as three between-the-legs bounces before a serve — and, occasionally, none. But most of the time he slings one bounce before cracking the serve that has delivered 11,720 career aces, second only to Karlovic (13,508) since the ATP Tour began tracking the statistic in 1991. 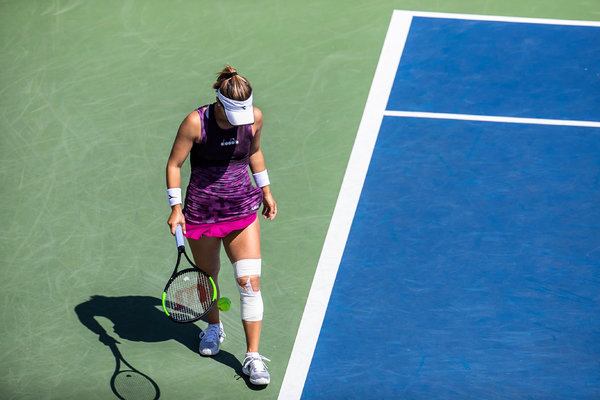 “I’ve seen old high school footage of myself, ninth grade, and I’m doing it then,” Isner said. “That’s when I was playing a lot of hoops — that’s obviously where it comes from.

“I actually don’t know why more players don’t do it. It’s just a good way to start the routine.”

It hasn’t been seen often from Roger Federer in recent years, but the 20-time Grand Slam champion has been known to sprinkle in a few dribbles along the baseline before serves. The recently retired Marcos Baghdatis, who reached the Australian Open men’s final in 2006, used the move heavily. Ditto for the former pro Paul Goldstein, who rose as high as No. 58 in the world in 2006.

“The first player I ever saw bounce the ball through his legs — at a young age and he became a superstar — was Boris Becker,” said the ESPN analyst Brad Gilbert, who played on the men’s tour from 1982 through 1995, rising to No. 4 in the world.

Yet it is not a widespread habit among current pros. The 28th-seeded Nick Kyrgios, a basketball aficionado, went the Isner route before several serves in his first-round victory over Steve Johnson, but Canada’s Denis Shapovalov and the American veteran Lauren Davis are the most well-known practitioners besides Isner.

The 5-foot-2 Davis frequently incorporates two such dribbles before serves — double Isner’s norm. But Davis called an audible to close out her comfortable first-round victory Monday over Sweden’s Johanna Larsson, slowing her routine down and using just one basketball bounce before serving an ace out wide.

“I actually used to play basketball, believe it or not, in eighth grade,” said Davis, who played No. 2 Ashleigh Barty on Wednesday night. “I honestly think that’s part of the reason why I do it. Now it’s a habit and I don’t even realize that I’m doing it. But why stop?”

Isner, seeded 14th at the U.S. Open, has finished six of the past seven years as the top-rated American man in tennis, but there are times he still plays the what-if game and asks himself what he could have achieved on the hardwood rather than a hardcourt.

“It would have been interesting to see what I could have done. But I think I made the right choice.” 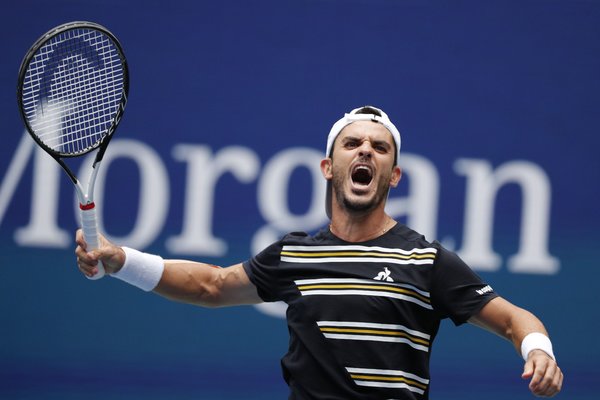 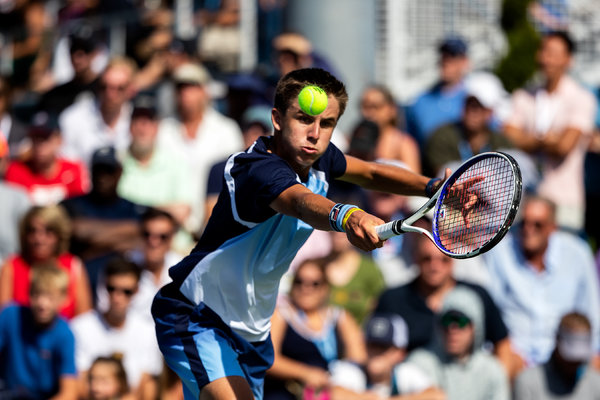 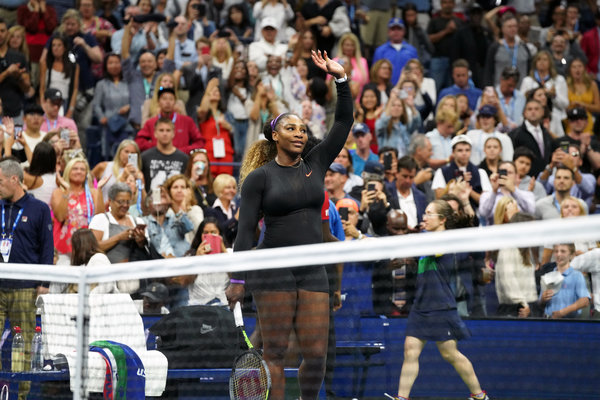