Canterbury star playmaker Kieran Foran is in such a good place physically and mentally, he is counting the days until the start of pre-season training.

And with skipper Josh Jackson scooping the Dally M back-rower of the year award on Wednesday, things are finally starting to look up at Belmore.

In the same week the NRL suspended half of the $250,000 fine for the Bulldogs' Mad Monday antics, news of Foran's health and Jackson's gong will come as a welcome boost for a support which has had precious little to cheer in 2018. 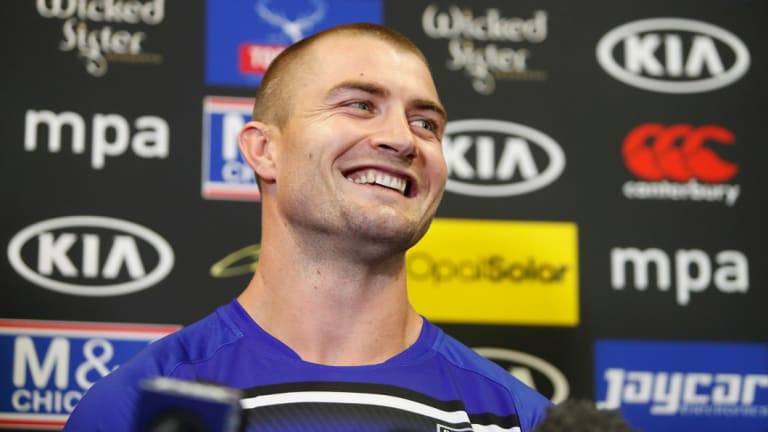 The Herald can reveal Foran has confided in teammates about how determined he is to deliver. After Canterbury shed Aaron Woods, Moses Mbye and the Morris twins to relieve some salary-cap pressure, supporters will be almost demanding their $3 million playmaker, who weds next month, stays on the park and justifies his price tag.

Belmore's 2019 finals hopes will be largely dependent on Foran and his fitness and how well he combines with rookie half Lachlan Lewis. Christian Crichton, Corey Harawira-Naera, Jack Cogger, Nick Meaney and Jesse Sue have all been recruited.

"I spoke with 'Foz' the other day and he's feeling good, everything has been cleaned out, he's had all his surgeries and excited to get back to training,'' international prop David Klemmer said.

"He's got that smile on his face and he wants to play footy again. He was like that at the start of this year but his body still wasn't right. He's had a good break now and he's ready to go.

"He's an international player, on his day he is one of the best halves in the game. I'm glad he's with us. He's in a good head space.''

Foran lasted 12 games before a toe injury forced him out of the back half of the season. He also underwent wrist surgery while back issues will continue to receive round-the-clock treatment for the remainder of his career. 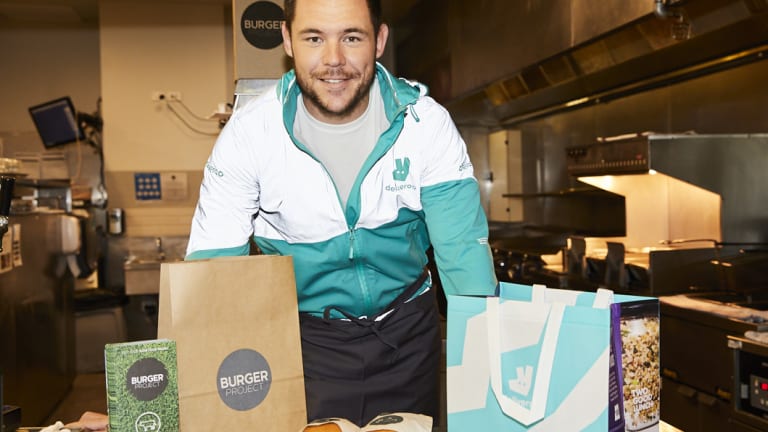 Hungry for action: David Klemmer, who has partnered with Deliveroo to launch the ‘Klemmer Burger’, available over grand final weekend.

Klemmer was disappointed with how the end-of-season celebrations at the Harbour View Hotel were captured by a Sydney newspaper without their knowledge. He said it had been a ''big learning curve'', and things would have been different had they known photographers were secretly watching their every move.

Klemmer also defended coach Dean Pay for attending Mad Monday, and spoke about why he was the man to drive the club forward.

"He's good with the players, he backs us and we found the style of play we want to play with next year,'' said Klemmer, who has combined with Burger Project and Deliveroo this weekend for a one-off 'Klemmer Burger'.

As for Jackson, the unsung hero who missed out on Origin selection this season – but whose inclusion in the Dally M Team of the Year sparked plenty of debate – Klemmer said: "Everyone will have their say but Jacko did a lot of things people didn't see but those who know football did see.

"He had a real captain's knock for us this year. He dug deep, he did the one-per-centers, he was always the first person on the kick chase and covering tackles.''

Klemmer will feature in the PM's XIII clash against Papua New Guinea before being one of the first props picked for Australia's two Tests against New Zealand and Tonga next month.

*The Klemmer Burger will be exclusively available via Deliveroo at all Burger Project stores in Sydney, Melbourne and Brisbane until Sunday to celebrate Grand Final weekend.