Canberra racing driver Cameron Hill has added a former ACT Brumbies team manager and Olympic Games triathlon coach to his team as he prepares for another Porsche Carrera Cup.

Hill has appointed former triathlon coach Ben Gathercole as performance manager for the season and hopes it will help lift the team to greater heights. 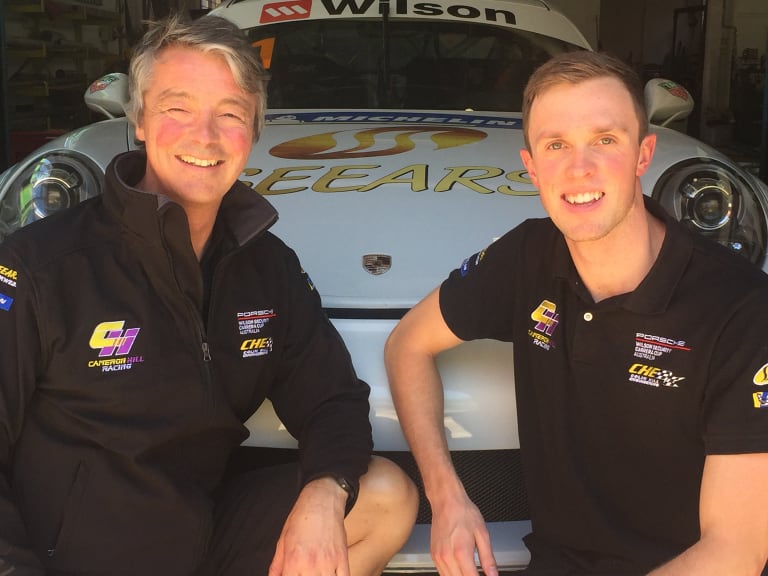 Ben Gathercole, left, will team up with Cameron Hill.

Gathercole, author of the book Better Than Winning, guided Canberra triathlete Simon Thompson to the 2004 Athens Olympic Games, and was team director for the Brumbies from 2014 to 2017.

Hill said his rookie season made him realise the importance of having a dedicated team manager, and the appointment of someone from outside the motorsport industry reflected the team’s unique approach to going racing.

"There were times [last year] when I was very much involved in the organisational side of the race team, even on weekends," Hill said.

"It’s no secret we’re only a small operation, and I enjoy the hands-on aspects of running the team, but on race weekends we identified the need for someone to manage the logistics so I could dedicate my entire focus to driving the race car.

"While Ben hasn’t worked within the motorsport industry, a lot of the principles of our sport are very much the same as other sports.

"Ben has vast experience maximising the performance of both individual athletes and larger teams – this is very relevant to motor-racing, which is both an individual and a team sport.

"We’ve always prided ourselves on our individuality, and coming from a non-motorsport background, Ben has a lot of fresh ideas. He’s looked at how we operate and already identified areas where we can improve."

Gathercole is excited about the challenge of working in a different sport.

"Cam is one of Australia’s rising professional driving stars, and will be in the hunt to produce career-best performances this year," Gathercole said.

"I’m looking forward to applying my knowledge and expertise into a new, but equally-competitive environment."

The first round of the 2019 Porsche Carrera Cup will be held at the Adelaide 500 from February 28.