Horn appeared before a federal judge in Kentucky on Thursday and pled guilty to conspiracy to commit health care fraud after he admitted to receiving $149,774 for fake claims in 2018, according to court records. He is scheduled to be sentenced in April, although Nola.com reported his guilty plea likely means he is cooperating with federal authorities for a more lenient sentence.

The scheme was designed to rip off a health care program that covered unreimbursed medical expenses for retired NFL players, authorities said.

Twelve players were charged last week in two separate indictments filed in federal court in Kentucky, accusing them of conspiracy, wire fraud and healthcare fraud. Prosecutors allege they submitted nearly $4 million in phony claims, leading to payouts of about $3.4 million between June 2017 and December 2018. 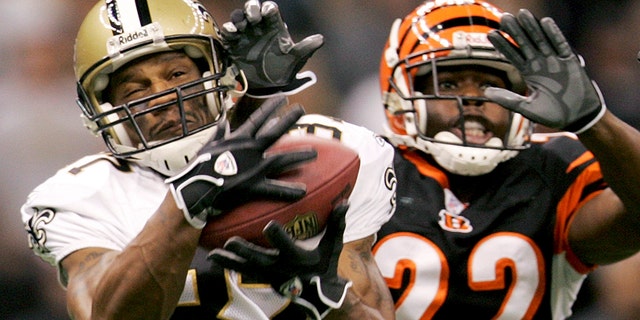 The alleged scheme consisted of fake claims submissions that involved expensive medical equipment ranging between $40,000 and $50,000 for each claim, officials said. The medical equipment included “hyperbaric oxygen chambers, cryotherapy machines, ultrasound machines designed for use by a doctor’s office to conduct women’s health examinations and electromagnetic therapy devices designed for use on a horse.”

Prosecutors allege the players targeted the Gene Upshaw NFL Player Health Reimbursement Account Plan, which was established as part of a collective bargaining agreement in 2006. It provides tax-free reimbursement of out-of-pocket medical care expenses that were not covered by insurance and that were incurred by former players, their spouses and dependents.

Horn — a four-time Pro Bowler and one of the Saints' most famous players — admitted to playing off co-defendants Vanover, Caldwell, and others who allegedly helped him submit the false claims.