Perth Glory have made an enormous statement of intent by signing Tony Popovic as coach for next A-League season.

Replacing the sacked Kenny Lowe, Popovic has been out of a job since his ill- fated stint at Turkish side Karabukspor ended in December after just 10 weeks. 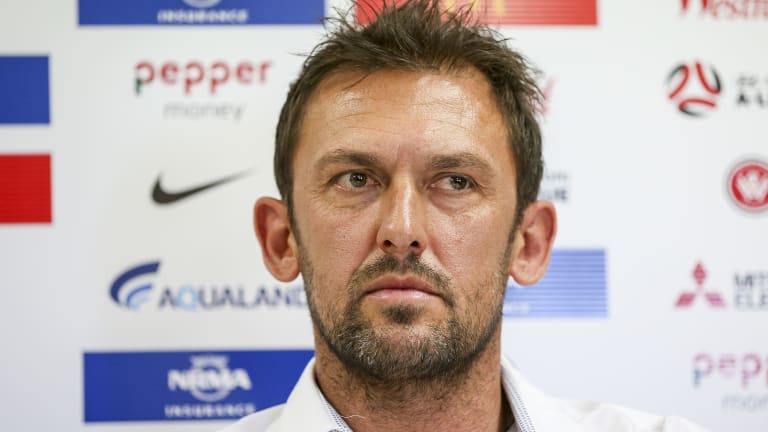 A new start: Tony Popovic is heading to Perth.

The 44-year-old had quit his post at Western Sydney Wanderers, who he had coached since their inception, on the eve of last season to take up the European opportunity.

Popovic will be officially unveiled at the Glory’s awards night on Friday evening, along with a new CEO to succeed the departing Peter Filopoulos. It represents a new era for a club that has underachieved for many years.

The Glory were one of the powerhouse sides of the National Soccer League but haven’t won any silverware since the competition was shuttered in 2004.

They have made the grand final only once since the advent of the A-League and while they made the finals twice during Lowe’s reign, the West Australian club has long struggled for consistency.

Popovic, who guided the Wanderers to the 2012-13 A-League premiership and an Asian Champions League title the following year, said he was ready for the challenge.

‘‘Now we’re at a stage where we want to create some new memories, some new history for this club and I’m really excited to be a big part of it. The greatest excitement is the potential that the club has. The potential that WA has for football, the passion of the fans – the people love football there.

"I’m very pleased to have an opportunity to untap that potential and together with the club, the owner, the players, I’m certainly going to put everything into it.’’