Olympic swimmer Ariana Kukors Smith sued USA Swimming on Monday, alleging the sport's national governing body knew her former coach sexually abused her as a minor and covered it up. 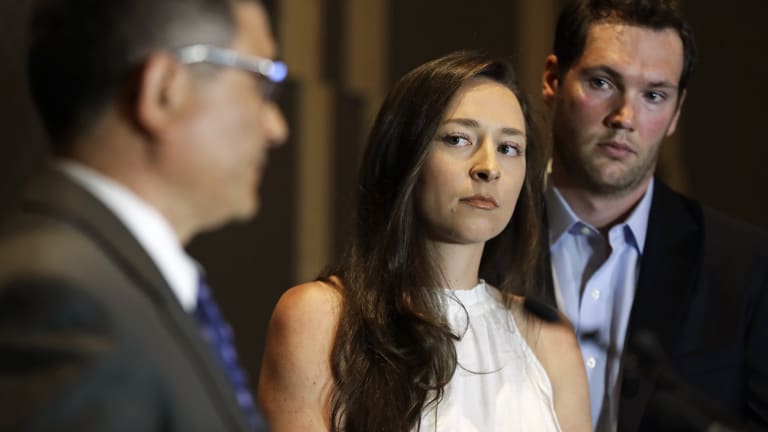 Olympic swimmer Ariana Kukors Smith, center, stands with her husband, Matt Smith, right, as they listen to Ray Mendoza, left, a member of her investigative team, as he talks to reporter.

"This lawsuit is about holding people accountable who should have protected a 15-year-old girl," Kukors Smith told reporters, adding, "I needed help and there were people in positions of power that could have helped me."

Hutchison has denied the allegations, which emerged earlier this year when Kukors Smith, now 28, posted an emotional essay online. The assistant coach on the 2008 US Olympic team has not been charged with a crime.

The case marked another scandal for USA Swimming and for the sports world, which has faced accusations that coaches and others, including former USA Gymnastics sports doctor Larry Nassar, exploited their positions to sexually abuse athletes in their care.

Kukors Smith, the 2009 world champion in the 200-metre individual medley who placed fifth in that event at the 2012 Games, also sued longtime Olympic coach Mark Schubert, saying he failed to report "a reasonable suspicion of child abuse or endangerment."

She said that "by doing nothing," USA Swimming "enabled Sean Hutchison to abuse me for a decade."

USA Swimming and Hutchison's attorney didn't immediately respond to emails seeking comment on the lawsuit, which was filed in Superior Court in Orange County, California. A number for Schubert couldn't immediately be found.

The US governing body of swimming said it first learned of the underage abuse allegations when Kukors Smith posted her essay in February.

The organisation had hired a private investigator in 2010 to look into rumours of a relationship between Kukors, then 21, and Hutchison, then 39. USA Swimming said it closed the investigation without finding any misconduct after the two and others denied the relationship. 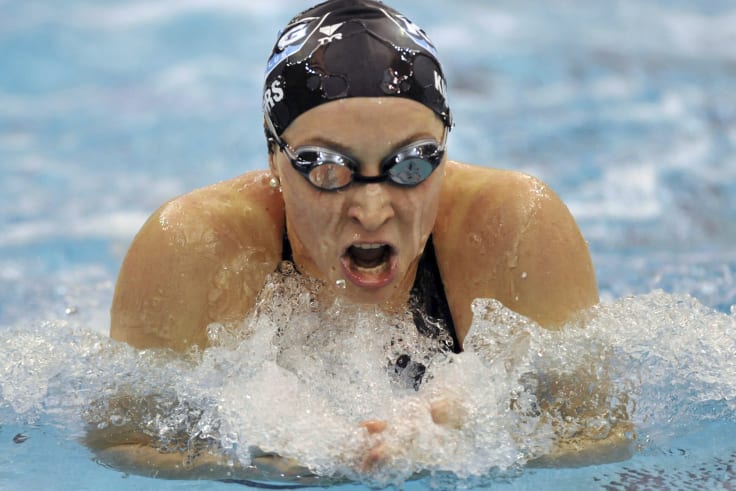 Some critics have questioned the thoroughness of the investigation.

The lawsuit says top USA Swimming officials knew in 2005 of allegations of Hutchison having inappropriate relationships with underage swimmers, including Kukors Smith, who was then 16.

Top officials at the organisation, according to the lawsuit, also manipulated a background screening system to shield coaches accused of abuse.

"Those at USA Swimming need to change the culture of protecting predator coaches over young and vulnerable athletes such as myself," Kukors Smith said.

USA Swimming revealed in 2010 that sex abuse allegations were mostly to blame for lifetime bans of 46 members and said it set up training and enhanced screening for all coaches, officials and volunteers.