Ty Hensley knew from a young age that he wanted to play professional baseball but what he didn’t know at the time was the difficult road that lie ahead, a road paved with adversities.

Hensley, 27, spoke to Fox News on Thursday about his ongoing journey to the big league’s which began with being drafted by the New York Yankees in 2012 to questioning if he’d ever pitch again.

“It’s been filled with a lot more hardships and struggles than triumphs but I think that all the things that have happened have led me to where I’m at now and that will help propel me toward future success.” 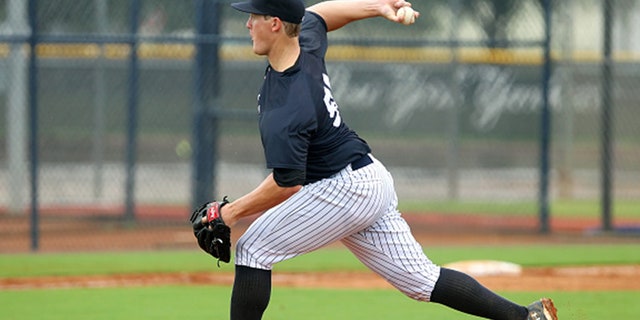 Hensley was born in Oklahoma and had a successful high school career playing both baseball and football at Edmond Santa Fe High School before eventually deciding to ditch the latter to focus his attention. He caught the attention of several colleges before committing to Ole Miss.

Not long after, Hensley was drafted by the Yankees and his future looked promising. He played in the Rookie-level Gulf Coast League but as misfortune would have it, he would get injured in the offseason playing in the Dominican.

The injuries kept piling up and he was forced to miss the 2013 season. In 2015 he would have his first Tommy John surgery and just a year later, he would undergo his second.

“I’d be lying if I said I didn’t,” Hensley said when asked if he ever contemplated moving on from baseball. “I think several times, probably most prominently after my — or when I found out I was going to have my second Tommy John surgery 13 months after my first one because I just knew in my head what that process entailed, like how long it was going to be. It was definitely going to be another year and that’s another year of my career that I’m going to miss and that’s another year that I’m kind of, for lack of a better word, I’m forgotten about.” 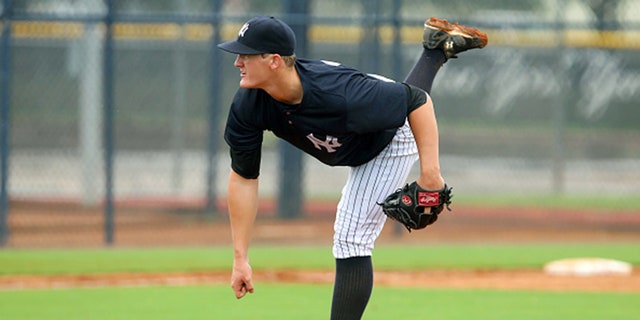 Despite spending time with the Yankees and the Rays, Hensley said he knew that the longer he was away from the field, the farther away his dreams of going pro were getting.

“The more time you spend away from the game, it really does, it just moves on.”

After healing from his last surgery in 2017, Hensely moved to the independent league where he says regained his love of the sport.

“I have a different perspective now than I did in the beginning. I think in my first stint in independent ball in 2018 after I got released by the Rays, I think I just had a horrible, horrible attitude about it where I just thought ‘I’m above this, I’m too good for this’ and if you go play with that kind of an attitude you’re not going to have any good results.”

He continued: “Independent baseball is kind of where I fell back in love with playing again. It’s where I rediscovered how fun it is to be out there in the field, just to play the game I played as a kid.”

Hensley’s “refreshed perspective,” as he calls it, has apparently paid off. He revealed that he was “pretty close to signing” with an MLB team last season but the deal fell through. He did say that he expects “quite a few people” to be watching him when he takes the mound for the Milwaukee Milkmen in the American Association league next month.

Hensley’s incredible story is documented in his Fox Nation special “Pitch of Faith” which is available on Friday, April 9.