The top-ranked United States had had 25 wins and three ties since falling by 1-0 to Australia in 2017.

Marie-Antoinette Katoto also scored for third-ranked France, which has won eight straight matches and will host the World Cup in June. Mallory Pugh scored for the United States in the final moments.

“I’m not worried,” United States Coach Jill Ellis said. “We know who we are and what we can do.”

It was the first of 10 matches the United States will play before the World Cup. The Americans are the defending champions and could meet France again in the quarterfinals. 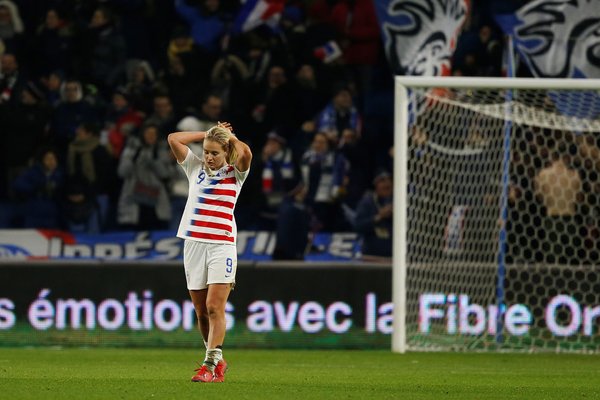 France went ahead in the ninth minute on Diani’s goal off a cross from Delphine Cascarino. Diani, a 23-year-old who plays for Paris Saint-Germain, scored again in the 57th minute to make it 2-0. Katoto, Diani’s PSG teammate, added a goal in the 78th minute.

Ellis rested the stars Megan Rapinoe, Tobin Heath and Julie Ertz as a precaution because of minor injuries. Also held out was Kelley O’Hara, who is recovering from ankle surgery.

Defender Tierna Davidson came in for Emily Fox in the 53rd minute, her first appearance since she fractured her left ankle in a match for Stanford in September.

Davidson left the Cardinal with a year of eligibility remaining to focus on making the World Cup team. She was the first overall pick in last week’s National Women’s Soccer League draft by the Chicago Red Stars.

The match at La Stade Oceane was sold out with more than 25,000 in attendance. The stadium is one of the nine sites that will host World Cup games. The Americans’ next visit to the stadium will be for the final match of the World Cup group stage against Sweden.

Next up for the United States is a match against host Spain on Tuesday in Alicante.