It used to be said that Brazil could field two or three teams and that their second and third outfits would give their first choice side a run for its money in the World Cup.

World soccer is a shade more competitive since those days, but it's still the nations with greatest depth that tend to dominate. 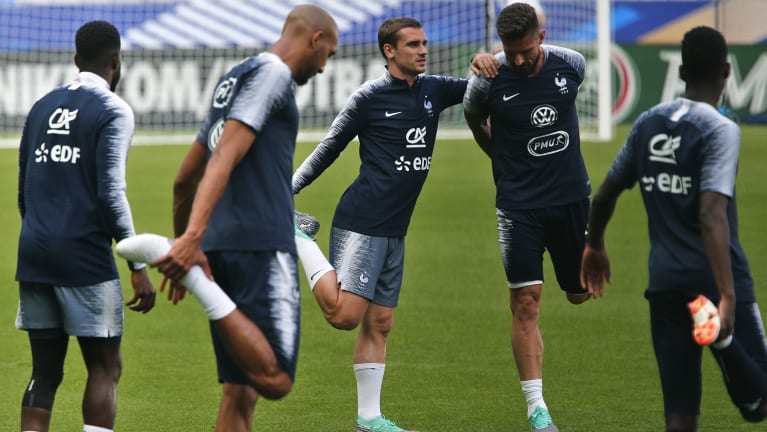 France’s Antoine Griezmann (centre) is one of Les Bleus’ stars.

A sterner test of France's mettle will be made on Friday evening (European time) in Paris when they host Italy in their last pre-World Cup game at home. At the same time, the Socceroos will be facing the Czech Republic in Vienna, van Marwijk's third game in charge and the last before he cuts his squad to 23 for the tournament proper.

Italy won't be at the World Cup for the first time since 1958 and given that embarrassment Italy are sure to provide France with a tough battle as they will want to prove to the world what they might have done in Russia.

Italy made a winning start under new boss Roberto Mancini when they beat Saudi Arabia 2-1, and the former Manchester City manager will relish the chance to make a statement against France.

Deschamps will undoubtedly make changes and it will be interesting to see if he persists with the set-up that had Giroud as a lone striker with Mbappe and Fekir behind him coming from deeper positions.

Griezmann will come in, while it would be surprising if players like Lloris, Pogba, Ngolo Kante and Dembele did not figure from the start. 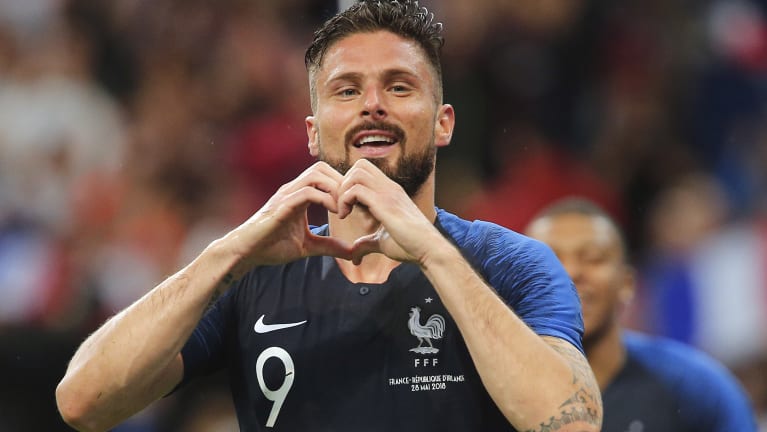 Giroud is often derided for his goalscoring record in the English Premier League, but his efforts for France suggest he is a striker of true quality. His goal against Ireland was his 31st for France, meaning he has now netted the same number as the legendary Zinedine Zidane. He is three behind David Trezeguet and could conceivably overhaul him given that France is expected to go deep into the tournament in Russia.

Ireland manager Martin O'Neill certainly has a high opinion of France and believes they could go all the way.

In an interview earlier in the week he disagreed with the Danish manager, Age Hereide, who had suggested Les Bleus were not that special.

''Personally, I think they're very strong. France, when they get together, will be strong in this competition … overall they have as good a chance as anybody of winning the World Cup,'' O'Neill said.

"The main thing is the extra experience they have had over the last couple of years. Qualification was fine. I disagree with the Danish manager. Individually, France have got very strong players indeed."

Peru are the third team in Australia's group and the Socceroos will face them in the final group match in Sochi, a game in which both teams will be hoping they are still live chances to make it through to the round of 16.

The Peruvians beat Scotland 2-0 early on Wednesday morning (Australian time) with veteran Jefferson Farfan getting on the scoresheet.The South Americans now take on Saudi Arabia in Switzerland on Sunday before facing Sweden in Gothenburg. Their first game in Russia is against Denmark.