FRANCIS NGANNOU punches so hard that even holding the pads for the UFC heavyweight leaves his coach battered and bruised.

Ngannou – who headlines UFC 260 this weekend in a fight with Stipe Miocic – has been working with former boxer and kickboxer Dewey Cooper since 2017. 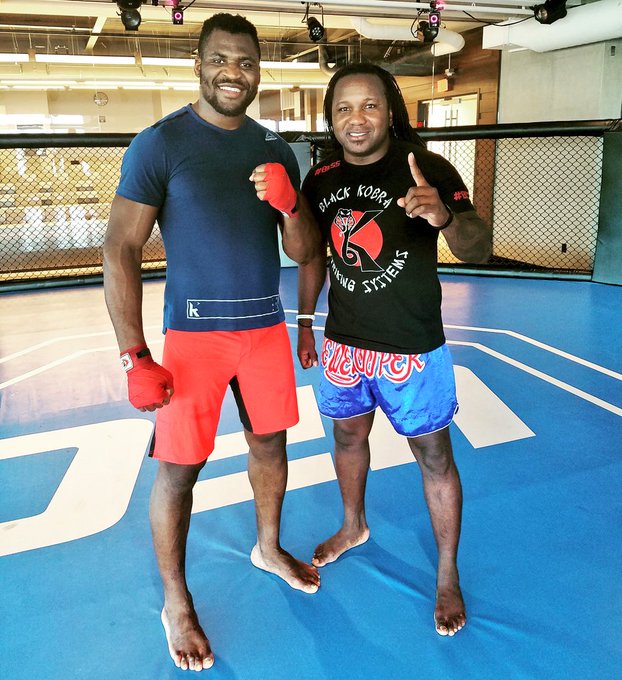 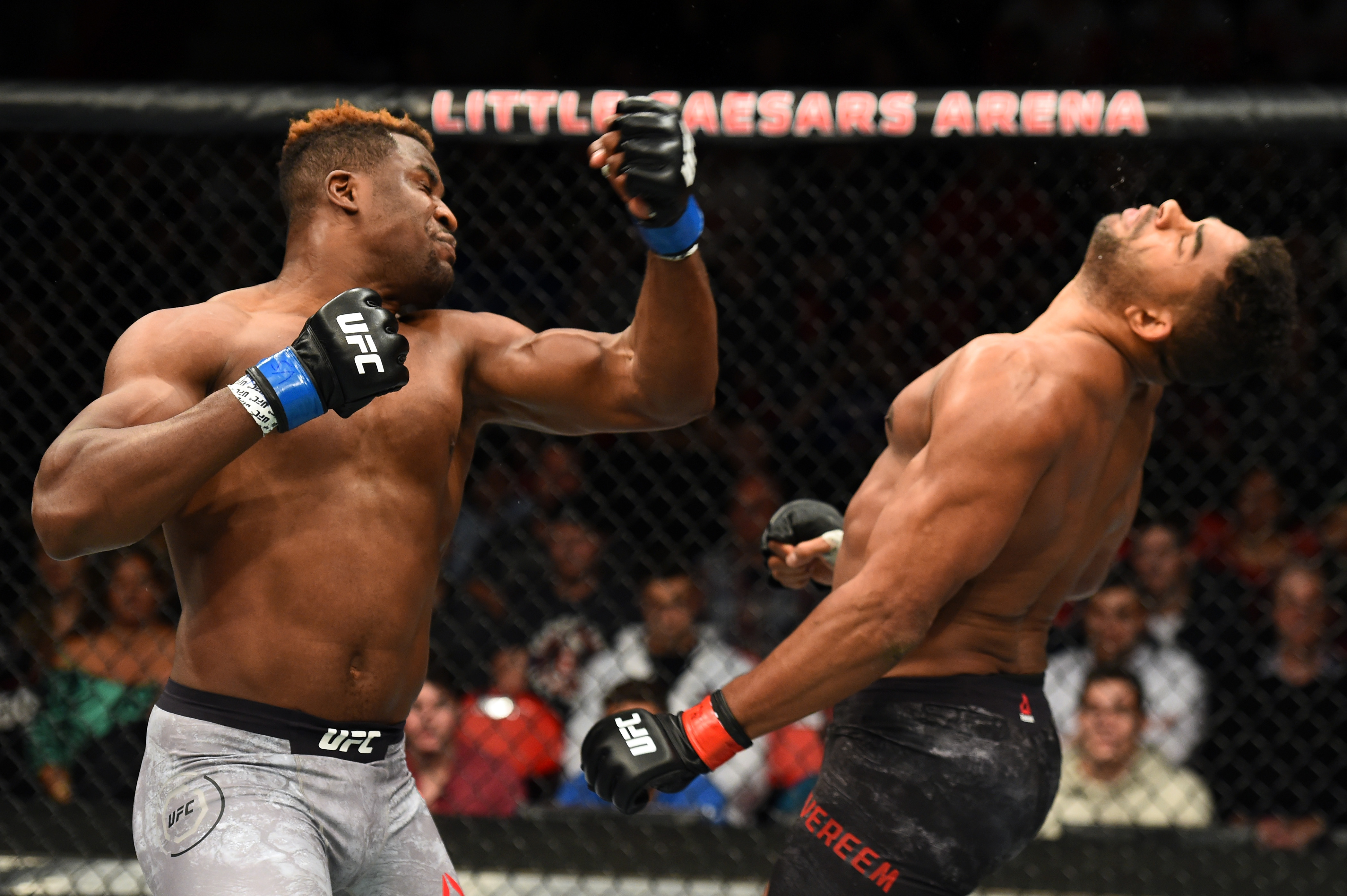 UFC president Dana White revealed in 2018 that tests on Ngannou proved his power was equivalent to a 12lb sledgehammer being swung at full force.

Or, a Ford Escort going as fast as it can, and Cooper has felt the full impact while on pad duty for the MMA powerhouse.

Also on occasions, when Ngannou's sparring partners have unsurprisingly no-showed, the retired fighter-turned-trainer has been brave enough to fill in.

Cooper, 46, told SunSport:"He hasn't broken anything, but it feels broken!

"I'm a strong guy, who works out and fought heavyweight and cruiserweight, so I'm used to big, strong guys, but with Francis, it's painful.

"Holding pads and getting kicked by him is very painful. He's separated by ribs with knees, he's swollen my face with the pad just hitting me.

"He's punched me a few times too when his sparring partners didn't show up and I had to spar him. 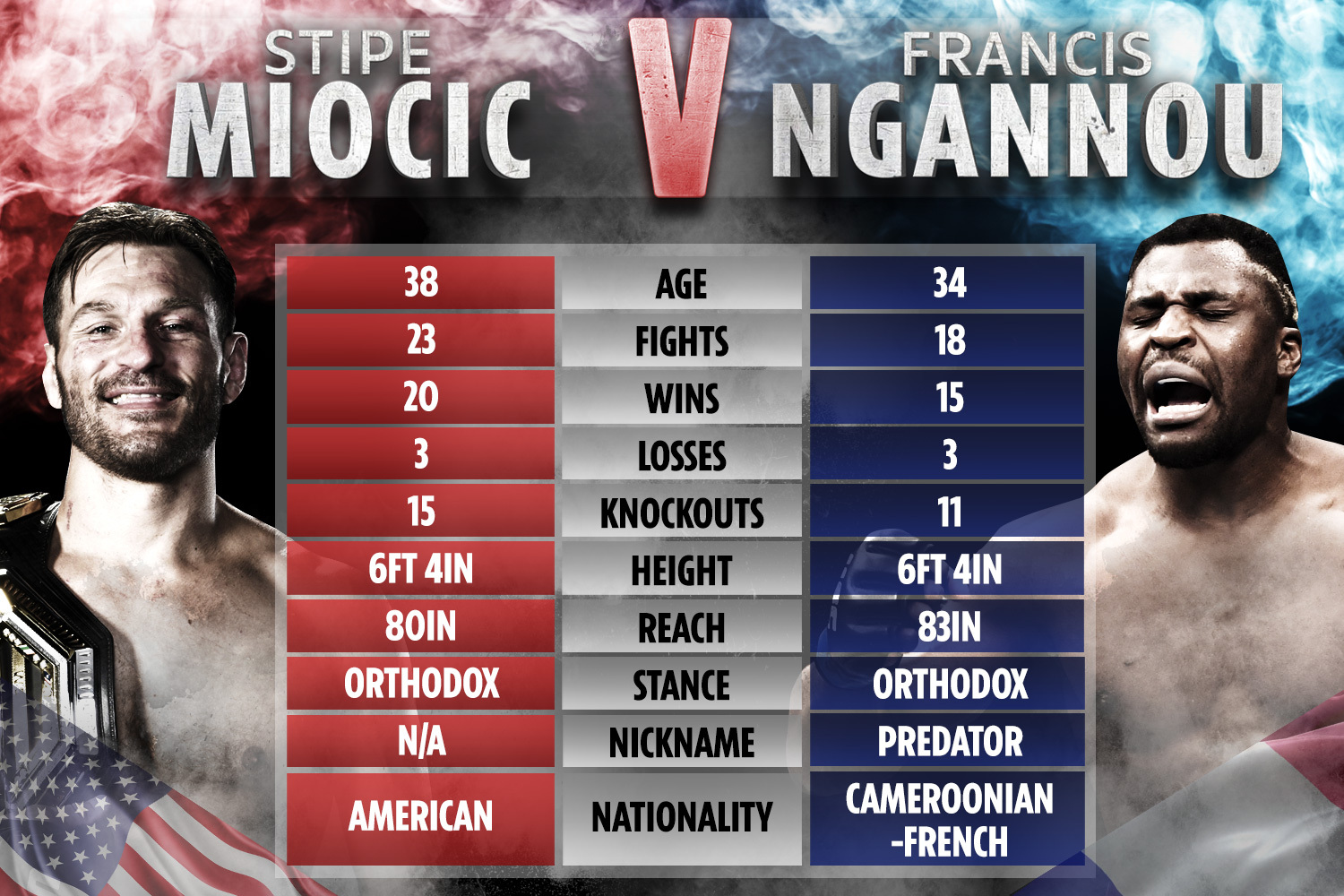 "He hits hard and I definitely have felt a lot of pain training him, stuff feels broken but it isn't.

"He's hurt my hands, arms and ribs so many times, but it's part of it when you have a guy as powerful as Francis.

"I try my best to improve him, so as hard as he hits, I want him hitting harder and sharper anyway."

Cooper was part of Ngannou's team for his first ever loss, a points decision against Miocic.

Up until that point, Ngannou had spent just 16 minutes in the octagon, having won all his fights by KO and never going past the second round.

So it was a shock to the system when Miocic, 38, withstood the power and dragged the fight all five rounds.

Right after, a gun-shy Ngannou was beaten on points by Derrick Lewis, where he appeared seemingly scarred from the exhausting experience of going the distance.

It caused him to switch trainer full-time to Nicksick in Las Vegas, with Cooper still by his side, and the team have since won four on the spin. 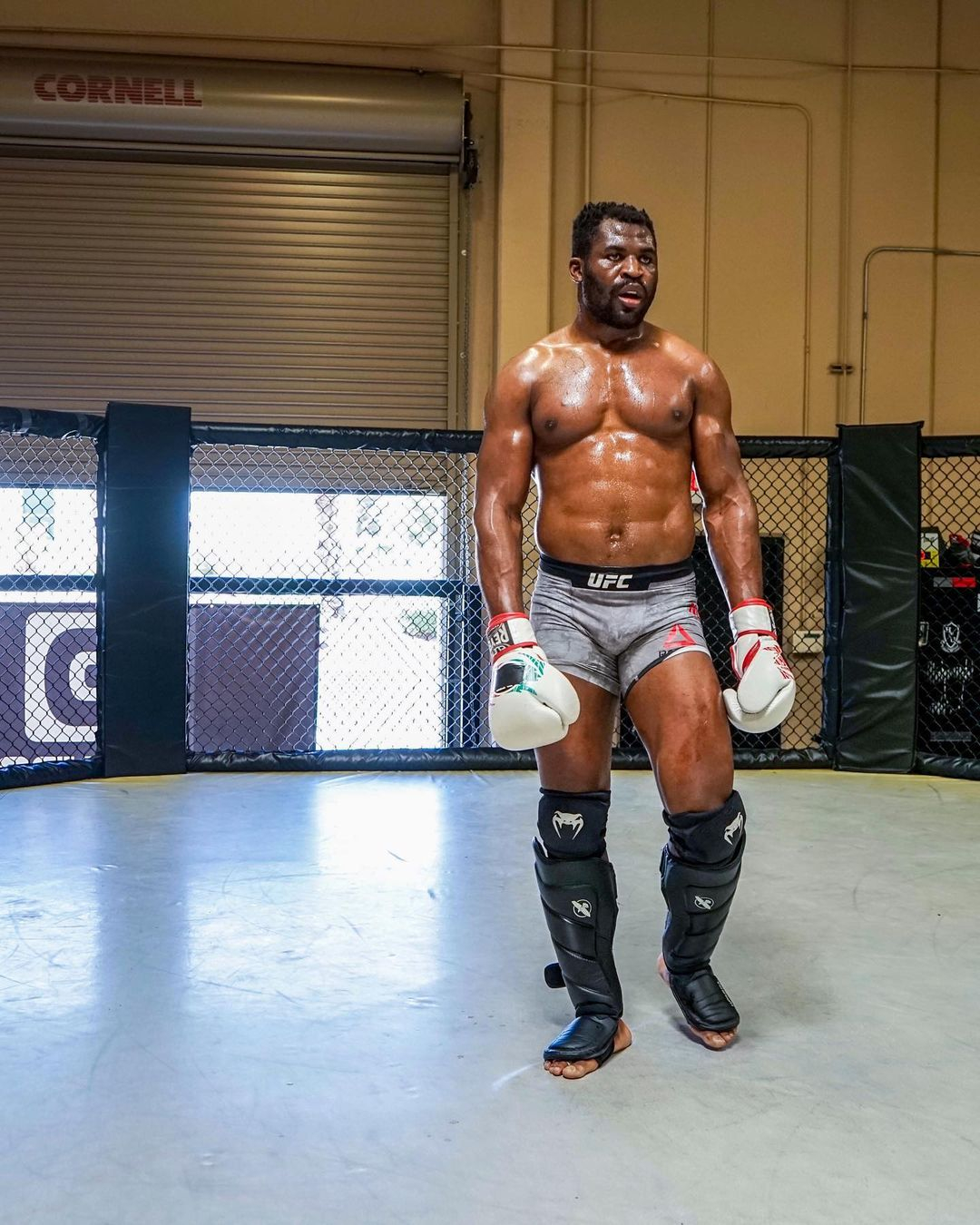 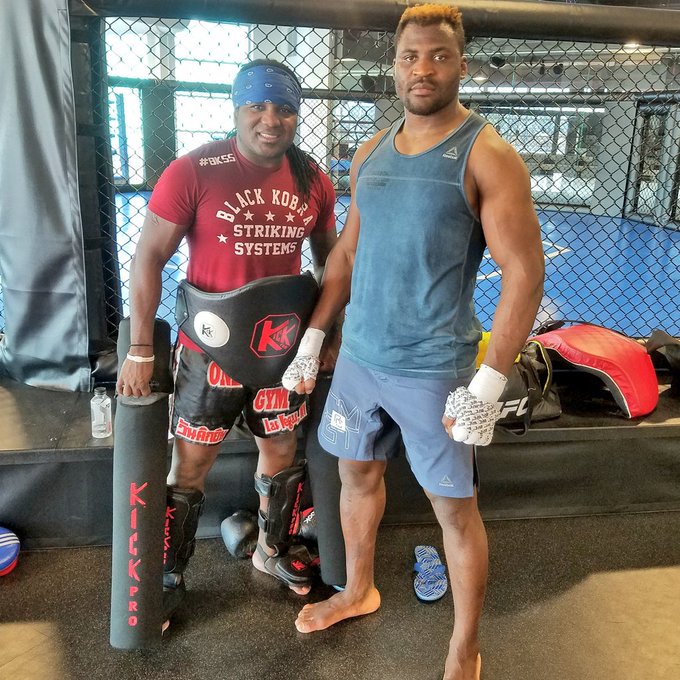 Ngannou, 34, with his confidence regained, is now in the exact spot he found himself in three years ago, challenging for Miocic's heavyweight crown.

But this time, Cooper says all of Ngannou's trials and tribulations since that heartbreaking first defeat will lead him to victory in the rematch.

He said: "The only difference to me with this fight to the last fight is experience factor, which is very vital.

"He just didn't have enough fight experience for the first Stipe fight. That's the bottom line.

"Experience has a lot of facets to it. Experience is not just the time you trained, it's the amount of time you have in real fights, in real moments.

"He had none of that before the first championship fight, those or huge factors, they're irreplaceable, especially the five rounds with Stipe.

"He knows he can do five, it's now about the output in those five rounds. Those experiences for him are magnificent. 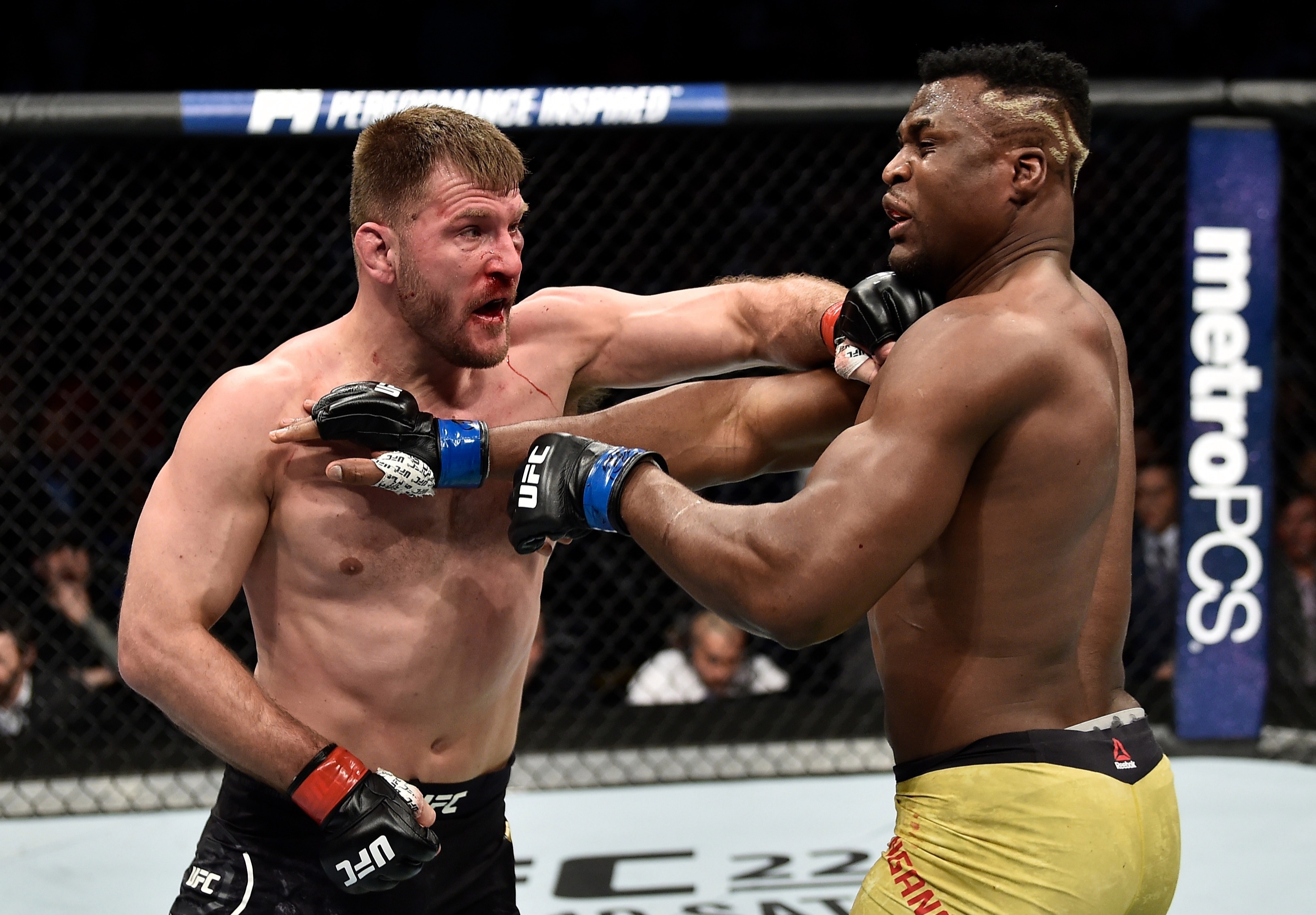 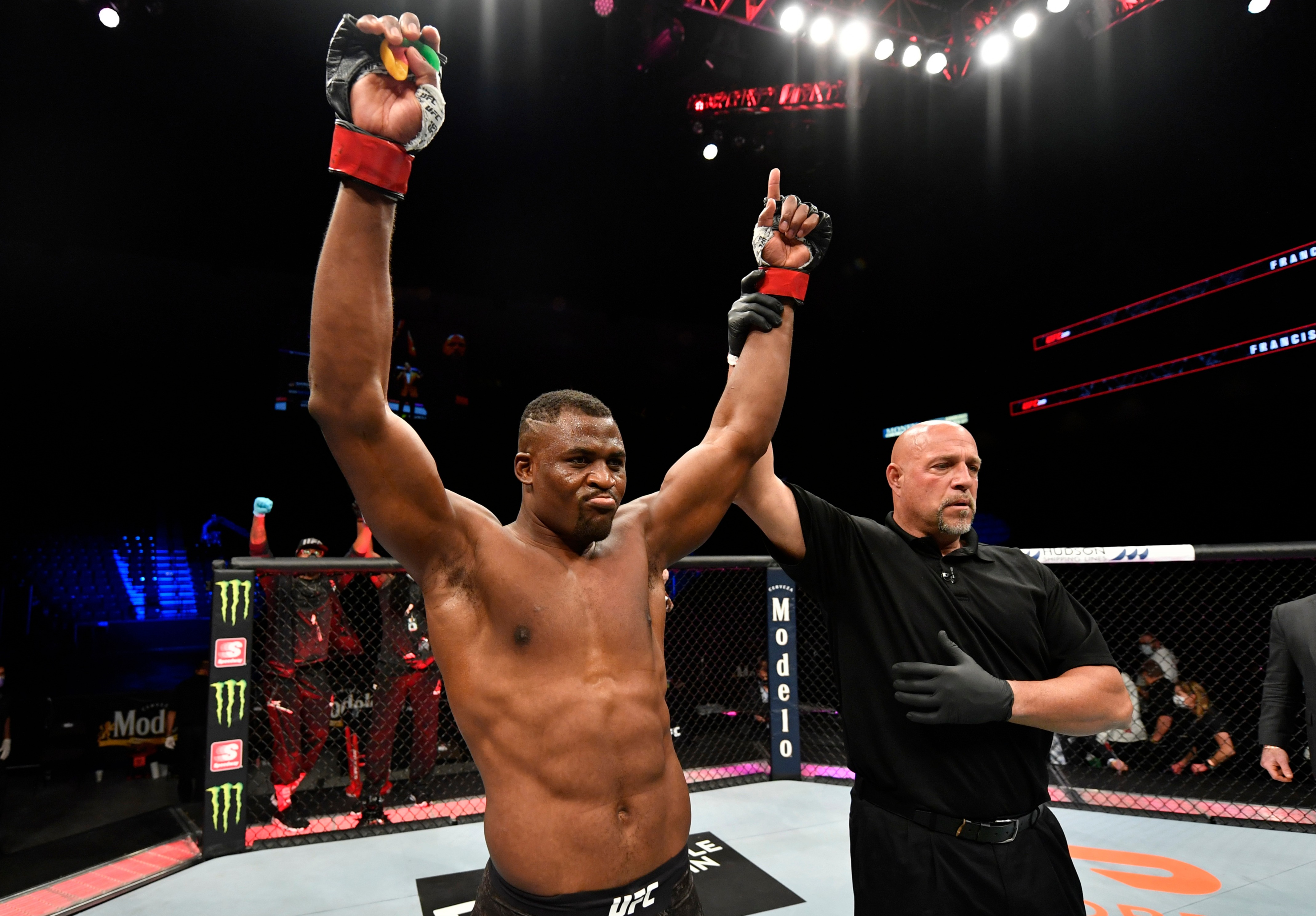