The French winger, 35, donned the headache-inducing outfit while the music star wore a Bayern jersey for their encounter. 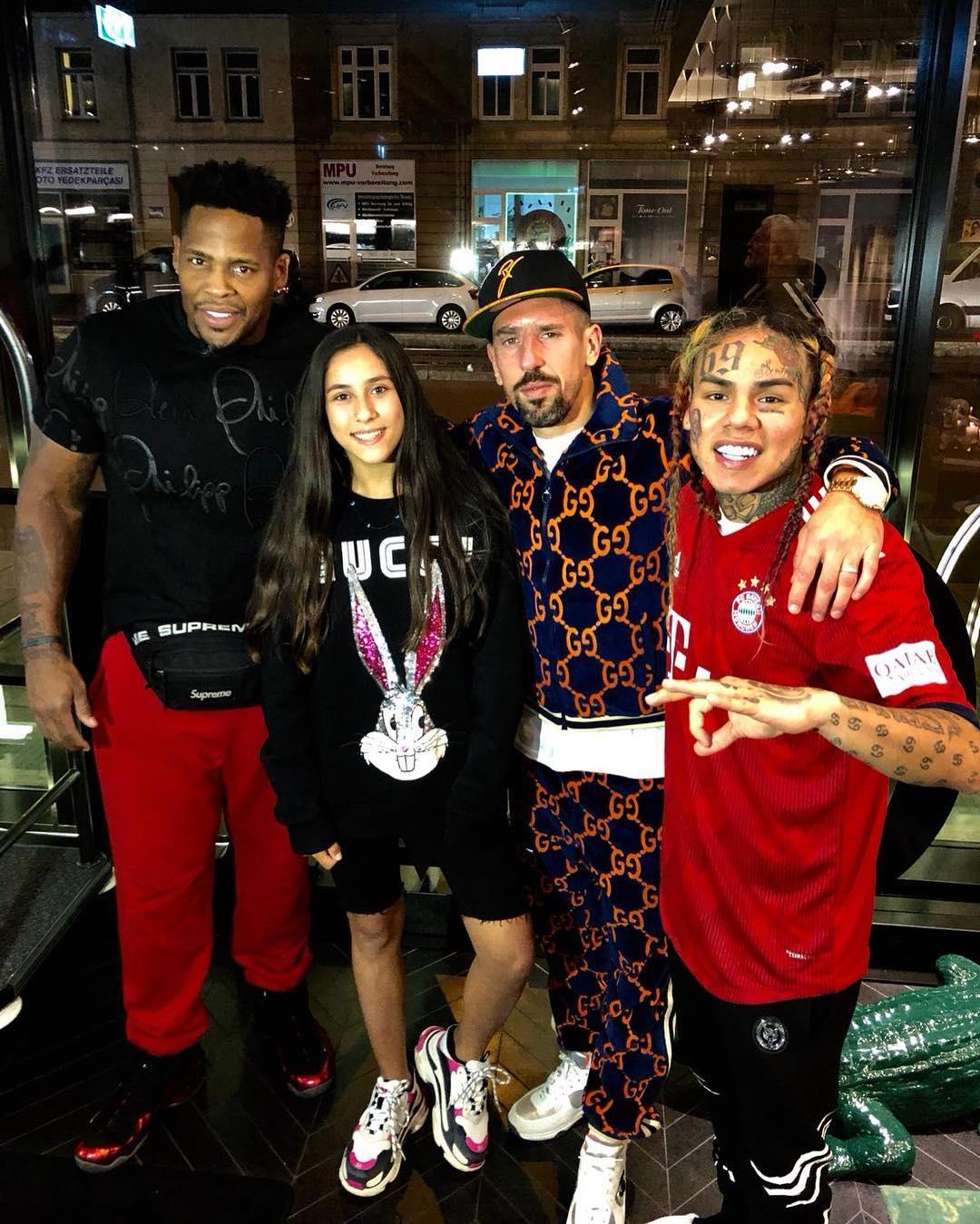 Ribery took his daughter Hiziya, 13, to meet the controversial American – real name Daniel Hernandez – with the football star poking fun of both.

Sharing the image on his Instagram, Ribery captioned the snap: "Nice meeting you bro @6ix9ine!

"@hiziyaribery7, I think we finally found someone who is crazier than you."

Meanwhile, Hiziya added two pictures of her own, writing: "Thanks Daddy (@franckribery7) & thanks @6ix9ine – it was amazing". 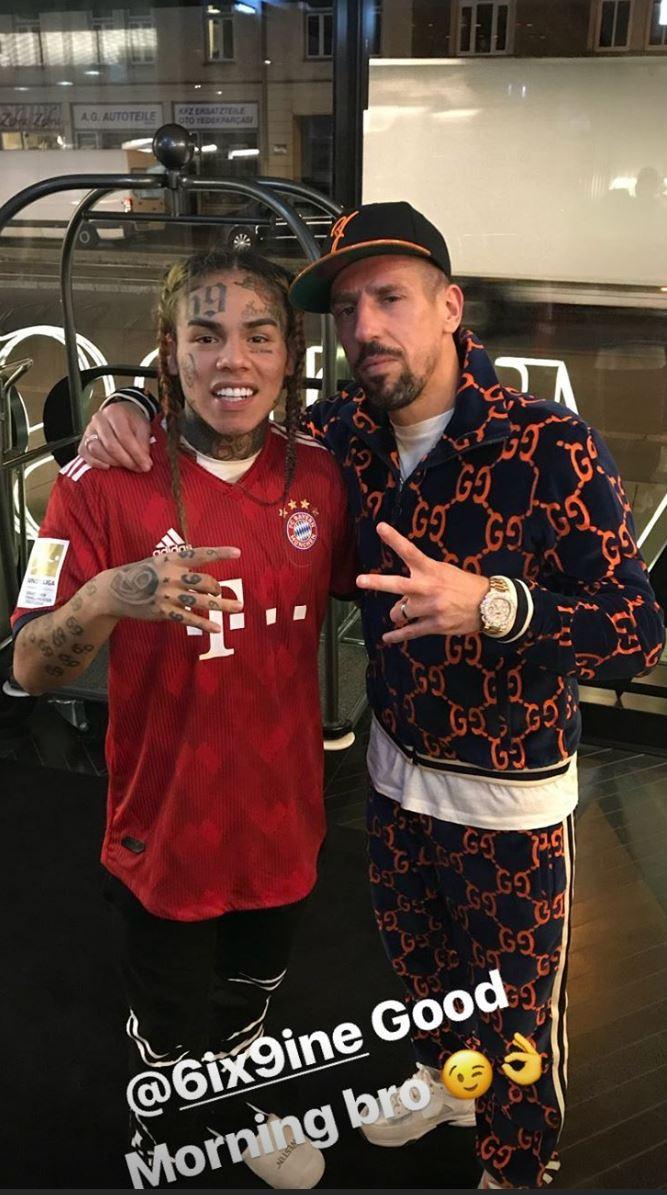 Despite the sweet snaps for the family album, it was Ribery's outfit – and not even Tekashi 6ix9ine's hair or tattoos – that stole the show.

One social media user commented: "How is Ribery's fit crazier than 6ix9ine's lmao."

Another hilariously added: "Ribery looks like he’s about to jump on the next 6ix9ine track and give us 16 bars of drill music." 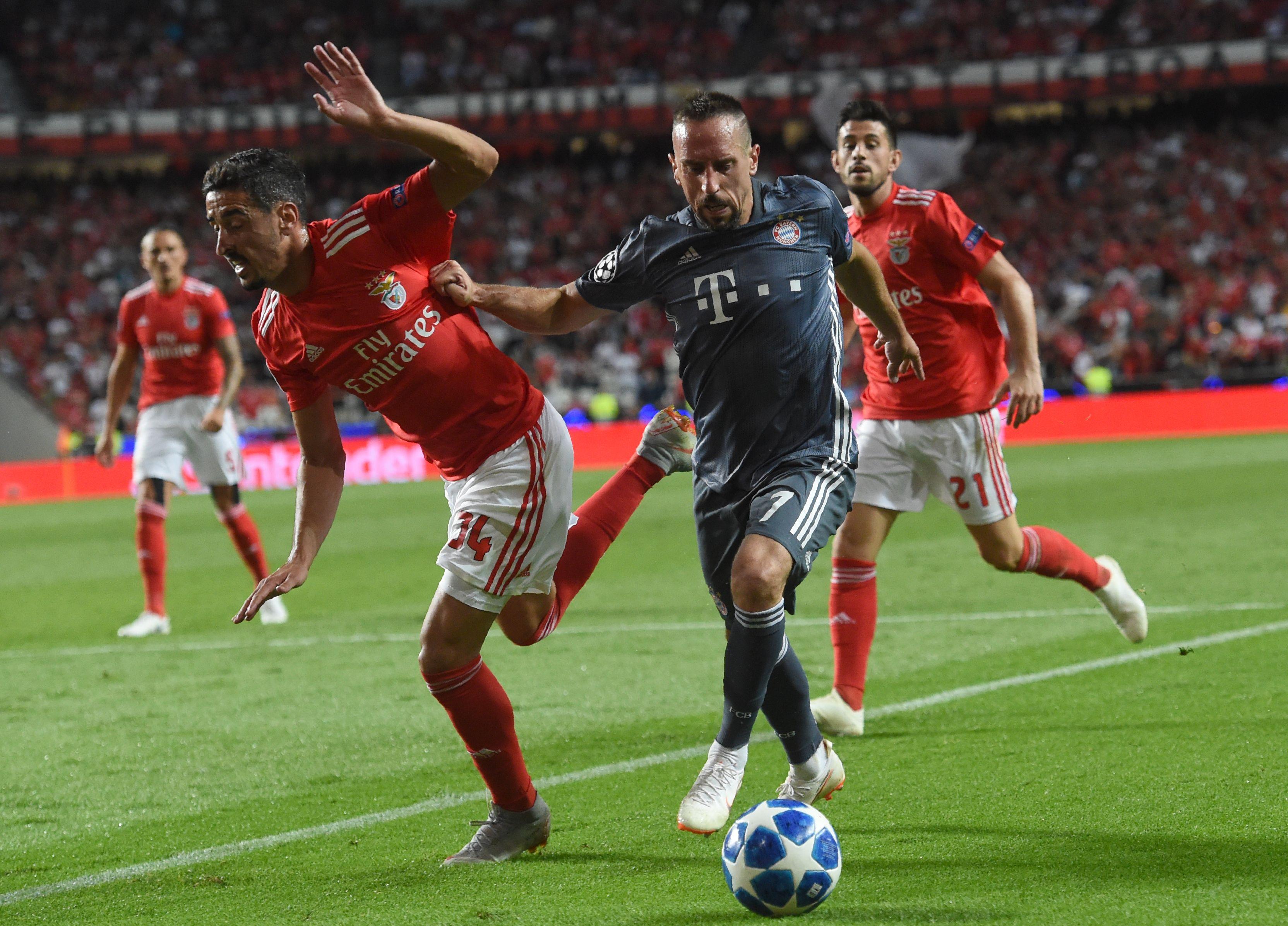