The apprentice became the master after Lamps led the Rams to Carabao Cup victory over his former Chelsea boss Jose Mourinho. 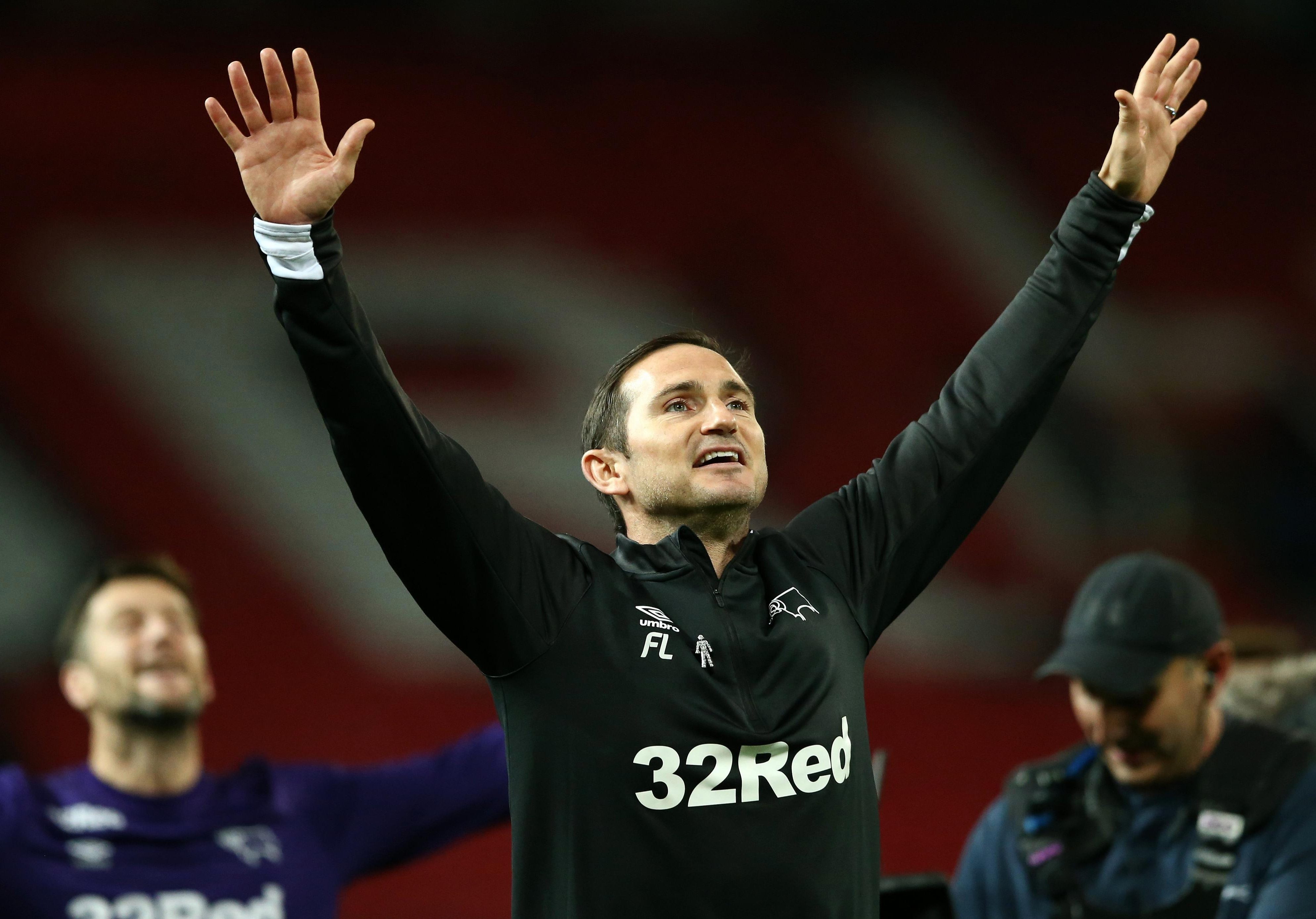 Derby went behind at Old Trafford just minutes into the game before levelling the score in the second half.

Lampard somehow resisted the urge to punch the air, perhaps out of respect to The Special One.

The former England superstar did manage to let loose when Derby went ahead with five minutes left on the clock.

But he was left sweating when Marouane Fellaini’s last gasp header sent the match to penalties. 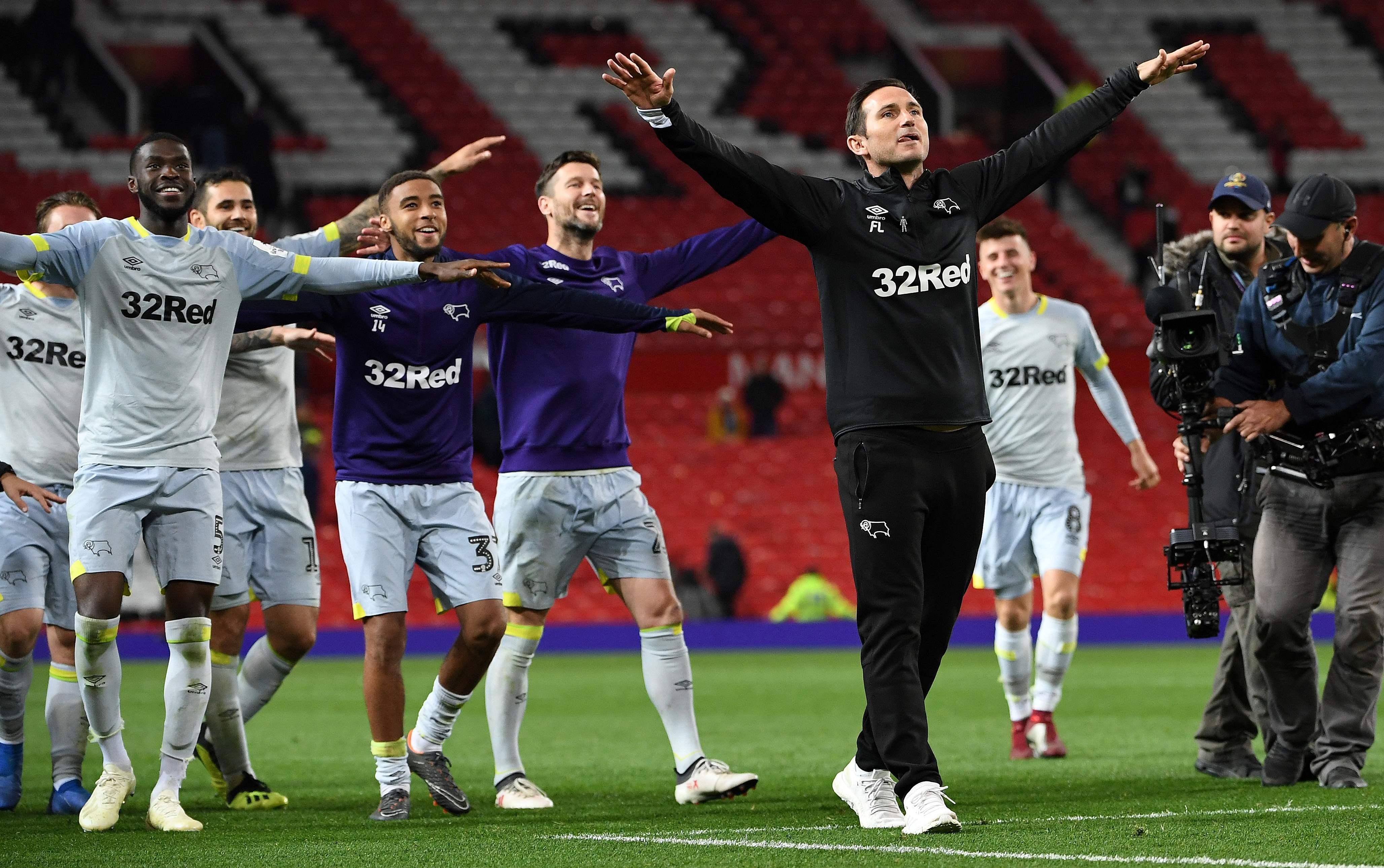 However, Derby’s players kept their cool and ended up winning the shoot-out 8-7, scoring all their spot-kicks in the process.

The result saw a jubilant Lampard sprint on to the pitch to join in the celebrations with his Championship aces.

And goalscorer Jack Marriot admitted the Chelsea legend gave Derby the confidence to win at the Theatre of Dreams, saying: “He’s got us playing with confidence.

“We back our ability on the pitch and we showed that today. We’re all together, we’re a tight-knit group.” 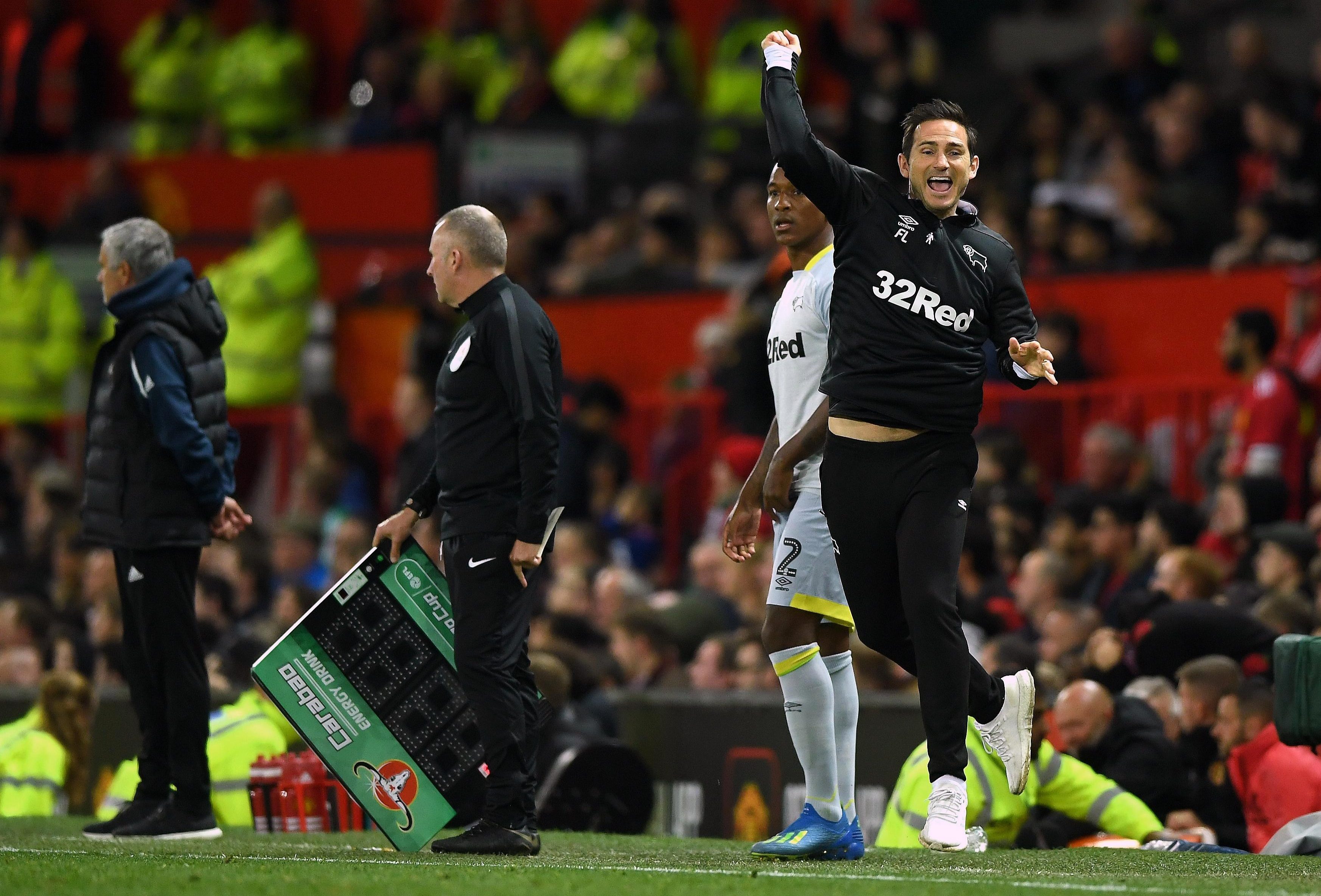 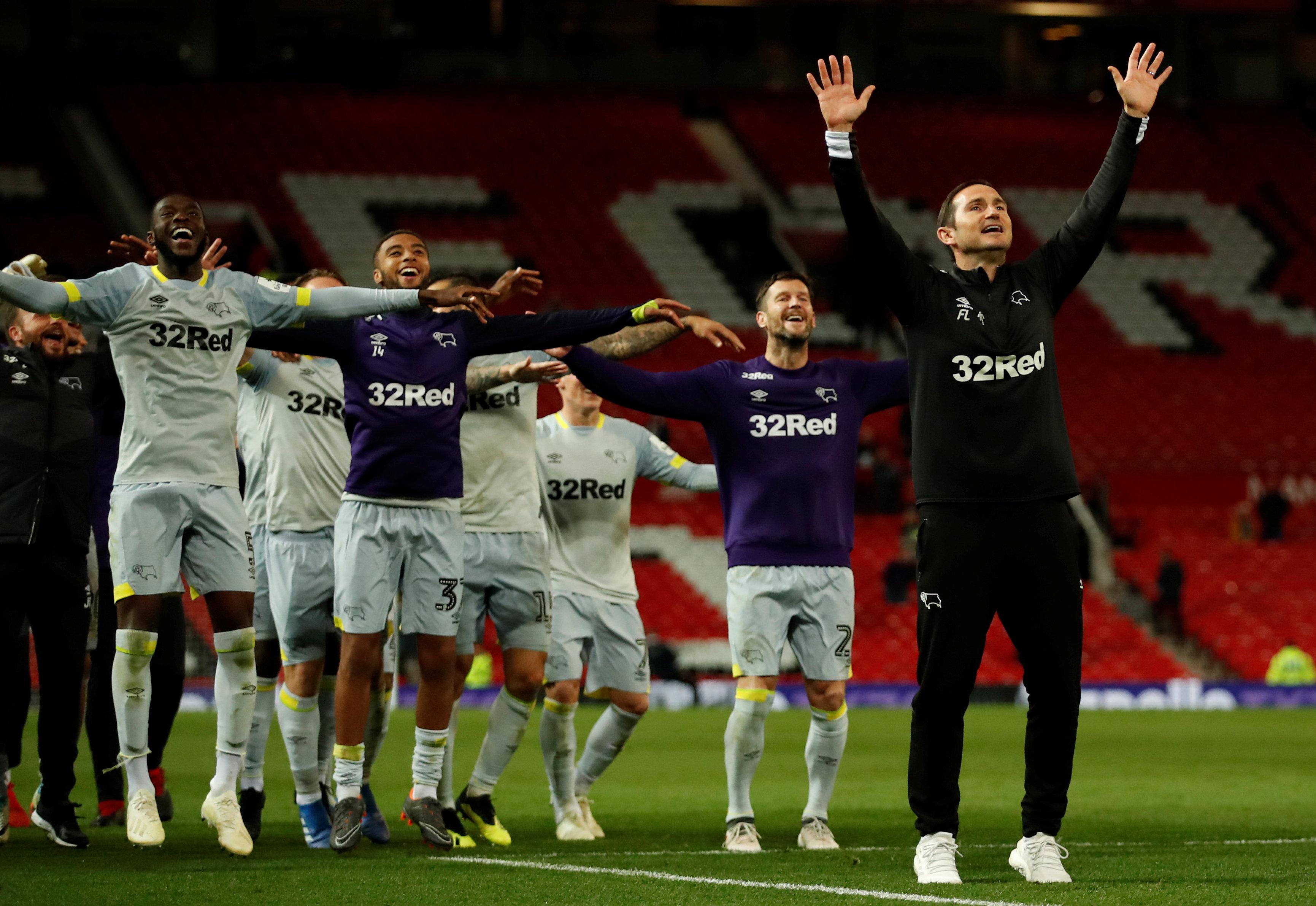