AIDY BOOTHROYD has left his role as England U21 head coach with immediate effect.

And the search to replace him is already well underway with Justin Cochrane and Frank Lampard the leading contenders for the role, according to bookmakers Betfair. 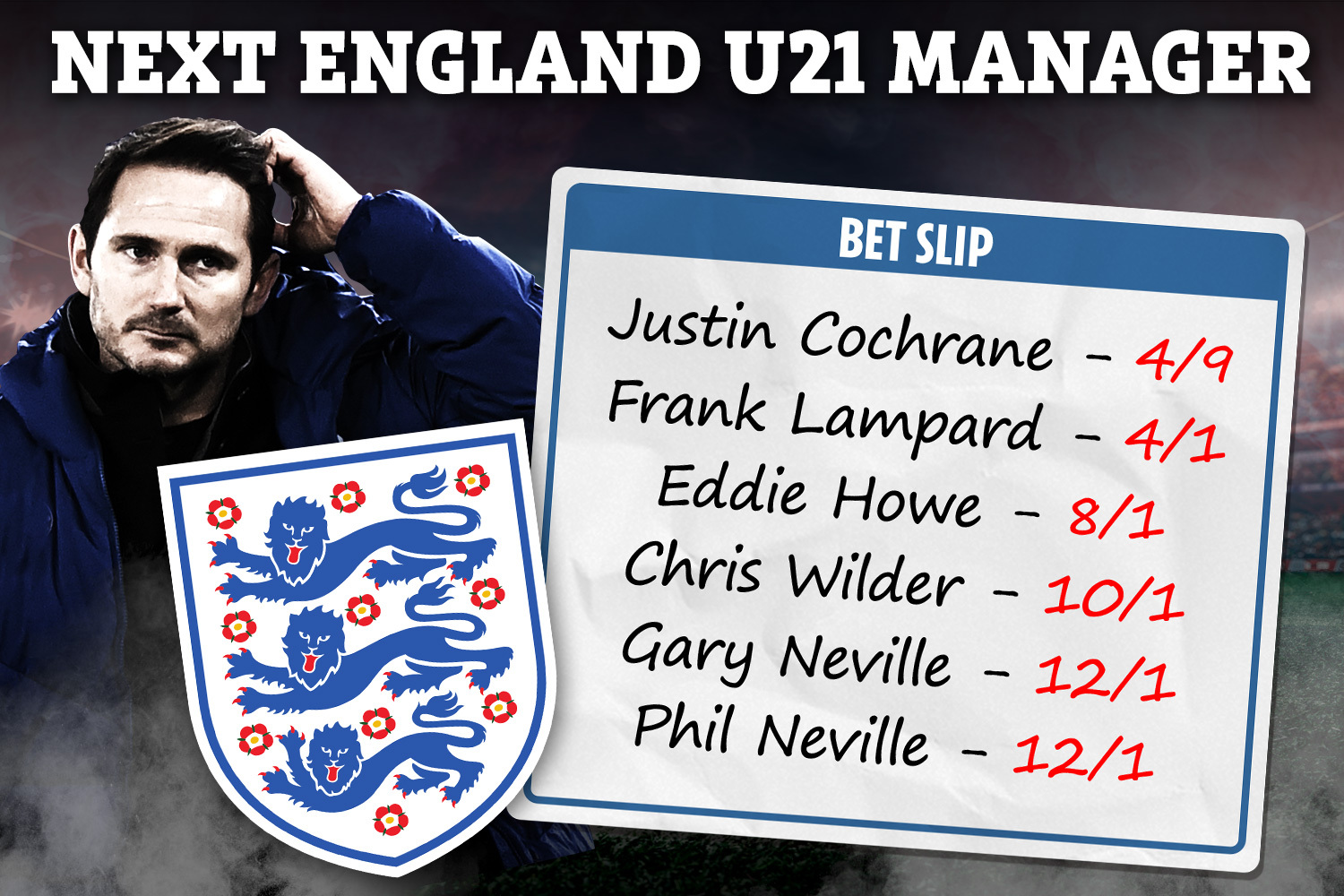 Boothroyd's departure comes shortly after the team's surprise elimination from the European Championships.

It was the fifth time England have failed to advance past the group stage in five out of the last six competitions.

In a statement, Boothroyd wrote: "It's been the greatest privilege to represent the FA and lead England teams into high-profile tournaments.

"While we didn't finish in the way we wanted, I'm very proud to have been able to work so closely with players who I know will go on to have remarkable international careers and to have experienced some very special moments with them over the years.

"I'd like to thank my staff and all of the incredible support team that have done so much to help us remain competitive against other elite nations.

Next England U21 Manager – Betfair

"In every single get-together they embraced our unique challenge of rightly prioritising the needs of the senior team while ensuring we gave our all to try and get a positive performance and result."

Boothroyd had previously described the role as 'utterly impossible' but who will the FA select with the recruitment process now underway?

Frank Lampard, Eddie Howe and Chris Wilder are all in contention, but they trail 4/9 favourite Justin Cochrane.

Previously coaching Tottenham's Under-23 squad, Cochrane was appointed to England Under-15s before rising through the age groups to take charge of the Under-17s.

Next in the market is Three Lions legend and sacked Chelsea manager Frank Lampard at 4/1.

Lampard remains a free agent having been dismissed at Stamford Bridge back in January and recently revealed he'd received several 'flattering offers' to return to management.

Eddie Howe and Chris Wilder come next at 8/1 and 10/1 respectively with Neville brothers Gary and Phil locked together at 12s.

England Under-19 coach Ian Foster, Danny Cowley and John Terry are all priced at 14/1 while Michael Carrick is slightly further back at 16/1.