Sydney remains a red and white town after Lance Franklin powered the Swans into September, as the Giants ended the latest derby out of the top four and with more injury woes.

The Swans capitalised on the Giants' mounting injury toll, finishing all over their cross town rival to book a start in their ninth consecutive finals series with a 20-point win in Sydney Derby XV.

Under pressure to make the finals late last month, the Swans can secure a top-four finish if they defeat Hawthorn on Saturday night. 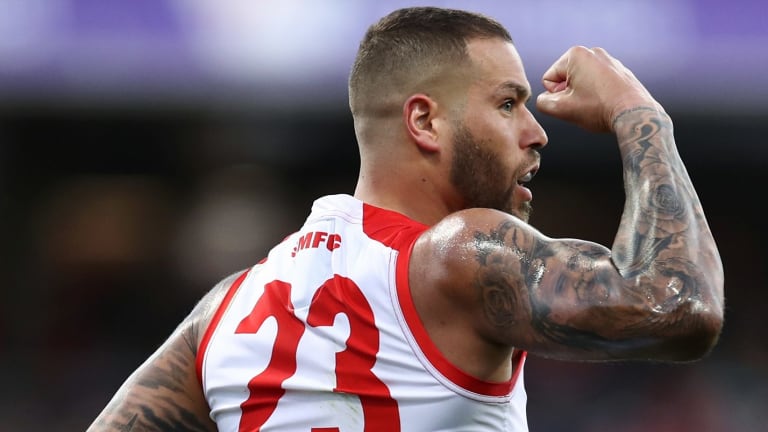 The turning point came in the second quarter when Phil Davis was forced off the field with a back injury after a collision with teammate Rory Lobb in a marking contest.

The Giants captain had been on top in his duel with Franklin but his absence enabled the superstar forward to dominate and claim the Brett Kirk Medal.

Youngster Jeremy Finlayson was out of his depth against Franklin, who jagged five goals – four of which came after Davis' injury.

The loss tips the Giants out of the top four and is a major blow to their premiership aspirations. They will need to beat Melbourne next week at the MCG and rely on other results falling their way if they are to return.

Equally concerning for them are injuries to Ryan Griffen and Davis. Though Davis was able to return to the field, he played in attack in a sign his back was not at 100 per cent. Griffen hurt his hamstring again and his participation in the finals must now be in doubt. 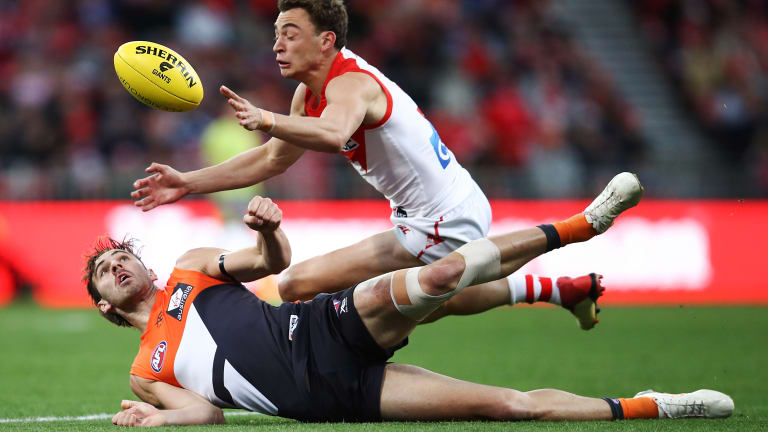 Swan Will Hayward contests the ball.

The Giants overcame injury in the past fortnight to post important wins but could not do it a third time. They ran out of puff in the second half as the Swans controlled the midfield, forcing them to chase and defend.

Callan Ward and Dylan Shiel were at their best in the first half but, unlike the previous two months, the Giants did not bat deep enough across the ground. Lachie Whitfield was limited to only 17 possessions by Dan Robinson.

Clean possessions were scarce in the first term as the Swans turned the match into an arm wrestle. It was not the Giants' preferred style but their pressure was intense, which allowed them to lock the ball in their forward 50 for long periods. 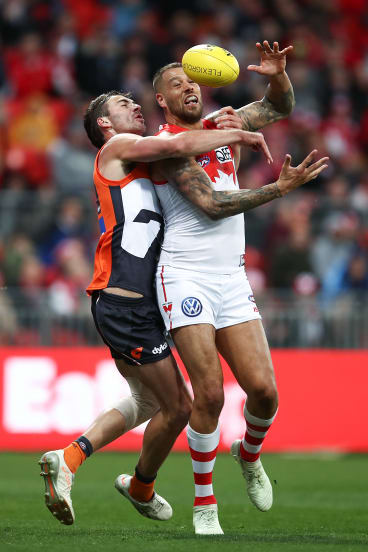 Sydney generated goals last week by chipping the ball around to find a loose man, who could then attack with speed, but the Giants locked down quicker than Melbourne did. As a result, the Swans' forward thrusts lacked bite and with Franklin well held by Davis they struggled to score.

It was not until after Davis was injured that Franklin, now with the inexperienced Jeremy Finlayson on him, had an impact on the match.

With their superior kicking skills, the Giants were better at the possession game and had more avenues to goal. They would have been happy with Harry Himmelberg's game against Aliir Aliir as he not only kicked an important goal but was preventing the Swans defender from taking intercept marks.

The margin was out to 21 points early in the third term when the Swans clicked into gear. They were given another boost through injuries to Griffen, Finlayson and Lloyd, which on top of a proppy Davis – who was playing in attack – left the Giants vulnerable.

After wasting several chances, the Swans hit the front early in the last term as the Giants ran out of legs.