Sydney FC have been forced back into the transfer market for defensive reinforcement after centre-back Ben Warland was ruled out for three months with a broken foot.

The young defender might not be available until the new year after undergoing surgery on an injury sustained in a collision with a teammate on the training ground. His absence  leaves the Sky Blues with only three recognised centre-backs. 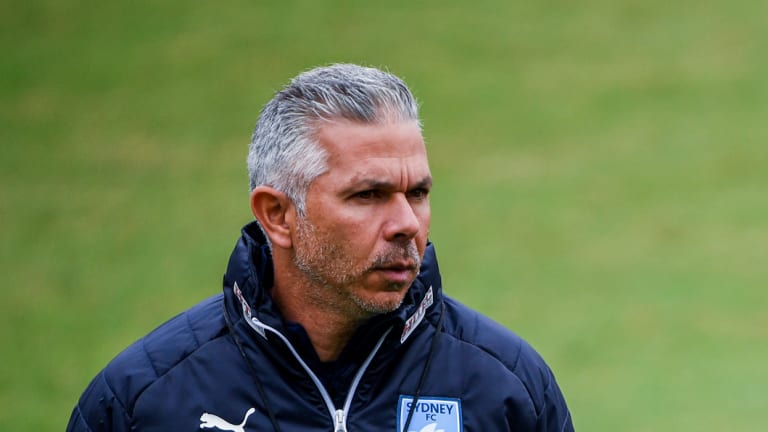 New coach Steve Corica is scrambling to find a short-term signing to replace Warland and has had little luck finding a suitable player just weeks out from the new season.

"We can bring someone in on injury replacement for him, it’s just finding the right person," Corica said.

"Three months, it’s not easy to get someone in for that period of time. Most players have clubs or are playing. It’s difficult to get anyone in, but we are looking. We’ve got Champions League as well, so [Warland] will be back for that."

Corica will have almost all of his squad available for Saturday night's FFA Cup semi-final against Western Sydney Wanderers.

A fresh injury for Chris Zuvela rules him out, having sustained a yet to be diagnosed injury in training this week.

"It's unfortunate he'll miss the start of it now, but we'll have him fit, ready to go when it's important that we'll need him,' Corica said of Warland.

"We've Champions League as well this year, so we need four good centre-backs fit and ready for that."

"He's been training the last two, three weeks now with the team, so he's excited and ready to go," Corica said.

Former Dutch international de Jong has played in both the 9 and 10 roles so far.

"We can play him high or a little bit deeper in the midfield, so he gives us that versatility that we need," Corica said.

"They are great professionals, they work very hard and I wouldn't be surprised if one or both of them end up in the national team this year," Corica said.

"Graham knows them very well and knows what to expect from them. He knows what they can give."