The Arsenal right-back often raises eyebrows when he steps out onto the streets in his quirky and unusual attire. 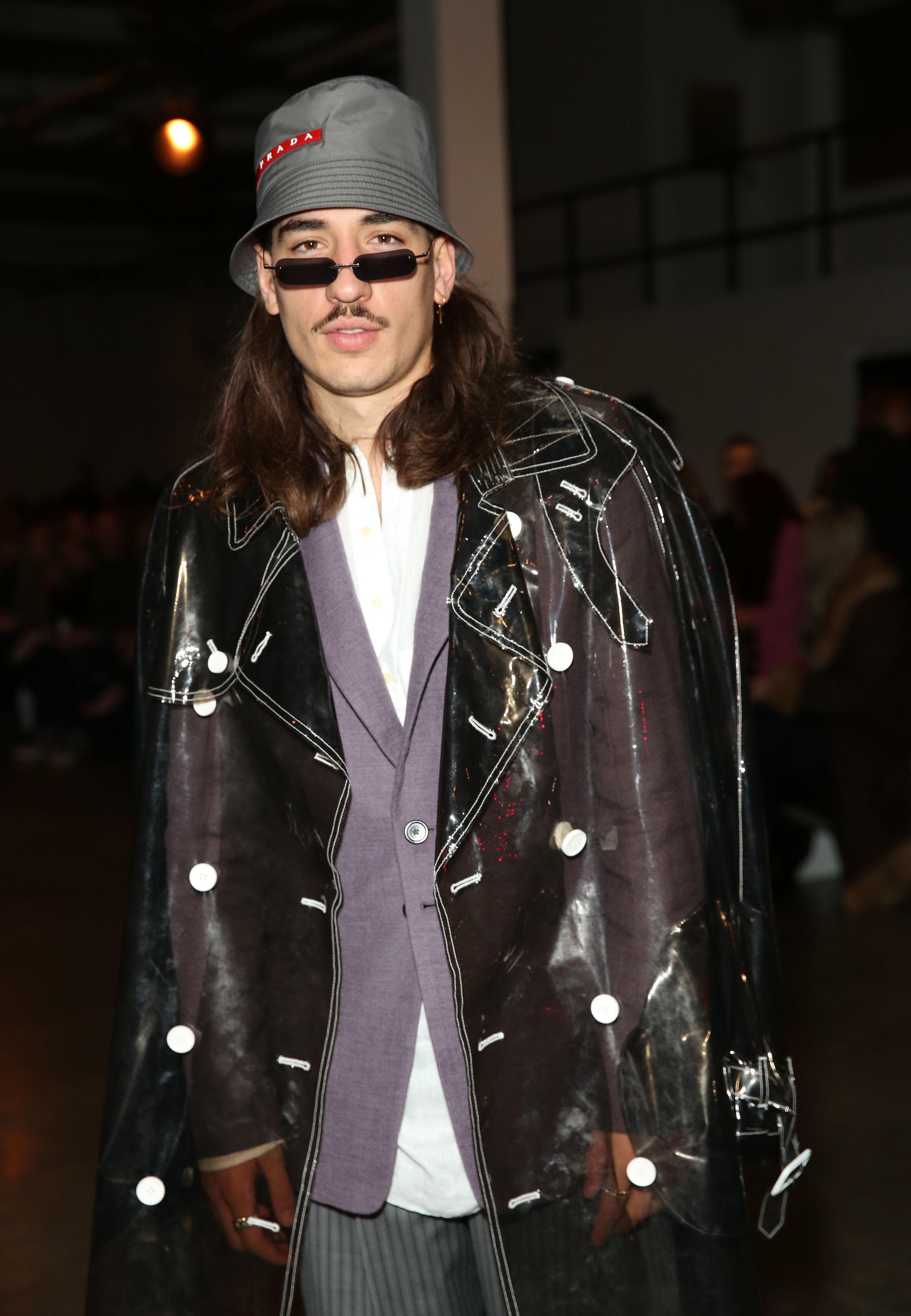 That was evident at the recent London Fashion Week when he wore a see through mac with suit, bucket hat and shades.

The Spaniard is currently nursing a ACL injury and recently underwent successful surgery as his long recovery period begins.

So it gave him ample of time to talk fashion with BT Sport for their latest episode of "What I Wore."

It starts with the football shirts he used to wear as a young child playing on the streets of Spain and eventually into the present day. 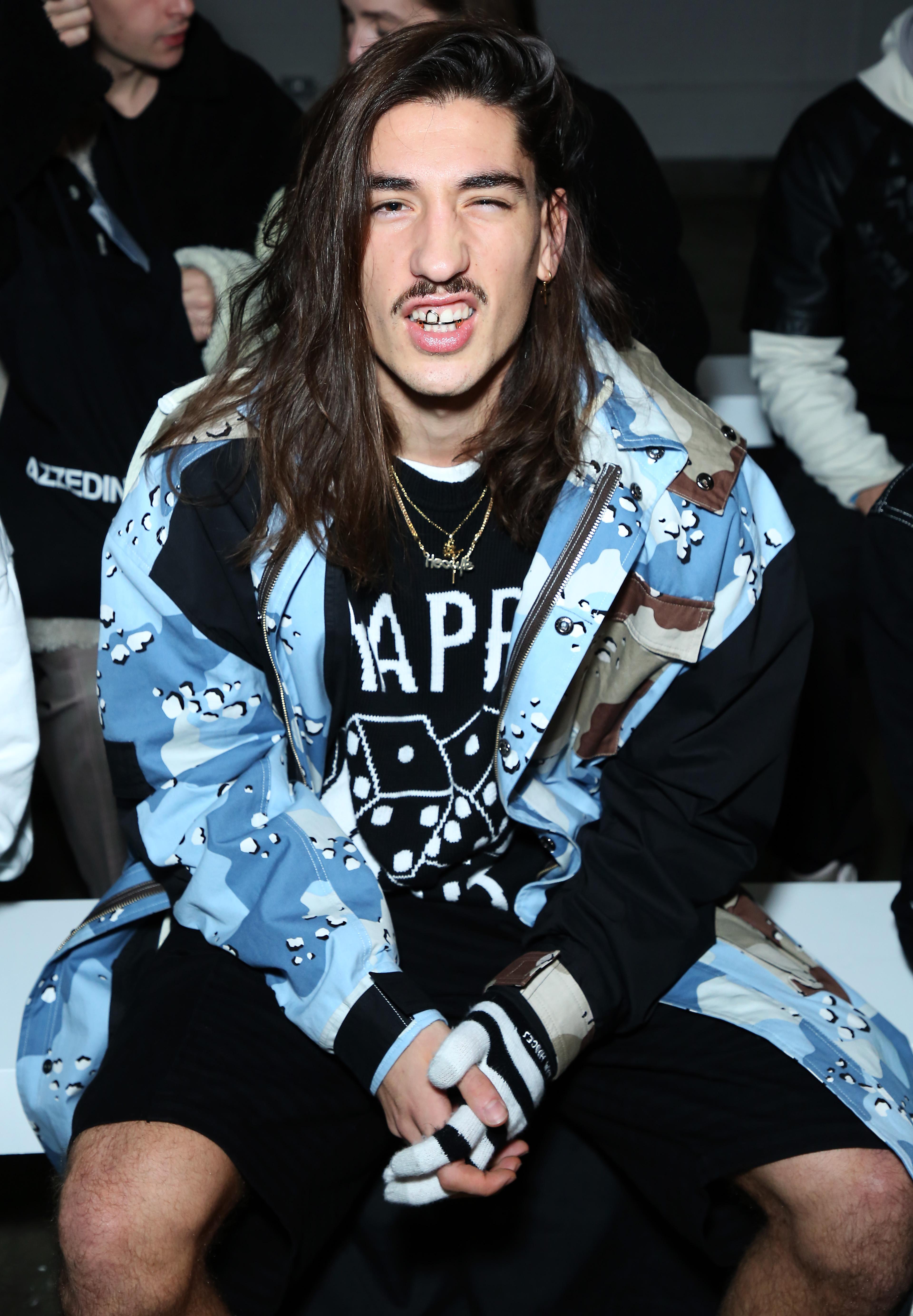 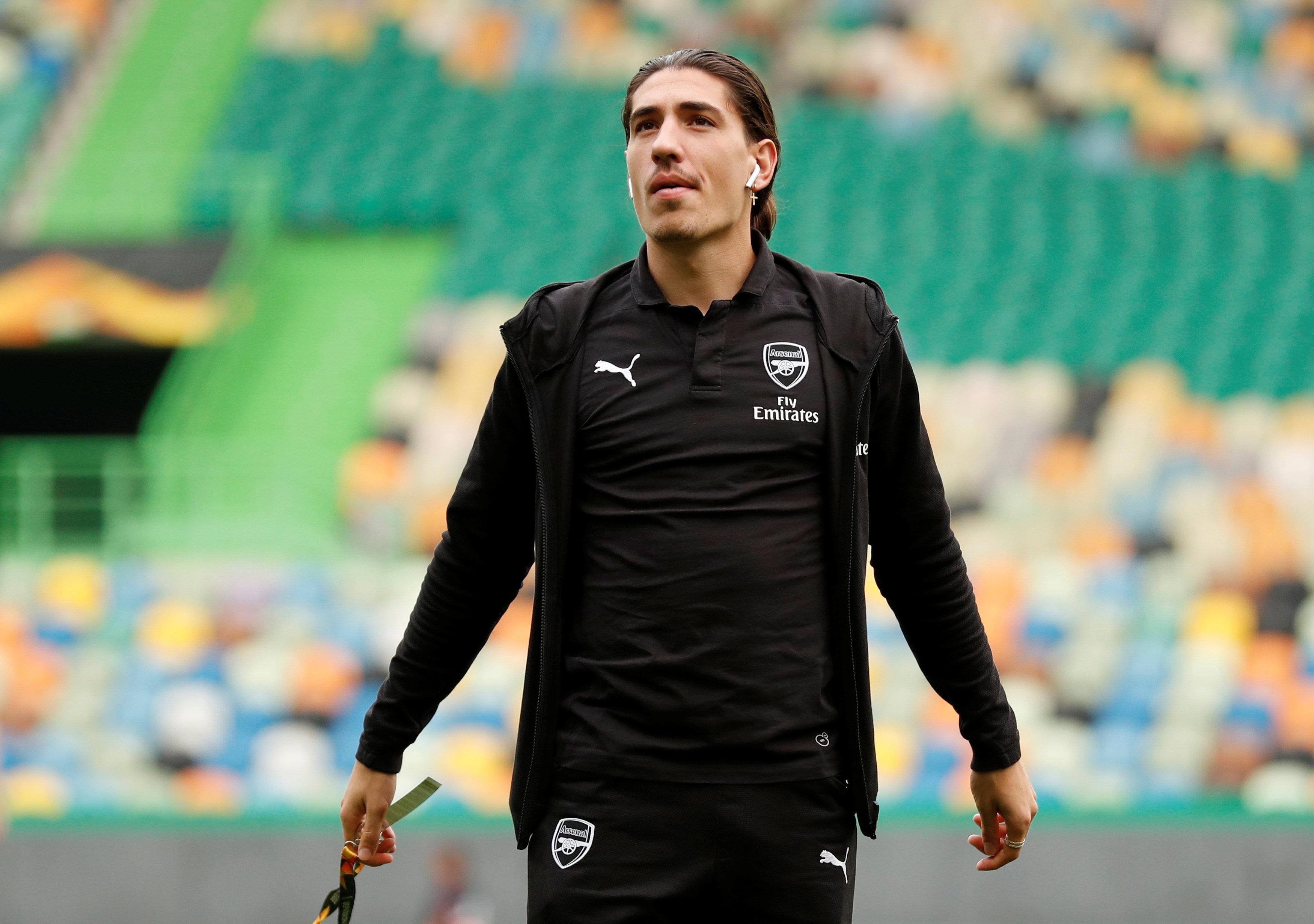 Bellerin's youth career started at Barcelona before making the switch to Arsenal's academy.

But it was wearing the colours of Real Betis that he first wore when showing off his ability.

"My dad was a Real Betis fan. He actually had this kit when I was really young.

"He used to get me a plain green and white football kit with no branding, no badge, nothing. He told me "that's a Betis kit" and I was like "OK, cool".

"I used to go on the road to play in it but as I was getting older and there were other teams – Madrid used to win loads of games, Barca – I was like 'oh dad, I'm not sure I want to be Betis no more'.

"He was like 'nah, nah, nah, every time you go outside to play football you have to wear it'. I was a bit forced at some point." 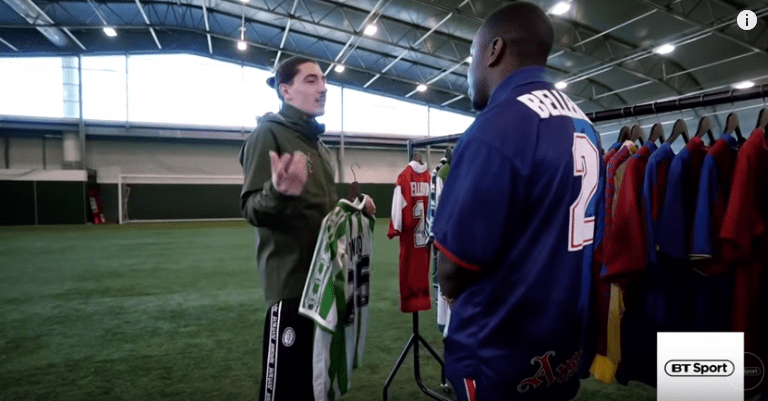 "This one I used to have a lot of stress at school. I used to get loads of good grades but I was always outside my house because I had to travel to Barcelona to then come back. Playing football was my way out of normal life. 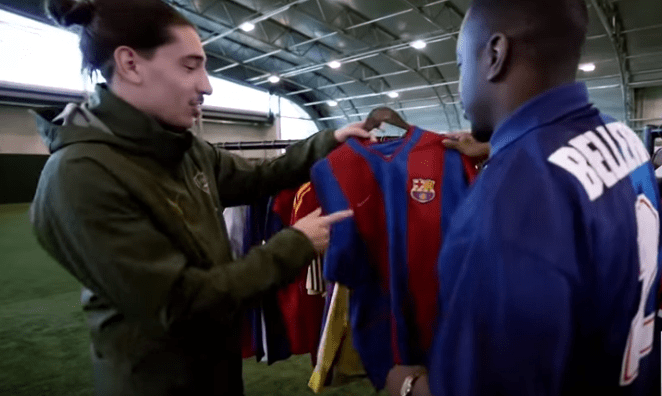 On his first Arsenal shirt…

"It was just like a dream come true for me. I have loads of pictures with this shirt that I have printed in my home because this was the year that I probably learned the most in my whole career. I came as a winger and Arsenal wanted me to play as a right back. This was the year that everything I know defensively was taught to me.

"This shirt was my full-on debut, coming on in central midfield. Mr Wenger came to me and said 'Hector, you're coming on in centre midfield'. I started laughing a little bit but he was like 'I'm serious, Mikel (Arteta) is coming off, you have to go in'. So he just told me to pass it easy, sit in front of the defence and make sure you listen to the experienced players at the back so that's what I did.

"Borussia Dortmund was my Champions League debut with Arsenal, it was my first starting game. When I saw that name on the board and saw that I was starting, I was so scared. But after I thought, if I can cope with this game then I can cope with anything." 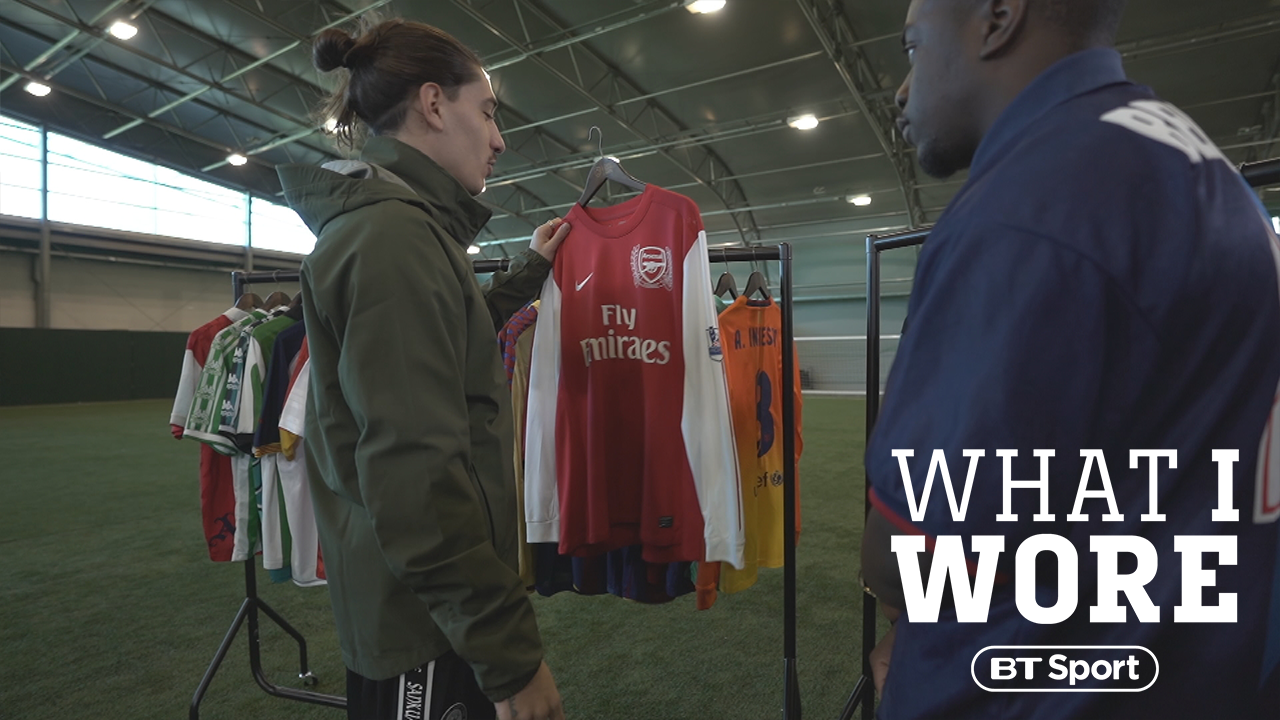 On getting his favourite number 2…

"When I first came to Arsenal, when I signed my contract from Barcelona, they gave me a shirt with Bellerin No 2. It took me seven years to get to it because I'd been saying to Vic Akers if Mathieu (Debuchy) is going on loan or something, please can I get the No 2? He was like 'Hector, don't worry, I've got it locked for you'.

"So when it finally happened, it was one of the happiest moments. From the first game I played with it – it was a friendly game – I was so proud to finally wear the No 2." 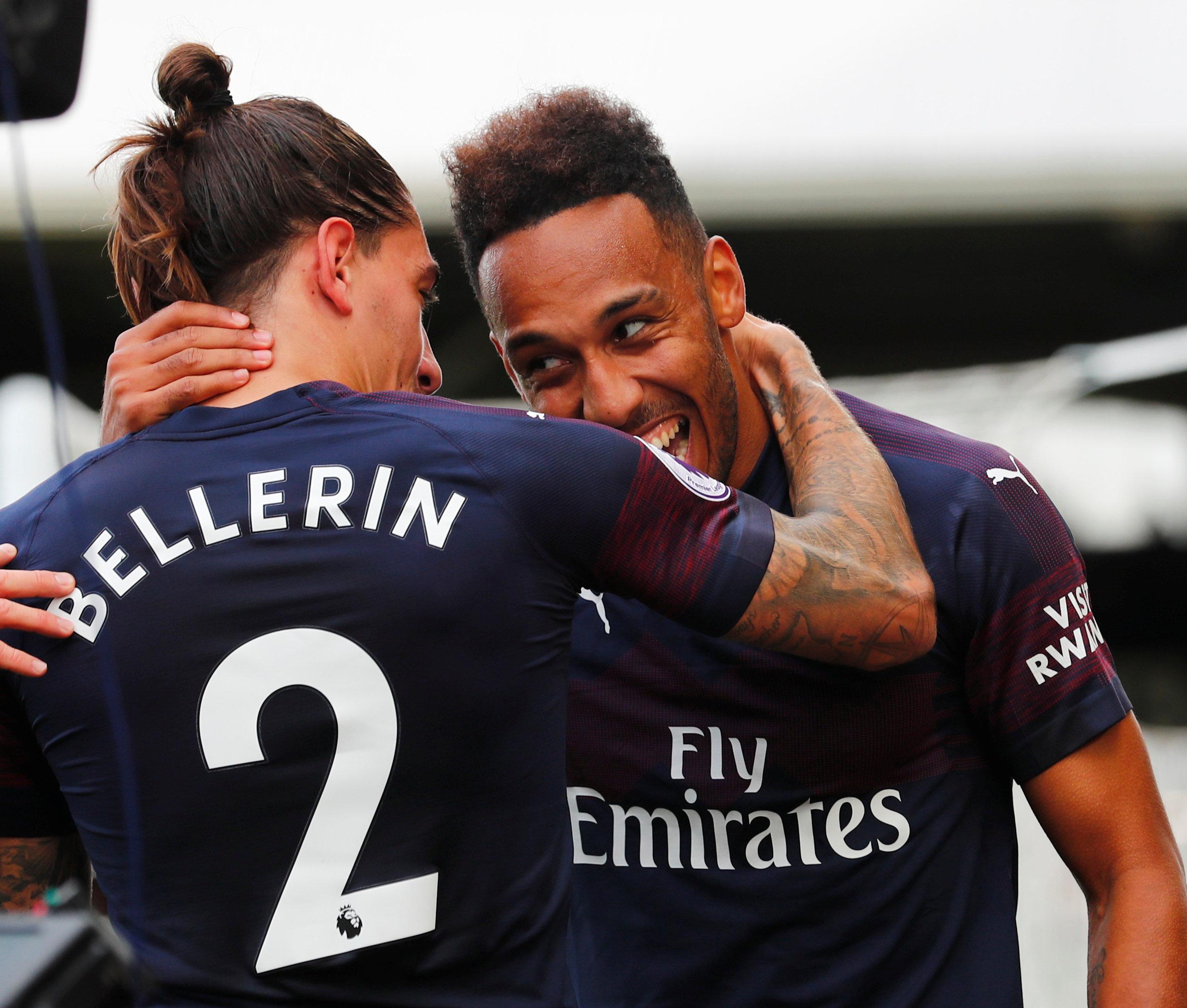 "He was the guy that showed everyone that in football you should always have a smile on your face. Football had always been about being angry on the pitch, tackling and being focused, but this guy used to have fun. You'd see him miss a pass but he was smiling, it didn't matter, he was happy.

"I think he was revolutionary, not just for Barcelona, but for Spanish football and in Europe too. Since the first day he made an impact, every single player just wanted to be like him." 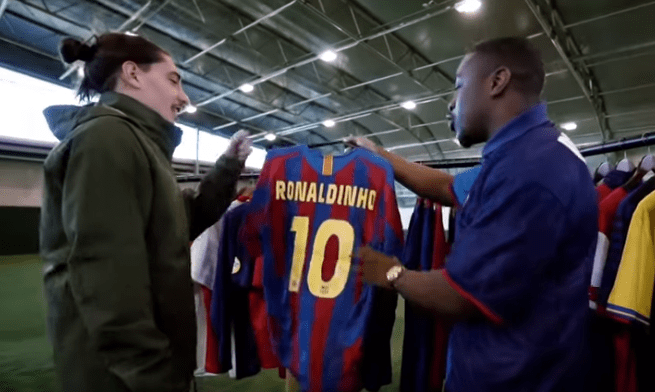 On his own style and fashion sense…

"Wherever I went, I just wanted to look good. When I used to go to school, the teachers used to say to my mum, 'Hector looks like he's going to a restaurant'. I was just that kid, I wanted to look good. It's took this natural path and being in London helped me a lot in terms of being able to express myself and having opportunities to meet people in the industry. The more I've been getting into it, the more I love it.

"People don't want to be diverse, or they're scared to be diverse. People just dress a certain way to fit in but sometimes being outside of the box is the cool thing to do. Sometimes I see people on the street and I'm like, 'yo, I want to dress like that guy'.

"It's cool to get inspiration from other people but stereotypes are meant to be broken as well. When I post a picture, I'm not asking anyone to like it. I'm just posting it because I want to."

Further episodes of What I Wore will be released in over the coming weeks and will be available to watch on the BT Sport YouTube channel, Twitter, Facebook and at BTSport.com/WhatIWore