For Kris Lees, The Everest was a dream four weeks ago. He had the right horses but none of them had slots.

The changing nature of The Everest this year and other circumstances means he now has Le Romain, Graff and In Her Time lining up on Saturday with Lees' name next to them in the book. 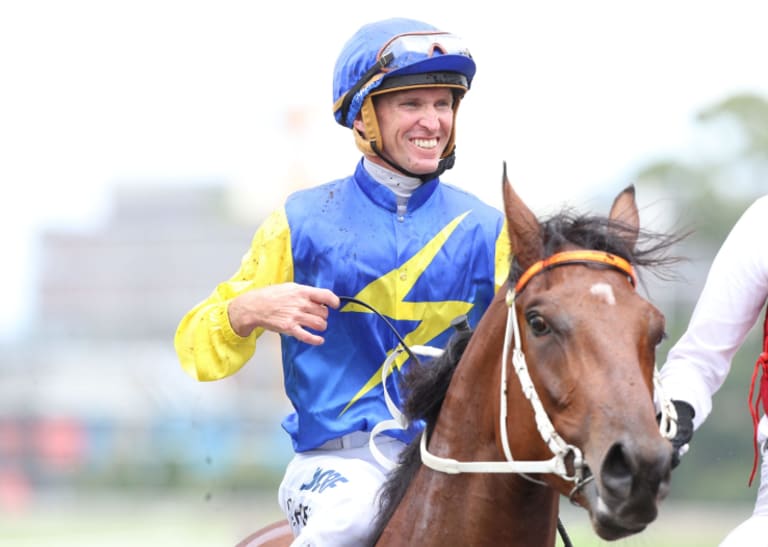 “The prizemoney alone means it is a race you want to be in. To have one runner would have done me,” Lees said. “But to get three is really amazing. We didn’t draw the best in eight, 10 and 11 but I think there would be a lot of trainers that would take those draws to have a runner.”

It’s no longer a real surprise when Lees is on racing’s biggest stage. He has consistently been in the top five trainers in the country for the past couple of years.

He continues to make the most of his opportunities and his Newcastle stable continues to fire. Four group 1s last year and this season he has been the centre of attention with a great group of three-year-olds.

However, when The Everest discussion started Lees admitted he only really had Le Romain in the frame.

“He seemed to be everyone has everyone’s second pick,” Lees said. “They all wanted to talk but they would find a better one. I was always confident he would get in The Everest and I kept telling the owners that, but it took a bit longer than I thought it would.”

“He was always going to run on this day over 1200m at Randwick,” he said. “He is just getting to run for a lot more money now. We know why everyone was keen to talk to us because you know what you are going to get from him. He is up with the best of them but might just be that length from winning against them. He is a three-time group 1 winner and loves a wet track, so I’m sure he going to run a good race.”

If Le Romain is the horse everyone knew, Graff, a three-year-old colt, is the unknown factor in the $13 million race. Even for Lees, he was unknown in terms of The Everest a couple of months ago.

He only started to think of The Everest for him after he won the San Domenico Stakes on August 25.

“We knew he had come back well and that win was no surprise to us,” Lees said. “We had mapped out a path to the Golden Rose and I sat down with Alan [Bell] after it and joked The Everest night be a good race for him. It’s not a race you can be confident about getting a slot in with any horse, yet alone a three-year-old, but things fell his way to get into the race.”

Graff was picked up by the Max Whitby slot after he was runner-up in the Run To The Rose and third in the Golden Rose. Lees is confident that he will not be out of place on Saturday.

“What he showed us at home told us he was a good horse,” Lees said. “He needed to do enough in those last two runs to convince someone else he was [a good horse] and he did. He has no weight on his back and we know he has a big sprint at the end of his races and I’m sure he will react well off the three-week break.”

Lees final runner, In Her Time, came to his stable last month after the suspension of fellow Newcastle trainer Ben Smith.

“Not the way you want to get a horse,” Lees said. “I have just kept her going on the program Ben set. Everyone has seen what she has done and she has come on since her Premiere Stakes run. She is probably the best of my three, but I'll take any of them winning."