Queensland coach Kevin Walters has a problem following the withdrawal of full-back Billy Slater with a hamstring injury.

By promoting Michael Morgan from the bench to full-back, he loses the utility value of a versatile player who can be injected into the play, performing the role of a third half-back, akin to the old ball-playing lock. 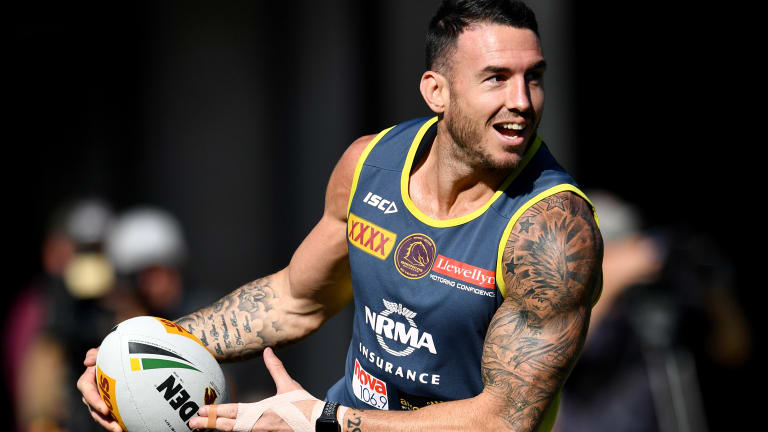 Morgan is clearly restricted by a groin injury, a problem evident with some of his errant kicks. He is more likely to be exposed as a full-back.

Five-eighth Cameron Munster did train briefly at the MCG on Tuesday at full-back, a position that allows him to run more.

He thrives on having the ball in his hands.

However, this would mean moving Morgan to No.6 and, with Ben Hunt as half, Queensland would have two right-side players in ball-playing roles.

Walters' best option will be watching the game on television.

The Broncos’ full-back and captain, Darius Boyd, has had two younger players drafted in ahead of him.

His Brisbane teammate, Anthony Milford, has been named to take Morgan's bench position.

Newcastle’s wunderkind, Kalyn Ponga, called into the squad when Slater withdrew, is not likely to make the 17 unless winger Dane Gagai surrenders to a finger injury.

Boyd would have added experience and leadership to a team which has lost veterans Cameron Smith, Cooper Cronk, Johnathan Thurston and now Slater.

Furthermore, Boyd’s voice would be familiar to the spine. Hooker Andrew McCullough is a Bronco, as was Hunt before moving to the Dragons. The new bench man, Milford, a five-eighth, is another Bronco in the spine.

OK, Boyd appears to have gone from experienced to elderly in a couple of seasons, but isn’t the Queensland myth of invincibility built on men like Arthur Beetson selected from reserve grade and turning in stellar performances?

Walters has other options at the back such as moving Greg Inglis to custodian or shifting Valentine Holmes to this position. 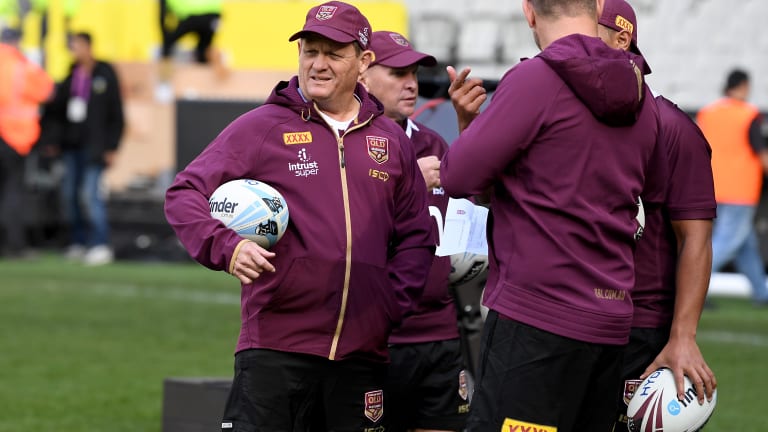 Riddle: Kevin Walters has been handed a selection headache.

If Ponga does get a run and stars on his debut like Munster in last year's decider in Brisbane, where the Storm half won the man of the match award, it would merely confirm he is the leading candidate to be the next great player.

However, State of Origin football is like going to a place where you are given the directions but not the exact address.

You are told it’s on this street, and this suburb. Someone may even sketch a little map but, at the end of the day, you have to find it yourself.

All the navigational aids in the world, the football signposts and the coach’s game plans get lost in the whirling geometry of the playing field.

NSW coach Brad Fittler has 11 players new to Origin and admits it is an unknown how many of them will succeed.

Freddy has, at least, made it easier for the Blues by booking them into a hotel where they can see the venue where they will be playing. And he ambushed the Queenslanders in the process.

The Maroons have traditionally used the Pullman hotel (formerly the Hilton), a five-minute walk to the MCG, the venue for tonight’s game.

But Fittler got in first and, furthermore, secured a reservation at the nearby Il Duca restaurant where the Maroons regularly dined before Origin games in Melbourne.

Stealing the Maroons’ hotel and restaurant may mean little at the first crack of shoulder pads at 8pm Wednesday, but it helps with preparation.

When the Blues last played in Melbourne, it took the team bus 90 minutes to navigate the traffic from their St Kilda base to the venue.

Usually, in contests between NSW and Queensland, the Maroons win the geographical battle.

When it came to the selection of the Kempsey born and raised Maroons’ captain, Inglis, the QRL won.

After all, as Walters, said, when considering the selection of the Dragons’ winger, Nene Macdonald, who was born in Port Moresby, “Our borders go everywhere.”

The Maroons will also have the MCG crowd on their side, partly because Victorians holiday in Queensland but also because they have an entrenched antipathy to NSW.

Yet, there is the sweet smell of possibility about Freddy’s team, judging by their humble, yet confident demeanour at Il Duca on Monday night.

Anyone considering joining the sky blue bandwagon should jump aboard now.