FURIOUS Arsenal fans are calling on their club to BOYCOTT the Europa League final after Henrikh Mkhitaryan's unavailability was confirmed.

The Gunners released a statement today to announce that the Armenian will not be travelling to Baku for next week's final as his safety could not be guaranteed. 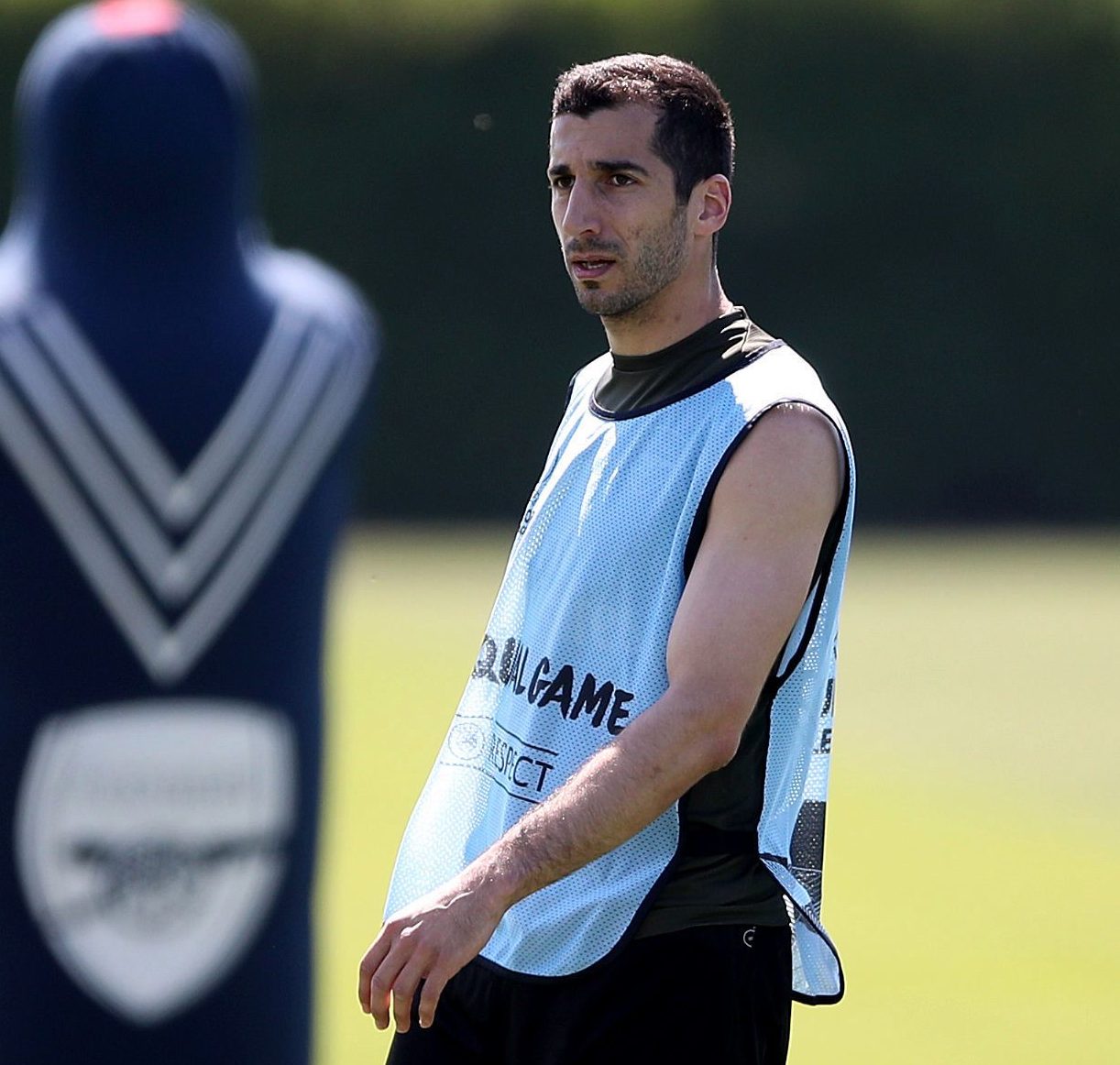 Host nation Azerbaijan have been at loggerhead's with the midfielder's country for three decades which resulted in the Nagorno-Karabakh war.

Victory in the Europa League final would provide Unai Emery's team a back-door entry into next season's Champions League after finishing fifth in the Prem this term.

But supporters are now wanting their own team to forgo a return to the Champions League to stand up to Uefa, who could not give Mkhitaryan any assurances.

Popular Arsenal supporter James McNicholas – who runs Gunnerblog – tweeted from the blog's account: "I would be more proud of my club for boycotting the Europa League Final than for winning it."

User @Skid_64 said: "If Mkhitaryan can't play for us it's quite simple really, the game gets moved to another country. If UEFA insist the game does goes ahead without him we forfeit the game. F***'um.

"If we decided to forfeit the game UEFA would go into meltdown! The thought of a team pulling out of one of their showpiece finals would be too embarrassing for them in my opinion & they would have to come to our aid."

User @Gooner_AK came up with another genius solution.

He joked: "If Arsenal can't take Mkhitaryan to Baku for the Europa League final then the only fair solution is for Chelsea to have leave one of their players in England. I nominate Eden Hazard."

And on Reddit, other fans supported the idea of pulling out of the game., user mjones2k said: "Would wholeheartedly support a decision to forfeit the game."

MajesticObjective blasted: "Embarrassing. Had it been Messi or another superstar, UEFA would have ensured their safety for the final."

Meanwhile, Ice_Bergkamp added: "Hypothetically speaking, what if FC Alashkert (Armenian champions) had progressed all the way to this year's Europa League Final? How the f*** would UEFA have handled that?"

Mkhitaryan played more minutes than any other Arsenal midfielder in the run to the Europa League final and only Pierre-Emerick Aubameyang and Alexandre Lacazette have scored more goals for the club this season.

But as well as losing Aaron Ramsey to injury, now Emery must make his plans to try and beat Chelsea without another key playmaker – and one who has scored in and won a Europa League final before.

An Arsenal statement said: "We are very disappointed to announce that Henrikh Mkhitaryan will not be travelling with the squad for our Uefa Europa League final against Chelsea.

"We have thoroughly explored all the options for Micki to be part of the squad but after discussing this with Micki and his family we have collectively agreed he will not be in our travelling party.

"We have written to Uefa expressing our deep concerns about this situation. Micki has been a key player in our run to the final so this is a big loss for us from a team perspective.

"We’re also very sad that a player will miss out on a major European final in circumstances such as this, as it is something that comes along very rarely in a footballer’s career.

"Micki will continue to be part of our preparations until we depart for Baku at the weekend."