The Liverpool boss raged after Sunday’s goalless draw at Old Trafford and his message to squad was they NEEDED to win those games for the title. 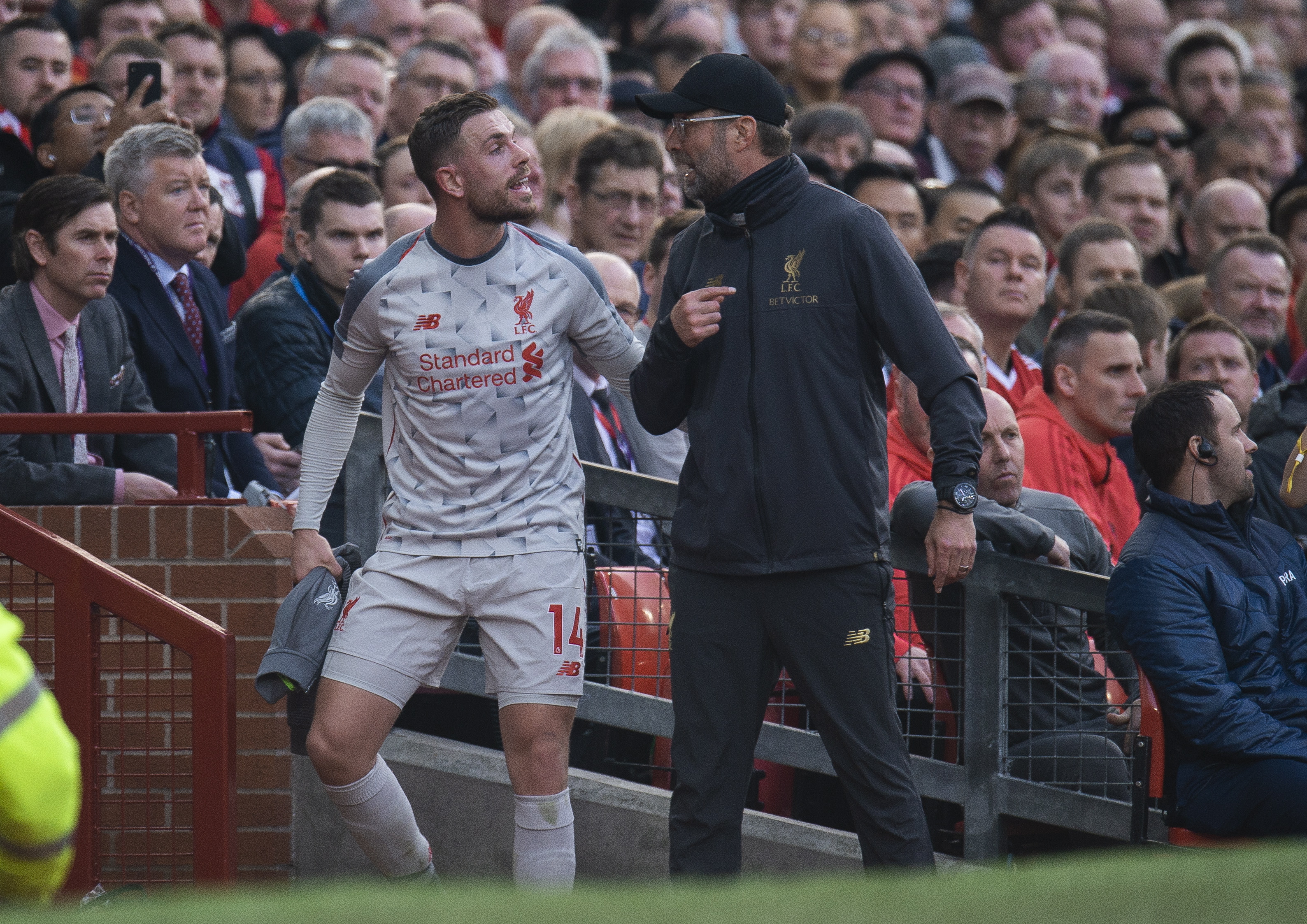 SunSport understands Klopp went ballistic at his squad minutes after the final whistle and was upset with Henderson after a bust-up as he was subbed during the game.

He was also unhappy with Sadio Mane as his team failed to breakthrough despite Manchester United suffering FOUR first-half injuries.

Liverpool are now just one point ahead of Manchester City at the top of the Premier League but are in poor form.

Against United, Ander Herrera, Juan Mata and Jesse Lingard went off with hamstring injuries and Marcus Rashford was crocked but carried on. 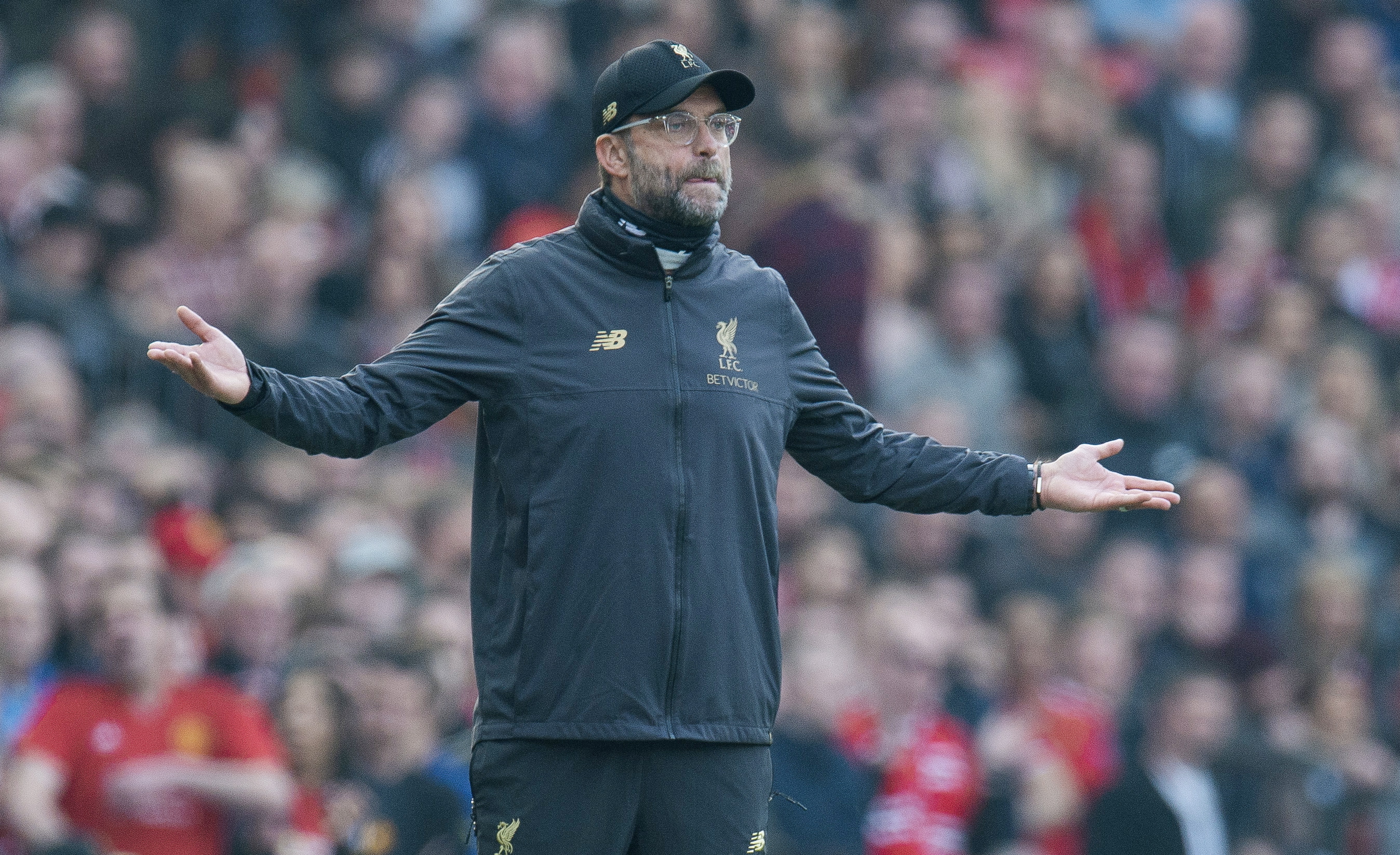 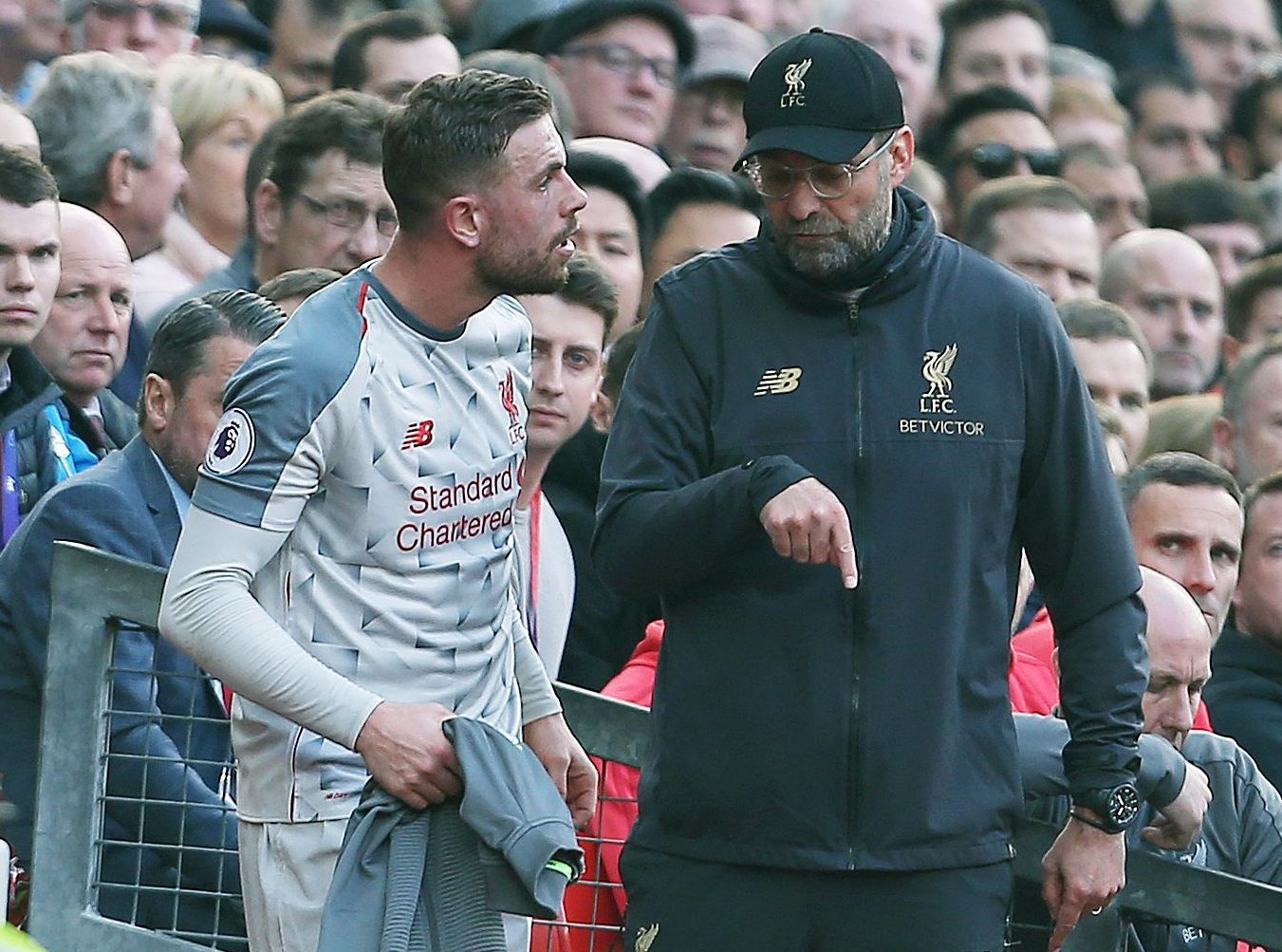 But Liverpool only had one shot on target and recorded their third draw in four Prem matches.

Henderson was upset after getting taken off in the 72nd minute and refused to shake Klopp’s hand before getting called back.

Mane had a quiet game too in his part of an attack that saw Roberto Firmino pick up an ankle injury and Mo Salah marked out of the game by Luke Shaw.

Klopp blamed United’s injuries for upsetting Liverpool’s rhythm in the first half.

But he also took aim at players for failing to take advantage of a United team who effectively had 10 men with Rashford injured.

As he shook hands with Ole Gunnar Solskjaer he mouthed “f***ing hell, what a s*** game”.

Klopp also suggested afterwards that his team need to learn how to cope with the pressure of a title challenge.

The German, 51, is also dealing with the pressures of his first real title tilt after two fourth-placed finishes in his full seasons at Anfield.