The Welsh winger has been heavily criticised by Los Blancos fans after a string of injuries and lack of form has seen him underperform throughout the season. 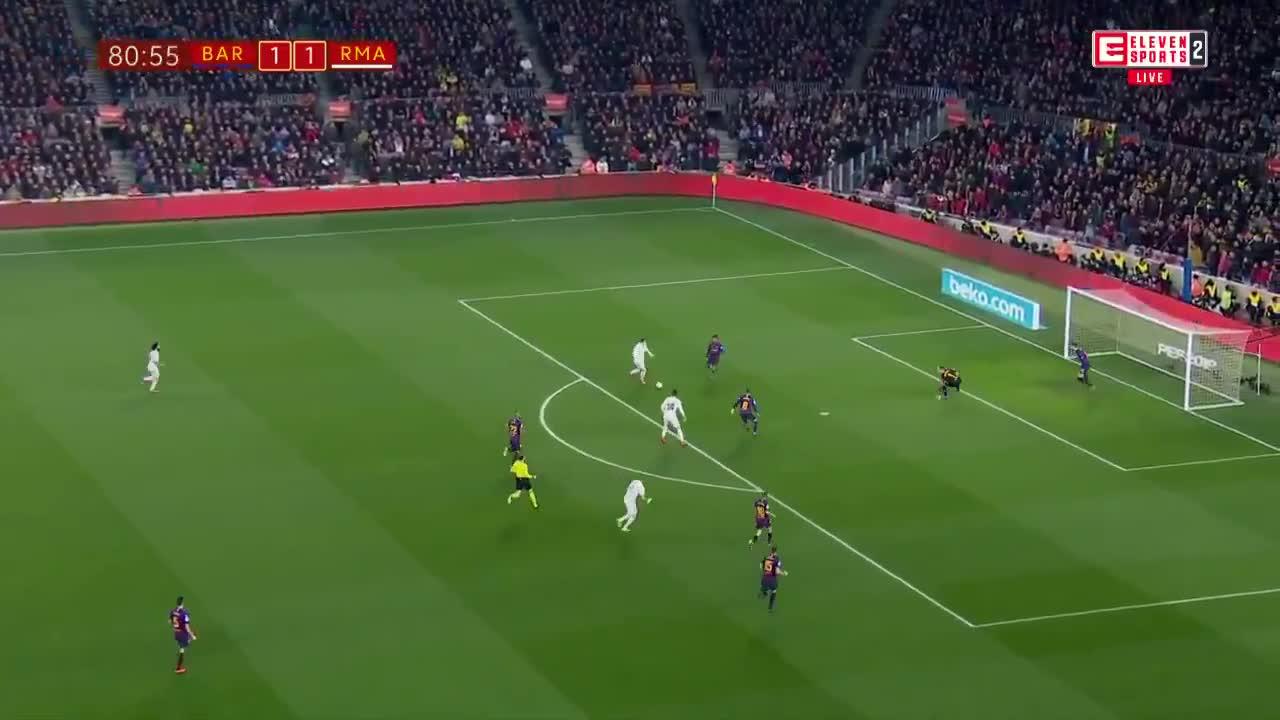 But football fans have short memories and he had the perfect chance to become the hero of the hour at the Nou Camp.

During the Copa Del Rey semi-final first-leg, the scores were locked at 1-1 when the ball fell to the former Tottenham man with the goal gaping.

Marc-André ter Stegen was stranded, all Bale had to do was apply the finish but he took too long and scuffed his strike harmlessly wide.

In the blink of an eye Real fans were left in despair with a number of them calling for the club to cut their losses and cash in. 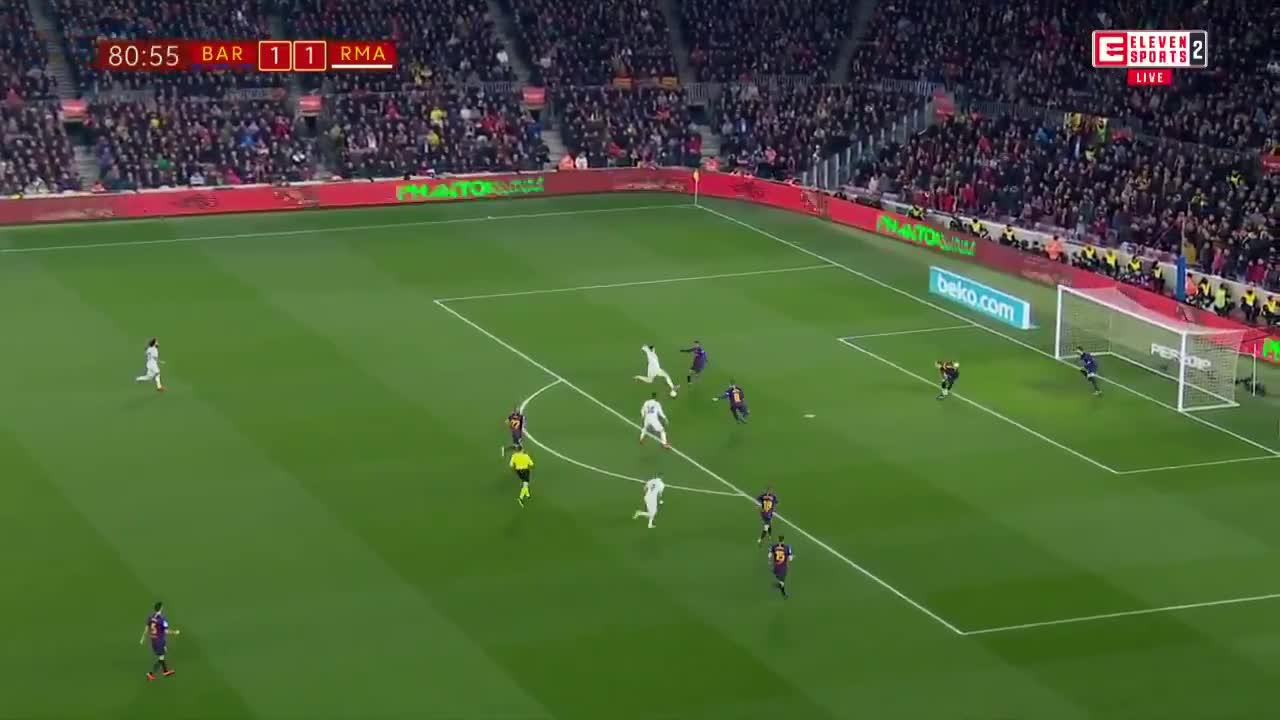 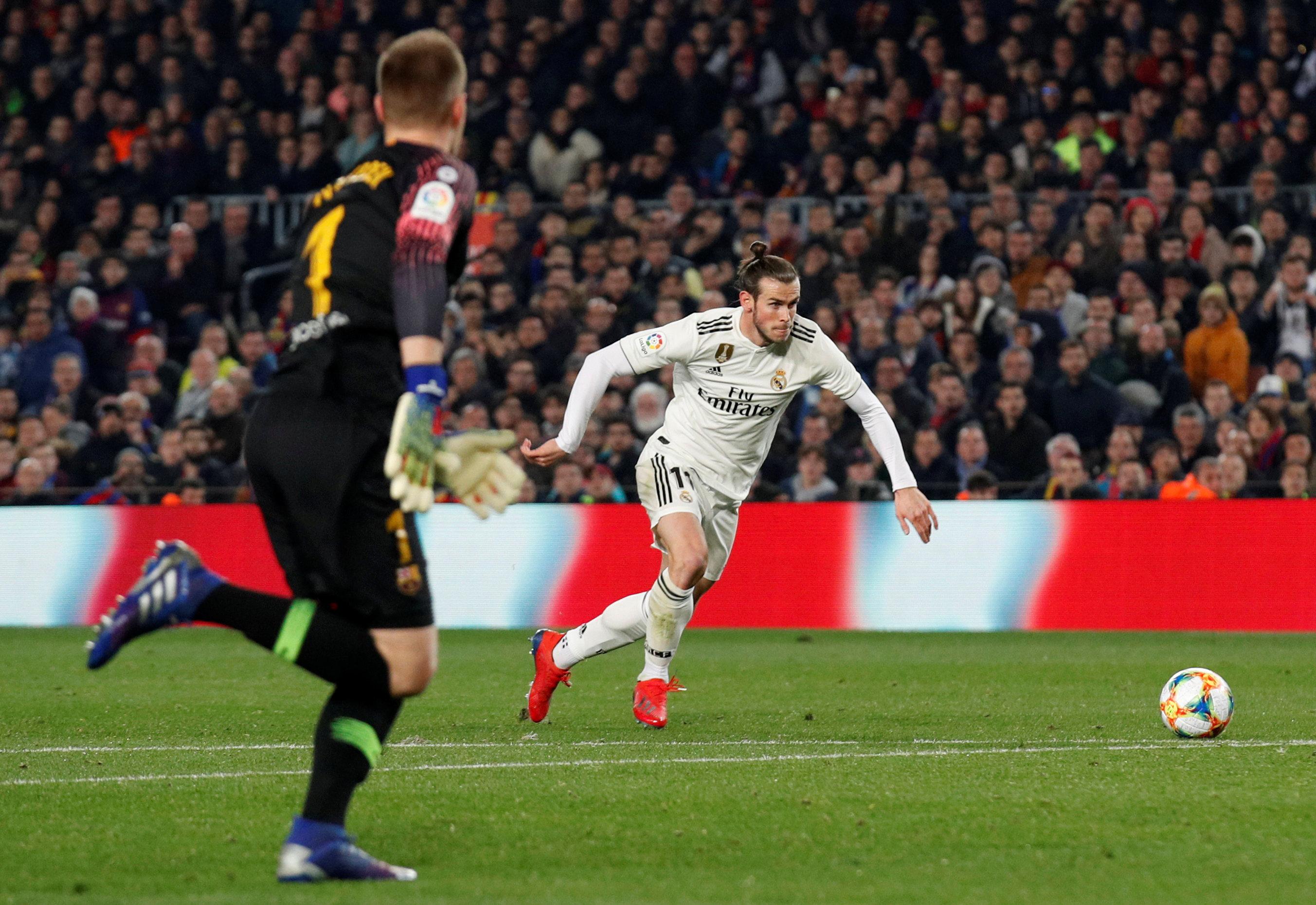 One commented: "That's it sell Gareth Bale!!! How do you miss that"

Another fed up fan said: "Gareth Bale failed to score an open goal last night. Open goal against Barca and you decide to bottle it?

"Give that number 11 to Vinicius Jr and leave my team."

One more added: "You know what's more useless than an injured Bale? A fully fit Bale."

Bale was dropped for the clash with boss Santiago Solari preferring wonderkid Vinicius Jr in the left-wing role.

It came after his disappointing showing against Alaves in which the damming stats showed the lack of influence he has having on the team.

The 29-year-old did not make a tackle or dribble and also made the fewest passes of any Real Madrid outfielder before being hauled off after 63 minutes.

He has scored just five league goals this season in 17 appearances.