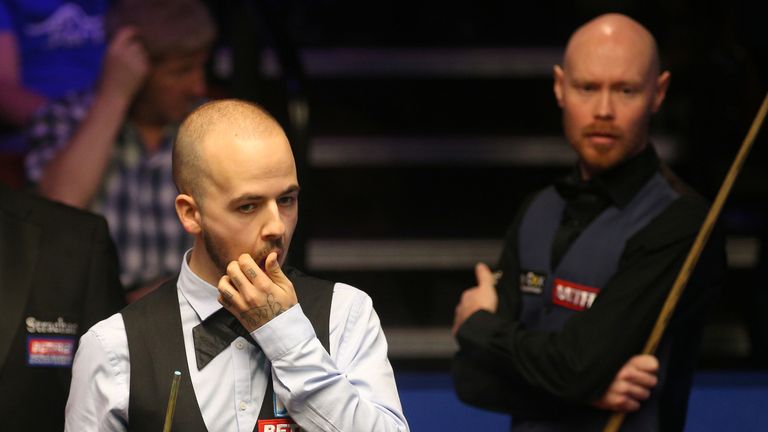 Gary Wilson won the longest frame in Crucible history to beat 14th seed Luca
Brecel and book his place in the second round of the World Championships for the first time.

Wilson edged home 10-9 after a decider lasting 79 minutes and 31 seconds, which eclipsed the previous record of 76 minutes and 11 seconds set in the 2016 semi-final between Mark Selby and Marco Fu.

Wilson admitted he was “half embarrassed” by the gruelling nature of the final frame, which had already endured a re-rack that was not included in the final time, and in which the majority of reds were clustered against the top cushion. 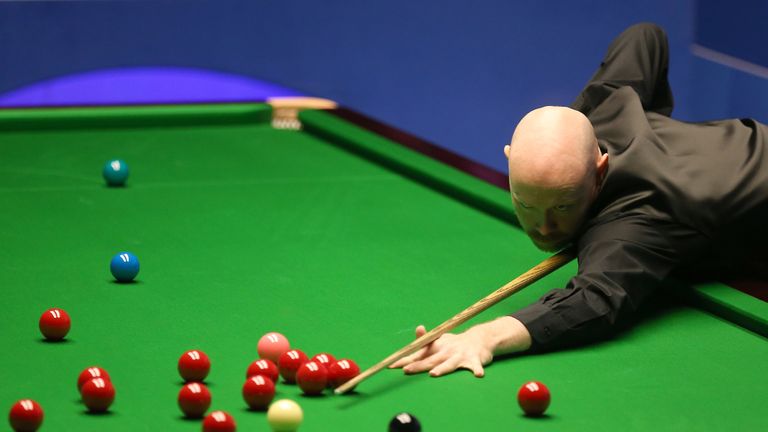 The 33-year-old former cabbie, who joked that his biggest taxi fare from Newcastle to Bradford “didn’t feel half as long”, added: “I think some of the audience will have wondered what was going on.

“It was hard-fought, there was not a lot of quality and it was absolutely draining.

“I tried my best to get over the line. It wasn’t snooker – I don’t know what it was – but it was me getting to 10 and that was the main thing.” 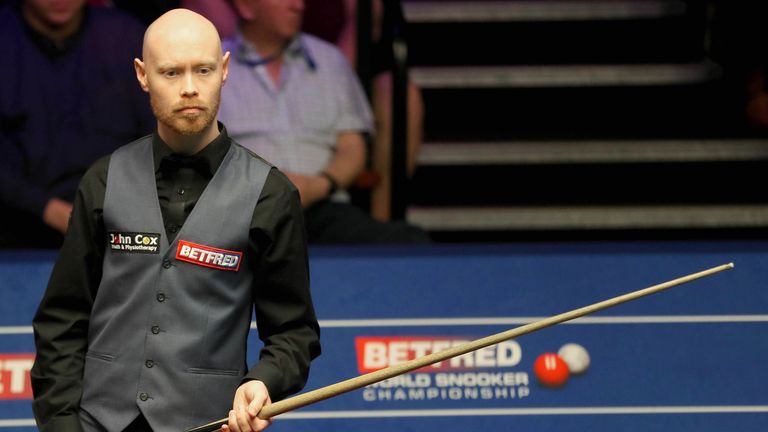 Brecel, himself searching for a first Crucible win at the fourth attempt, hauled back from a 9-7 deficit but gradually let a lead slip in the last and an audacious double from Wilson on the last red finally set the qualifier on course for victory.

Their clash still fell some way short of the longest frame in the sport’s history, which took over two hours between Fergal O’Brien and David Gilbert in a 2017 World Championship qualifier.

Michael Georgiou avoided joining Wilson in the record books but he could not stop former champion Neil Robertson wrapping up a 10-1 first round win.

Georgiou resumed on Sunday trailing 9-0 and not only staring at what would have been the championship’s second whitewash but requiring 83 points to avoid its lowest-scoring performance.

The 31-year-old Cypriot milked the acclaim of the crowd after a break of 90 in the opening frame before Robertson duly reeled off the next to wrap up the match 10-1.

“It was nice to be able to show people what I could do on the table and not just my sitting down skills,” said the Crucible debutant afterwards.

“I loved sitting there yesterday, but it’s not a feeling I want to get used to.

“It’s definitely inspiring – there’s so much history and it’s up there with the best experiences I’ve done in my life. When I walked out tonight I really milked it and I didn’t really think about the result.” 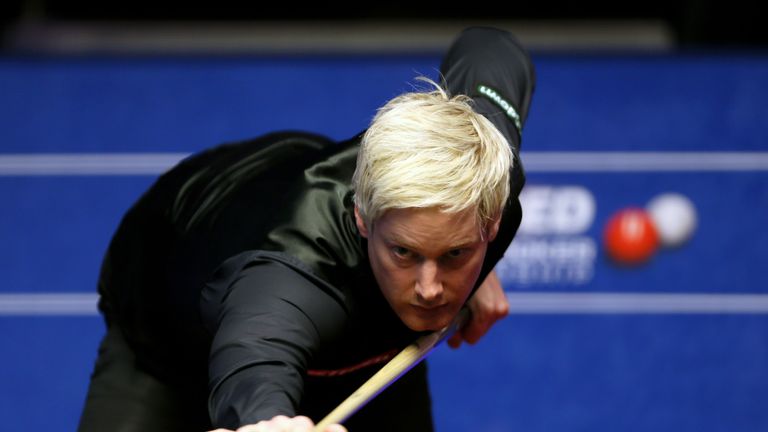 Robertson, who is enjoying his most successful season since he won the world title in 2010, joked he had been in a quandary about Georgiou’s predicament after Saturday’s opening session.

“When I walked out last night I had about 400 people stop me and tell me, you’ve got to let him win a game. I like Michael a lot, but the killer instinct in me said I’d love to win that game 10-0.”

Instead, it is Shaun Murphy, Robertson’s last-16 opponent in waiting, who stands on the brink of a historic whitewash after he established a 9-0 overnight lead against Chinese qualifier Luo Honghao.

Murphy struck four centuries including three in the first four frames, and Honghao amassed only 78 points in total – over 100 less than the current lowest tally recorded by Danny Fowler in his 10-1 defeat to Stephen Hendry in 1993.

After Georgiou’s mini-revival, the only previous Crucible whitewash remains John Parrott’s 10-0 victory over a 62-year-old Eddie Charlton in 1992.