Geelong midfielder Brandan Parfitt will remain on the sidelines for a fourth week as the Cats continue to tread a cautious path with his recovery from a foot injury.

The 20-year-old has not played since Geelong's round five win over Port Adelaide after being diagnosed with a minor hot spot in his foot. 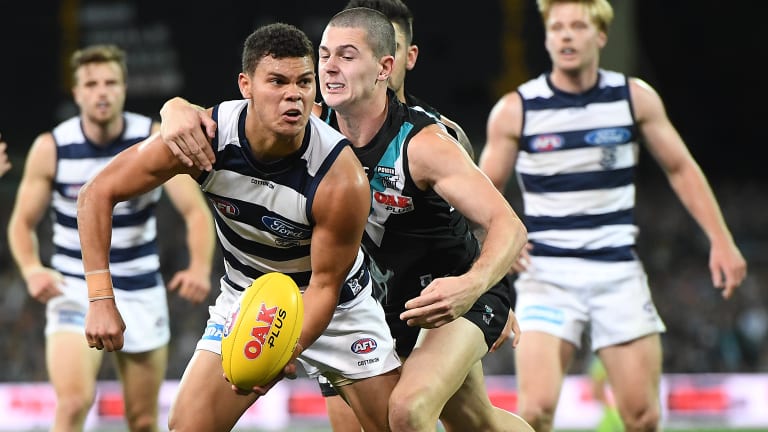 The Cats are being cautious with Brandan Parfitt.

Both McCarthy and Narkle had been missing for a year with groin and knee injuries respectively.

Cats forward Tom Hawkins is expected to return after serving a one-match suspension for umpire contact while Lachie Fogarty is expected to be in the mix after being managed last round.

Scott Selwood was a late withdrawal and the Cats also have Dan Menzel, Nakia Cockatoo and Cam Guthrie sidelined with Lachie Henderson on the long-term injury list.