A month ago the upcoming Ireland tour was going to be the shot in the arm Australian rugby needed.

Now, with Will Genia in real doubt and Tatafu Polota-Nau all but ruled out, the June Test series has the disturbing feel of England 2016.

Remember that one? The Wallabies bossed by England in three Test matches on home soil, less than a year after playing in a World Cup final; coached by one of our own, Eddie Jones, to boot. It was all so traumatic. 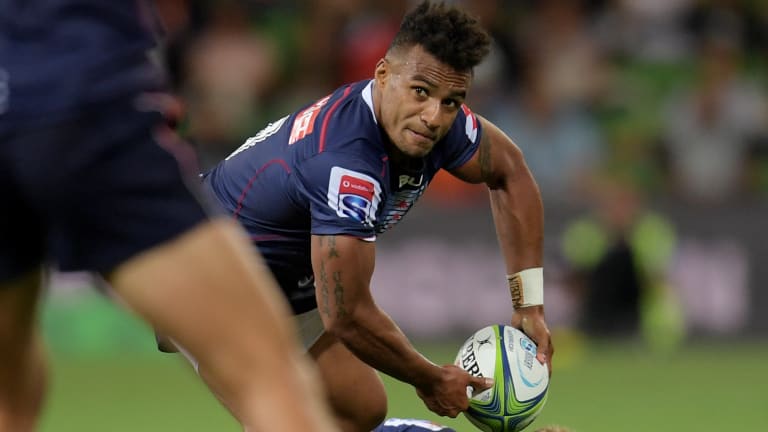 On the sidelines: Will Genia suffered a serious knee injury on Friday night.

But in a little over a month, the No.2-ranked Irish will be here preparing to do the same and there is every reason to be concerned about the Wallabies.

Halfback Genia is looking at more than four weeks on the sidelines after picking up a medial ligament tear in his left leg during the Rebels' loss to the Crusaders on Friday night. Australia's dependence on the little man's leadership and game management may not be as acute as the Rebels' – the scoreline blew out to 55-10 from 13-10 after Genia was taken off the field – but it is not far off. The injury will cast a pall over Michael Cheika's weekend as the Wallabies coach runs the rule over his playing stocks in the final few rounds of Super Rugby before the break. 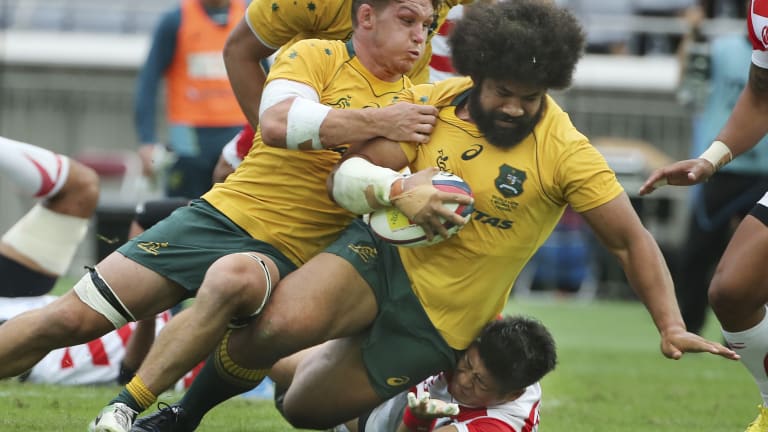 Rest needed: Tatafu Polota-Nau will sit out the June series against Ireland.

Compounding the disquiet is that Cheika is now planning to take on Ireland without his most experienced hooker, Tatafu Polota-Nau. It appears Polota-Nau will return to Australia this year, as planned, but be given a break between wrapping up his duties with Leicester and joining the Wallabies for the Rugby Championship.

Add that to a conspicuously short preparation for the first Test in Brisbane and Cheika has some big challenges on his plate.

The Wallabies have known about the time limitations for quite a while and have deployed assistants Nathan Grey, Stephen Larkham and Mick Byrne to the provinces throughout the season to try to make up for it. Certainly the systematic familiarisation will help, but it is no match for time together as a squad when you are about to take on the Six Nations champions and second best team in the world. 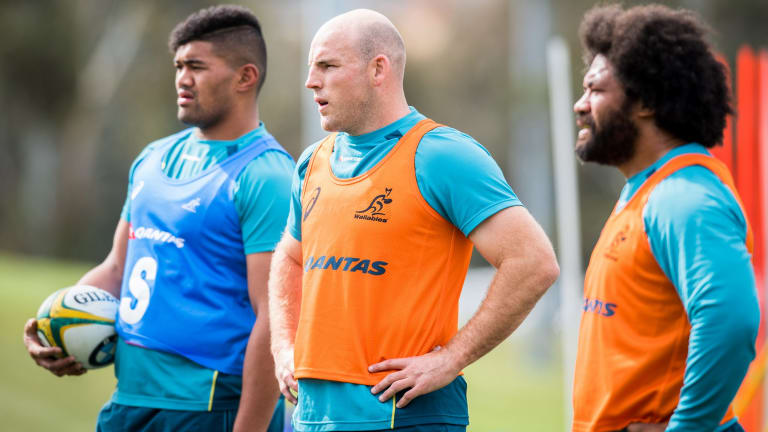 Polota-Nau is a player for whom it is worth playing the long game. The Leicester-based hooker craves a break after a gruelling couple of years and looks certain to sit out the June series with one eye on next year's World Cup.

For so long the Wallabies enjoyed the twin virtues of quality and quantity at hooker, with the NSW No.2 swapping in and out of top billing with his Canberra rival Stephen Moore. Since Moore retired at the end of last year and Polota-Nau flew the coop to the UK Premiership, Cheika has been looking for the next best thing. He found it in Jordan Uelese, but the Rebels young gun is now in a race against time to be declared fit after a run of injuries that will take him to the wire for June.

That leaves the field wide open. The Brumbies' Folau Faingaa, the Reds' Brandon Paenga-Amosa and the Waratahs' Damien Fitzpatrick have plenty to play for in the next few weeks. 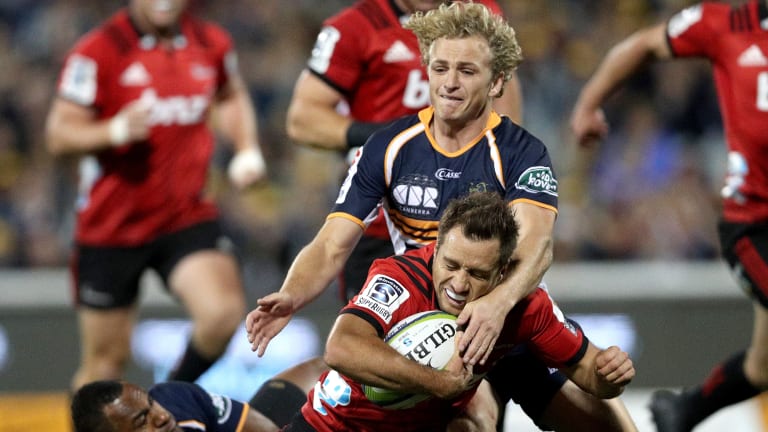 In the hunt: Joe Powell is still on Michael Cheika’s radar.

The halfback question is equally vexing, not least because Genia turned up in Melbourne and immediately showed his powers had deepened with age rather than weakened. Joe Powell has been on Cheika's radar at the Brumbies and Jake Gordon looks in no rush to hand back the Waratahs No.9 jersey to Nick Phipps, but there is a gap to bridge between any of them and Genia.

Australia's attack coach, Larkham, made it clear last week there would be new faces in the first Wallabies squad of the year, but it's hard to believe he was planning for so many of them to start. The only mercy could lie in persistent rumours Ireland will bring a B side Down Under for the tour.

Where once that suggestion would have been met with outrage, it will be judged less harshly if any more top-line Wallabies drop out of contention in the next month.