Could Geoff Hurst have been Gottfried Hürst? 1966 hero in DNA test

How close was Geoff Hurst to being Gottfried Hürst? England’s 1966 World Cup hero to undergo DNA test… and he believes he has German blood

Sir Geoff Hurst wrote himself into English football legend with his hat-trick in the 1966 World Cup final victory over West Germany.

However, the former striker believes that he could have been representing England’s opponents that day, as he prepares to undergo a DNA test.

Hurst, who is working with Sky Bet and Ancestry to uncover his past, revealed that he thinks his forefathers may have heralded from Germany. 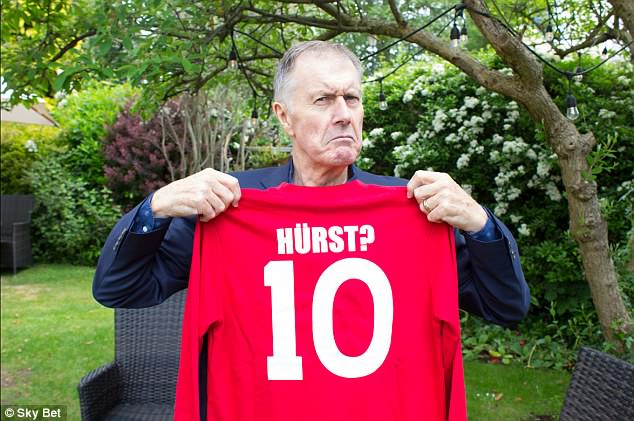 Could 1966 World Cup hero Geoff Hurst have represented West Germany rather than England? The former England star is to undergo DNA tests to discover more about his ancestry 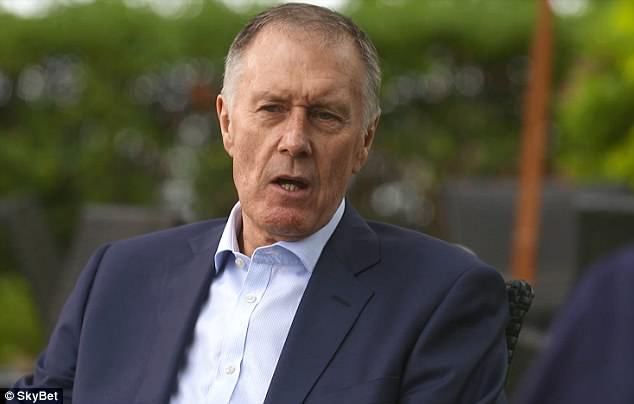 He said:  ‘Many, many years ago I heard of this story from my grandparents on my mother’s side that there was some connection with a German name, a German family called Blick.

‘I first recall learning about that when I was really young, and that name Blick has stuck in my mind, so I’m fascinated to see any research that can justify my thoughts.

‘It’s not something I made public, of course, because I’m not sure it would have gone down too well in this country, but I’m pleased to let you know for the programme that the family name of Blick is there, way down on my mother’s side.’ 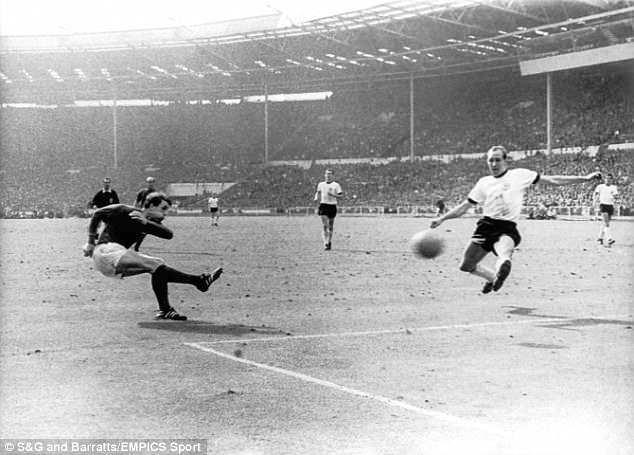 The tests, which will include a saliva analysis, will determine just how close Hurst was to being known by his German equivalent, Gottfried Hürst.

Should his suspicions prove correct, Hurst may well have lined up alongside Franz Beckenbauer rather than Bobby Moore on that fateful day at Wembley.

Instead, Hurst scored three of England’s goals, including two in extra time, as the 1966 World Cup hosts beat West Germany 4-2.

It remains the only time England have won the World Cup, as they aim to replicate Hurst and co’s achievements in Russia this summer. 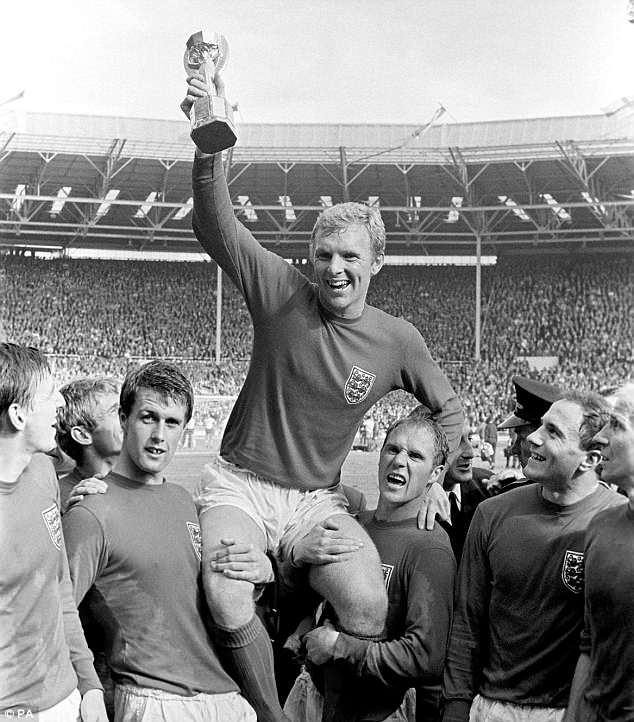 However Hurst thinks he has German ancestry, and history could have been very different

Sandro Di Michele, spokesman for Sky Bet, said: ‘The World Cup is a journey of discovery – new teams, new players and new styles are a big reason why we love the tournament so much.

‘Whilst we don’t yet know what exciting discoveries await us at Russia 2018 it would be the biggest shock of all for English football if Sir Geoff is revealed to be German – and would certainly explain his cool-eye for a goal under pressure during his illustrious career.’

Sky Bet are offering all fans money back as a free bet if the country they back gets knocked out during the tournament.