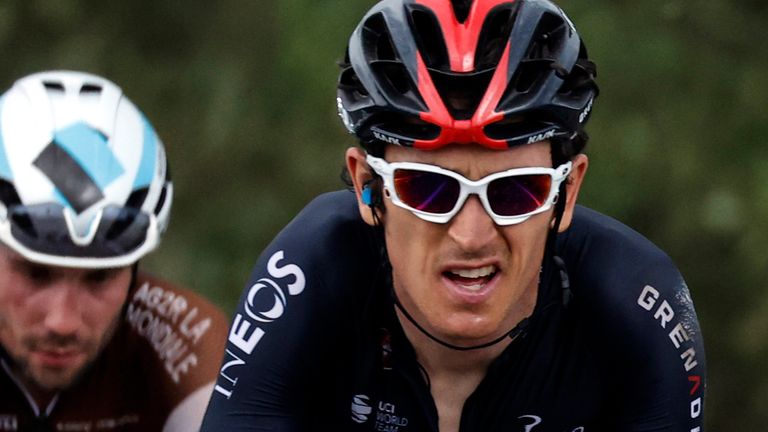 Jonathan Caicedo won stage three from a breakaway, narrowly missing out on the leader’s pink jersey which moved on to the shoulders of Joao Almeida, but the biggest moves in the general classification came as Thomas and Yates, the two main pre-race favourites, slid out the back.

Thomas was felled before the flag had even dropped to start the 150km stage from Enna, running over a stray bidon that rolled across the road and landing heavily on his left side.

He initially looked untroubled beyond some rips in his jersey as he got back in the peloton, but when the pace was ignited on the approach to Etna, Thomas was soon distanced as it became obvious he was carrying hidden injuries.

Ineos Grenadiers team-mates Rohan Dennis and Filippo Ganna, the latter still in pink after his opening stage win, did their best to pace him back but it was clear this was a losing cause and by the summit of the volcano he had shipped more than 12 minutes. 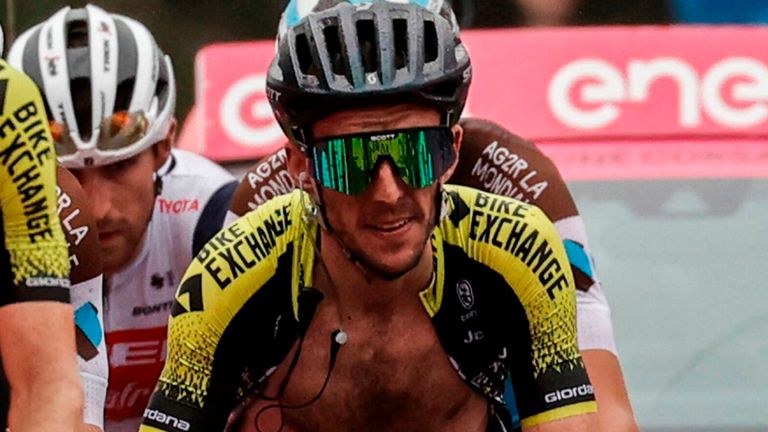 Thomas had scans in the evening and will be assessed on Tuesday morning before stage four.

Ineos doctor Phil Riley said: “Geraint crashed on his left side, so he took a significant blow to the back of his left hip and he has some abrasions on his left arm and leg. After the stage he was taken for x-rays at the finish.

“The initial x-rays didn’t show anything broken, but we are awaiting confirmation in the morning. We will treat him tonight, continue to monitor him and then review it in the morning again.”

It is more rotten luck for Thomas in the Giro after his 2017 bid for glory was effectively ended by a crash with a police motorbike on stage nine.

Just as the gap to Thomas began to yawn on the 19km climb to the finish, there was more bad news for British fans as Yates dropped out of the back of the peloton while attacks were lighting up at the front.

Two years ago Yates took pink on this volcano but this time his hopes took what could be a fatal blow as he toiled up the steep slopes, crossing the line more than four minutes down after Caicedo celebrated victory to drop to 25th place, three minutes and 46 seconds down.