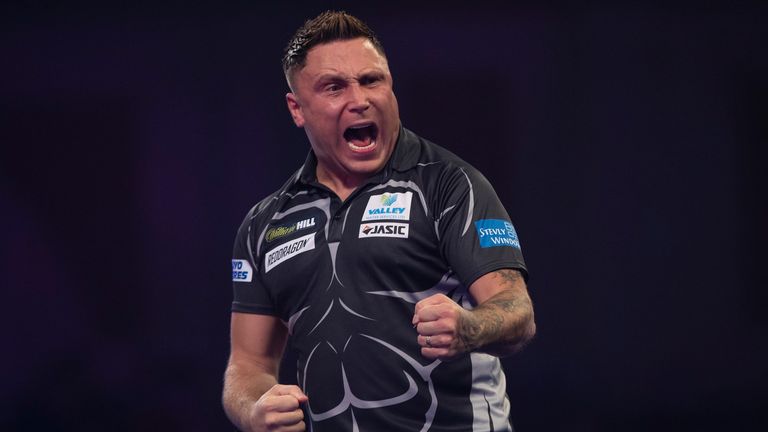 Gerwyn Price underlined his credentials with an emphatic straight sets win over John Henderson at the World Darts Championship, as Glen Durrant dumped out sixth seed Daryl Gurney to reach the last 16.

Price has never gone beyond the last 16 at Alexandra Palace and he survived a major scare in his 3-2 victory over William O’Connor in round two, although the Welshman underlined his credentials with a stellar display against ‘The Highlander’.

As the third round came to a close on Friday at the people’s palace, the third seed posted his highest average in World Championship history to reach the fourth round for just the second time in his career.

The Grand Slam of Darts champion was averaging over 114 after the opening two sets – threatening Michael van Gerwen’s record average set in the 2017 semi-finals against Raymond van Barneveld. That average dwindled slightly in the latter stages due to missed darts at double, although Price still progressed in emphatic fashion with a 104.20 average to set up a last 16 showdown against former finalist Simon Whitlock.

In the afternoon’s curtain-raiser, Whitlock produced a clinical display to defeat Mervyn King 4-1 – his sixth consecutive win against his old foe.

King started superbly but capitulated in the closing stages, as the Australian progressed beyond the third round at this event for the first time since 2014.

Elsewhere, Durrant produced a nerveless display to dump out two-time major winner Gurney and advance to the last 16 on his Alexandra Palace debut.

Gurney had won two of the pair’s three previous showdowns – including their Premier League clash in February, but Durrant turned the tables on the Northern Irishman to set up a clash with Fallon Sherrock’s conqueror Chris Dobey. 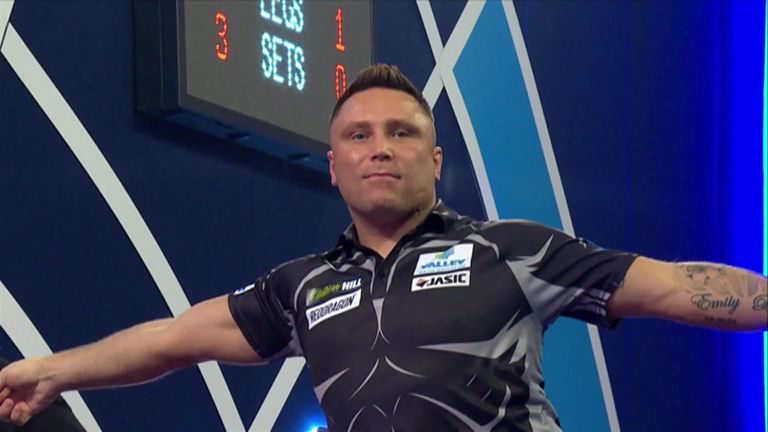 Price demonstrated why he is viewed as Van Gerwen’s main challenger for the title with a devastating display to sweep aside Henderson in comprehensive fashion.

The 34-year-old converted a clinical 83 kill on the bull en route to claiming a high-quality opening set, before averaging over 120 in set two, doubling his tally with legs of 13, 11 and 12 darts and wrapping it up with a delightful 136 finish.

Henderson was feeding off scraps despite averaging over 109 himself, but he continued to battle valiantly and drew first blood in the third with a tidy 101 combination. This only afforded ‘The Highlander’ a brief reprieve however. Price broke back immediately and fired in another 11-darter en route to establishing a three-set cushion and his barrage of scoring continued.

‘The Iceman’ kicked off set four with an effortless 115 outshot and although Henderson found double five to prolong proceedings, it simply delayed the inevitable as Price completed the rout via double ten. 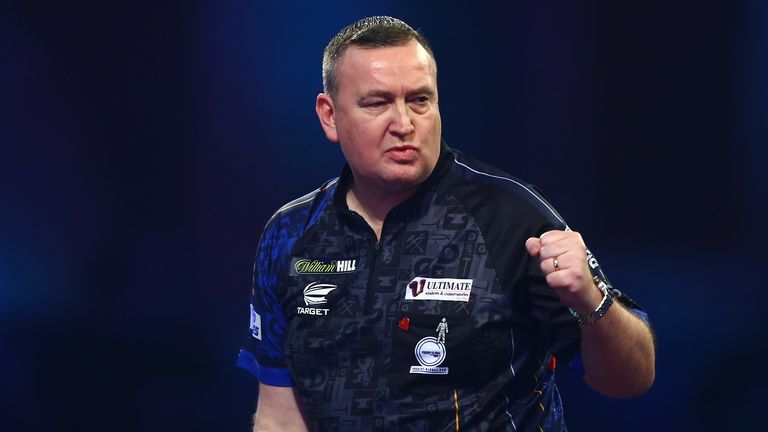 The three-time BDO world champion extended his remarkable winning run at the World Championship to 17 games after prevailing in a topsy-turvy tussle that saw the opening five sets go against throw.

‘Duzza’ drew first blood in a nervy opening stanza, before Gurney crashed in back-to-back maximums en route to levelling up the contest with an average of 99 in set two. 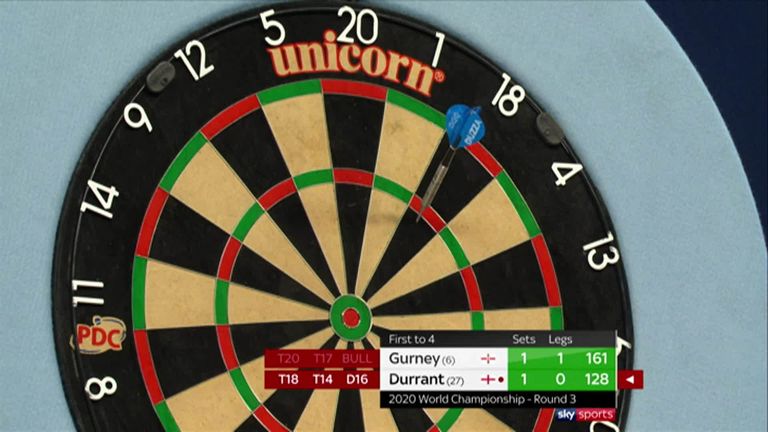 The three-time world champion edged back ahead with a clinical 86 kill in a third-set decider, only to spurn five darts at double at a crucial juncture in the fourth as ‘Super Chin’ squared up matters once again.

However, the pivotal moment came in the fifth set decider when Durrant followed up a maximum with a two-dart 62 kill to regain the initiative and after sinking a 109 finish in the sixth, he sealed his progression with a classy 13-dart hold. 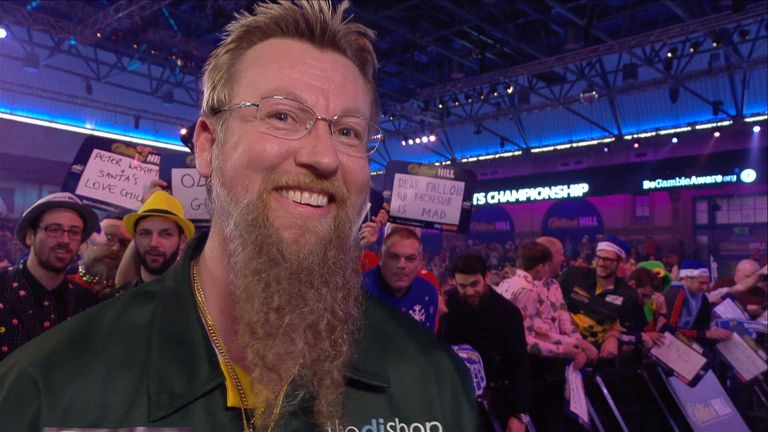 The pair had met on 37 occasions prior to Friday’s tussle although this was their first World Championship showdown – Whitlock was unbeaten in their last five meetings dating back to September 2016.

‘The King’ made a blistering start to proceedings, racing to the opening five legs without reply with a 105 average. Whitlock rallied however, reeling off three on the spin to restore parity at one set apiece. 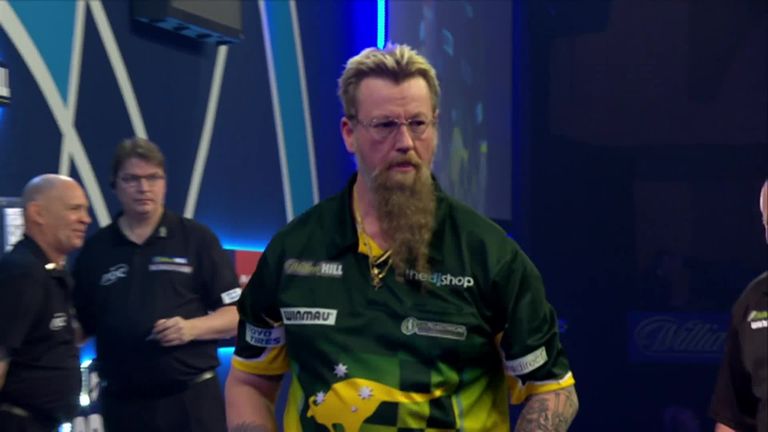 King’s frustrations were compounded as he squandered two set darts in the third and ‘The Wizard’ capitalised to edge ahead, before conjuring up a magical 148 checkout to establish a 3-1 cushion.