The biggest news all summer out of the Spanish giants was the shock £99million sale of Cristiano Ronaldo to Juventus. 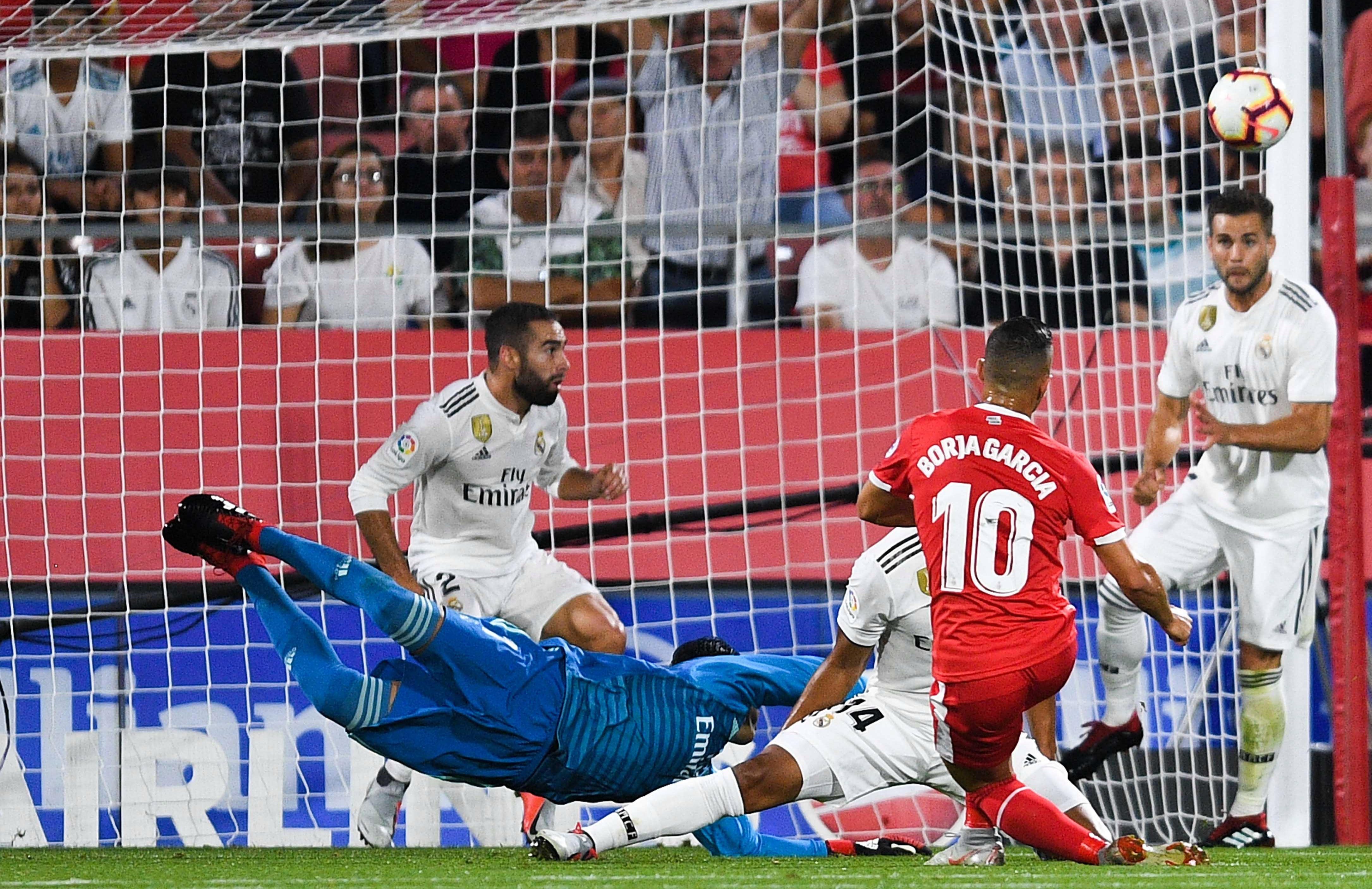 But Benzema revealed he would be sticking around for a while longer, and proved he has the goals that can help him try and fill the Portuguese legend's boots.

But it was Girona, who are based only 60 miles from Real's fierce rivals Barcelona, who took what was a deserved lead just 16 minutes in.

Anthony Lozano drove down the right, as Madrid’s defenders appeal for a foul that never happened.

The winger eventually fired a low shot goalwards that was blocked.

But former Real Madrid B player Borja Garcia was on hand to pick up the scraps on the edge of the box and drilled a wonderful finish high into the net. 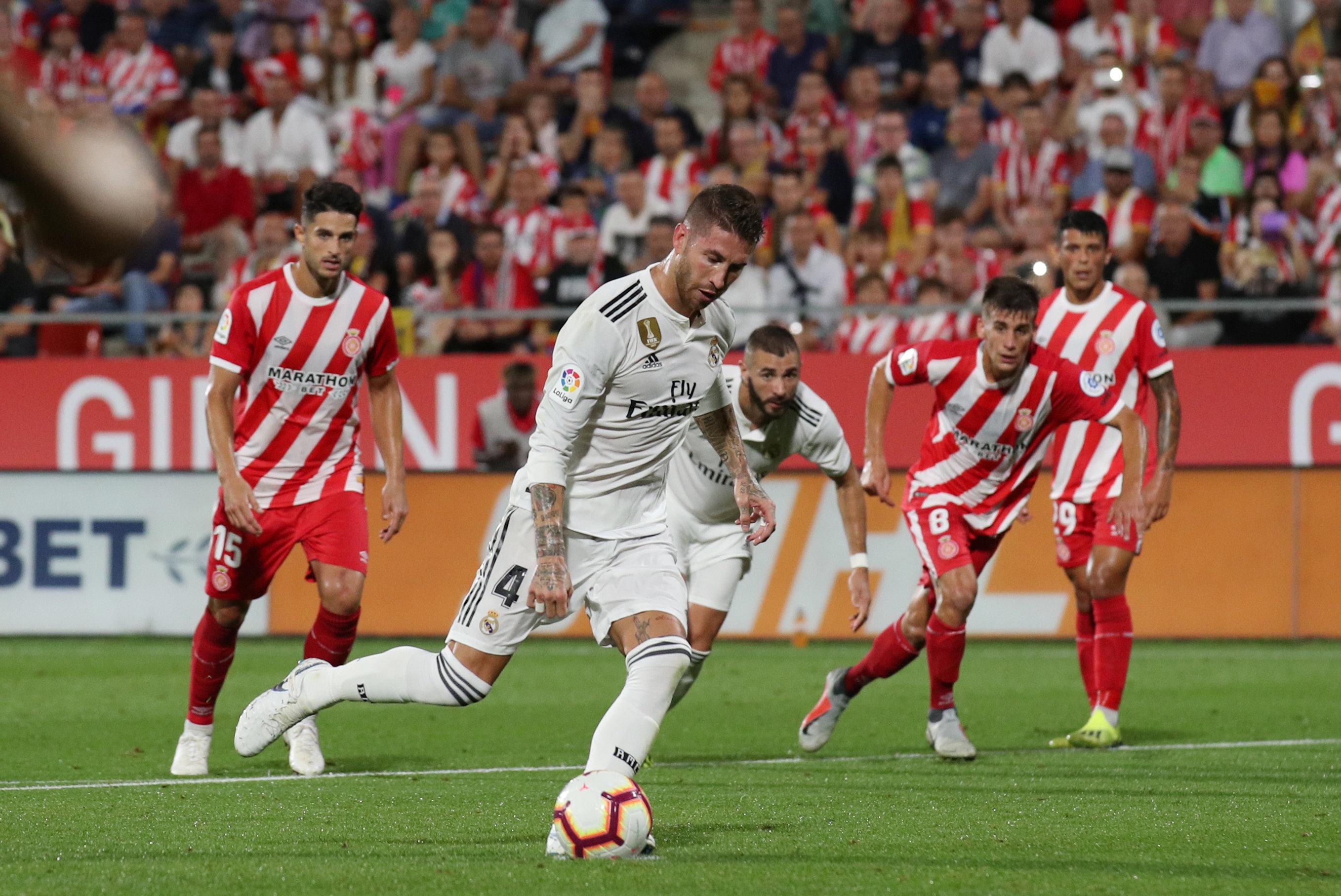 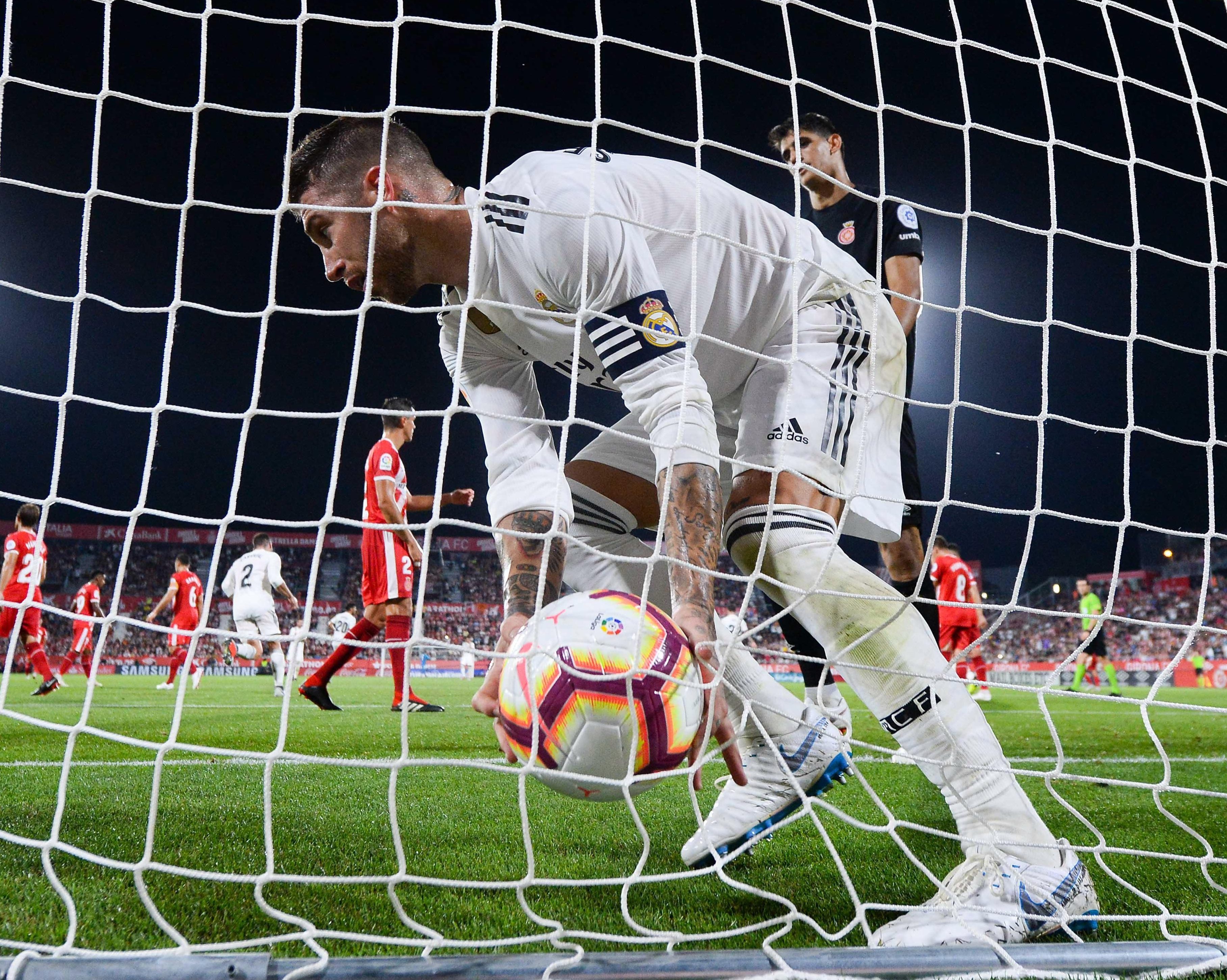 Girona were good value for the lead, but home hearts were broken seven minutes before half-time.

Former Stoke man Marc Muniesa clattered into Asensio with the referee pointing to the penalty spot.

Up stepped Sergio Ramos who chipped a delicious Panenka penalty past Bono in the Girona goal.

And six minutes into the second period the visitors were awarded their second spot-kick, and for another foul on Asensio. 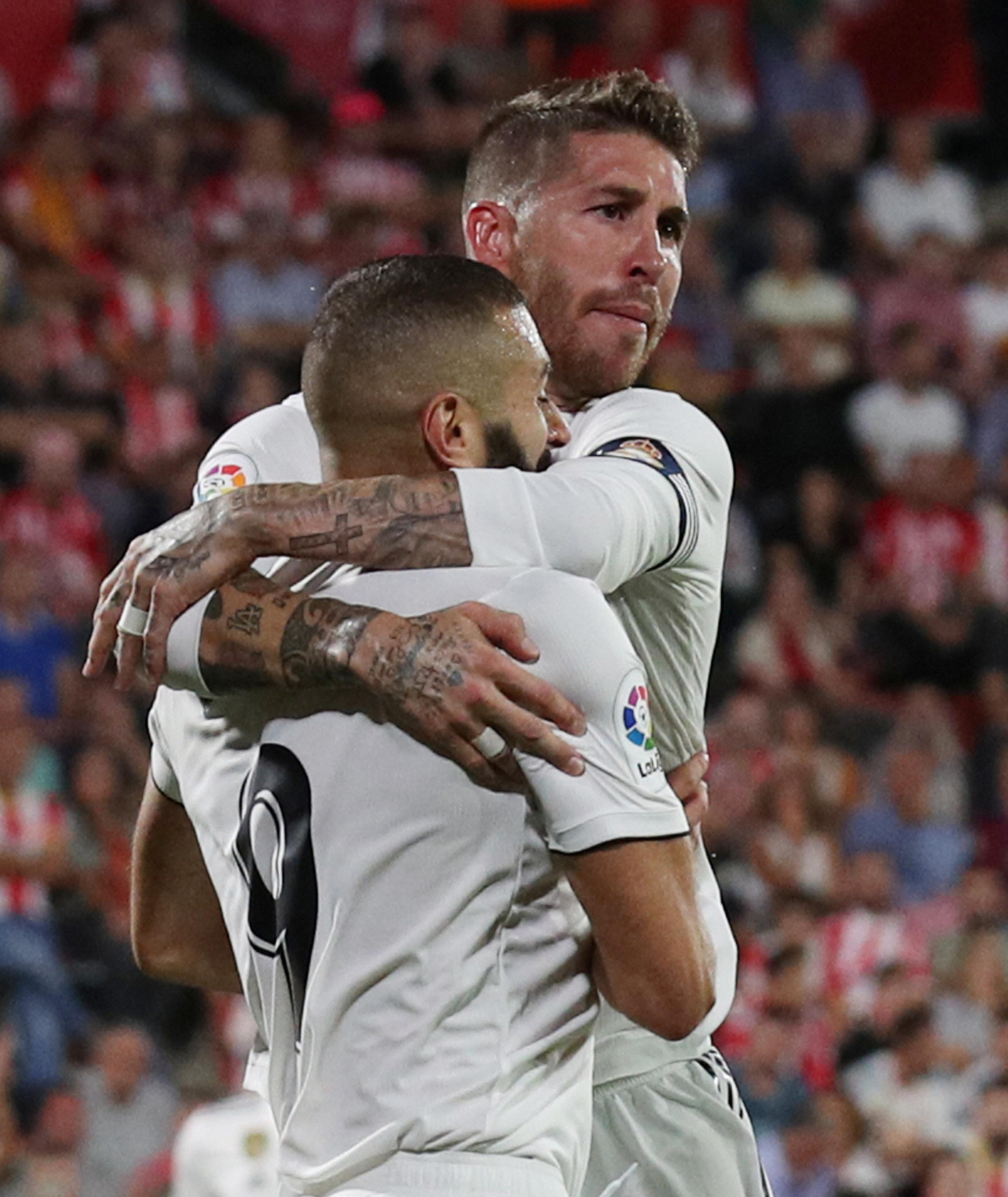 Duties passed to Benzema, and he rolled a neat finish into the bottom right corner as Bono went the wrong way.

But 60 seconds later and Real Madrid had moved into a 3-1 lead.

Just a few seconds after Navas ensured Portu did not make it 2-2, Isco played a fantastic pass behind Girona’s defence and Bale made no mistake in racing clear and slotting home. 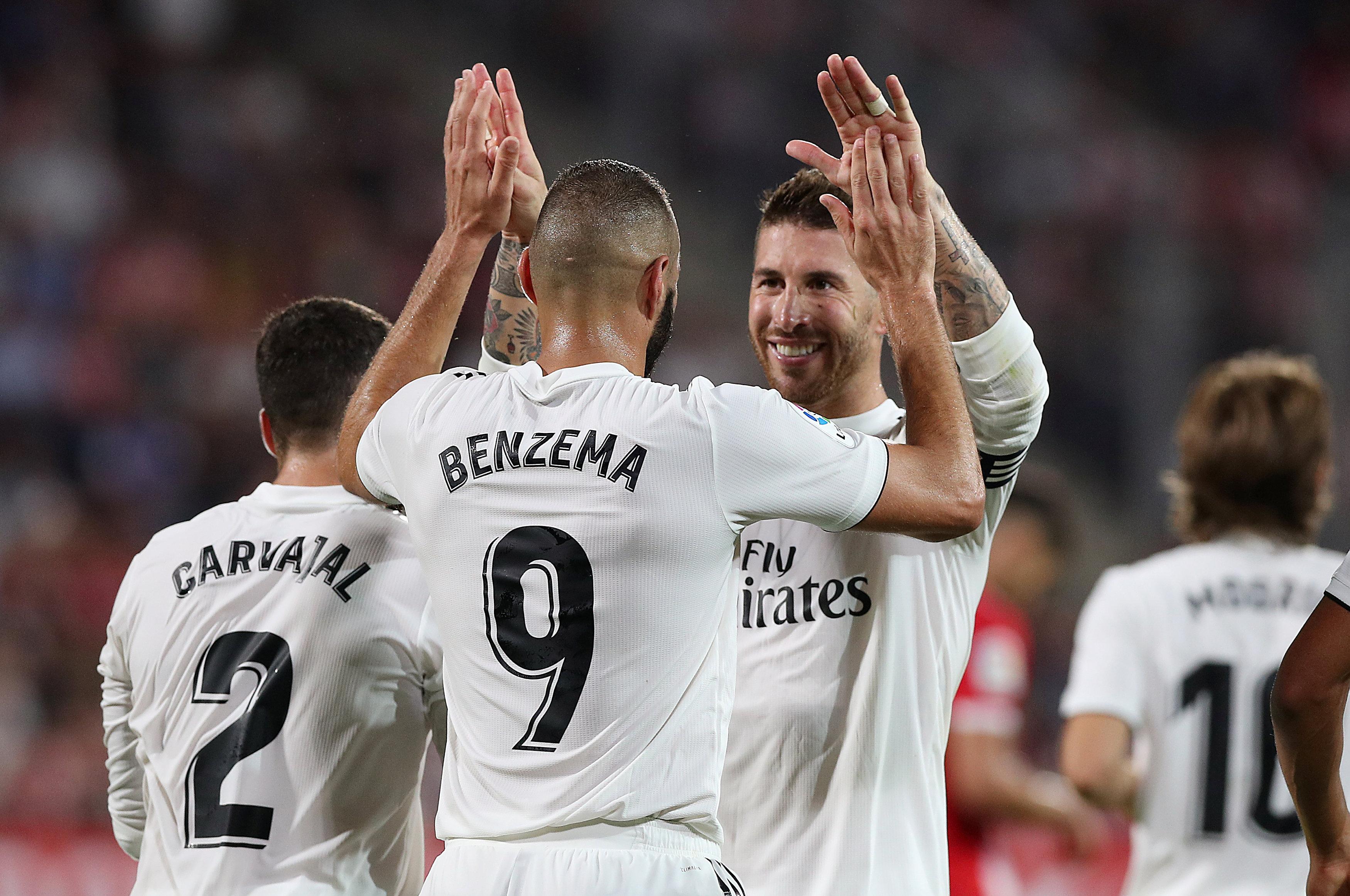 And ten minutes before the full-time whistle blew, the scoreline had a somewhat unfair look to it.

But Benzema won't mind that at all.

Bale delivered a low cross back into the area, where the Frenchman was waiting to tuck home his second of the game.