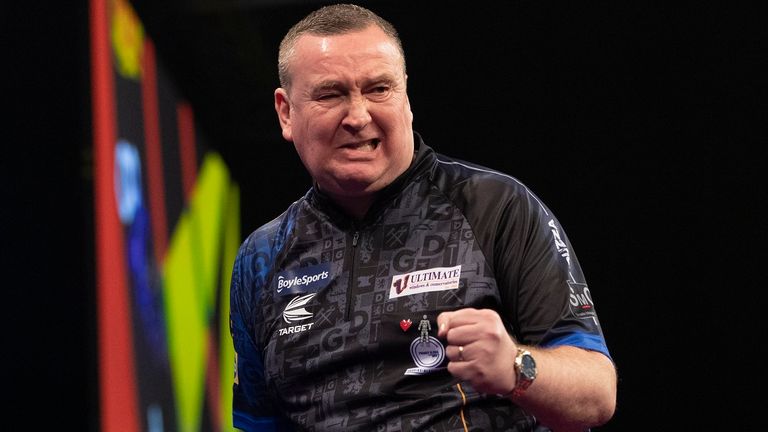 Glen Durrant was named the PDC Newcomer of the Year for 2019 last weekend and it’s not hard to see why.

The three-time BDO world champion enjoyed a dream debut season after his switch, reaching semi-finals of the World Matchplay, Grand Prix and Grand Slam, before losing a World Championship quarter-final to Gerwyn Price.

After showing he belongs at the top level, he got the nod to be included in the Premier League.

Quite the debut year indeed.

But now it’s time for the difficult second album.

“The year two syndrome… I am a bit scared of that,” he conceded, speaking to Sky Sports at the launch of the Premier League. “I keep thinking I’m going to wake up. 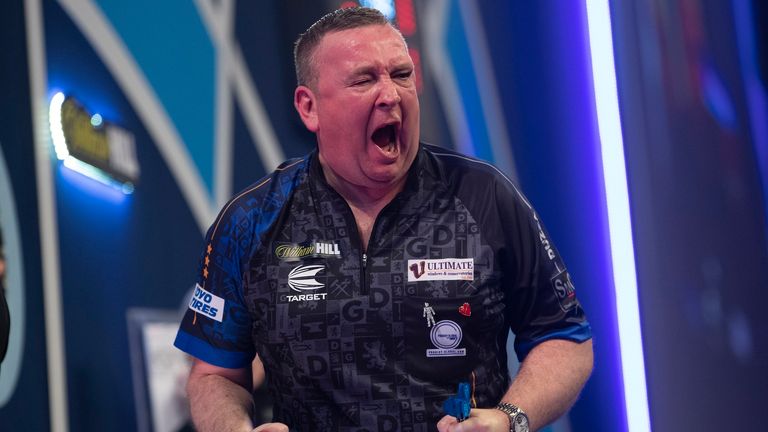 The year two syndrome… I am a bit scared of that

Durrant enjoyed a remarkable 2019 – can he back it up?

“There’s a great story,” he added, reflecting on 2019. “This guy who’s come through the system, mid-40s and all of a sudden is winning titles. And in his 50th year, he’s a Premier League player.

“I’m a working man for 33 years, retiring this year. His dream of being a professional darts player. But it’s been a pinch-me 2019. I’ve worked hard. I haven’t got a lot of talent, so I practiced. I’d worked 40 hours a week, come and practice four or five hours a night. Come and play on a cold dark Tuesday night, Wednesday night, Friday night, two buses to get there, ‘can we afford the 20 quid for me to play darts tonight?'”

‘Year two is going to be really tough’

With 2019 consigned to history and 2020 lying ahead, Durrant is beginning to hit the right notes once again.

“About a fortnight ago, I got back into heavy practice and I was nowhere near where I wanted to be,” he continued.

“The doubt comes in then. I’m a Premier League player, ‘was it a fluke?’

“But my darts are going right again right now. I usually peak for the right time. I think what I learned in 2019 is that I’m good on the stage. People call me a grinder. If it’s a tight game, I think I can win those games now.

“I wish I was free-flowing. I wish I was like Michael Smith, I know I take time to throw my darts and everything. But that’s what I am. I’m a very tough, dogged person.

“Year two is going to be really tough, but if I keep my hard work and determination, I would love to lift the title.” 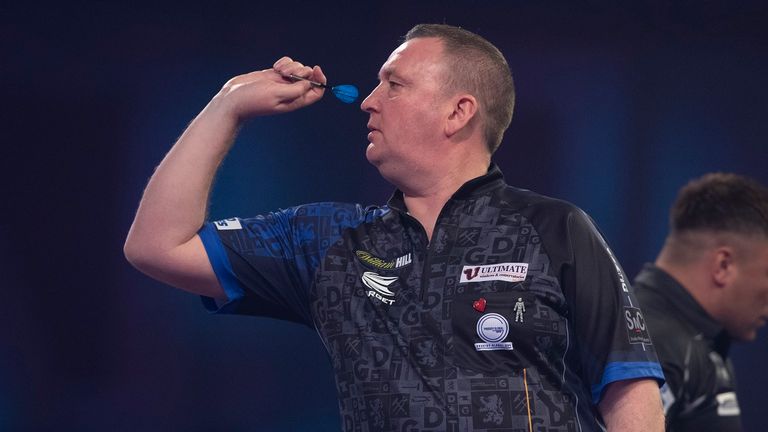 Of course, the drawn-out format of the Premier League has ensured debutants have struggled in recent years. Gerwyn Price and Rob Cross are among those failing to deliver on their first season in the Thursday-night tournament.

“I’m going to learn as I go,” mused Durrant.

“I’ve never done particularly well abroad, in Europe or whatever. That’s something I’ve been trying to work on mentally there. So it’s going to be tough.

“I’m in the Premier League. Anyone would snap their hands off [to be there]. I’m playing with the elite now. I’m playing in front of 10,000 people. A new audience. Everything is so positive.”

On Thursday evening, he takes to the oche against Smith in Aberdeen for the first match of the 2020 tournament, before facing ‘Challenger’ Fallon Sherrock in week two.

“I would love to get a good start,” he noted. “Michael is a [tough opponent]. They’re all going to be tough. It’s impossible to get an easy start. If I could open up with a win, because I know the Fallon game is going to have more scrutiny than any of the other games put together.

“Trepidation, nerves, being scared, it’s all part of being a darts player, certainly in Glen Durrant’s life.”

And while nerves are at play and the fear of losing lingers in the background, that’s what he uses as motivation.

“But it’s good. It’s all good. Behind the scenes I’m working hard. I’ll give it my best.”