Barcelona’s 100 per cent winning start to the season came to a halt on Sunday when they were held to a 2-2 La Liga draw by Girona, having been reduced to playing the final 55 minutes with 10 men.

The result meant they lost their two-point advantage over Real Madrid at the top of the table, with both teams on 13 points after five games.

Lionel Messi gave the champions the lead in the 19th minute with a first-time shot after a lay-off from Chile international Arturo Vidal and came close to doubling the lead after dancing through a maze of defenders but saw his shot saved.

Barca's strong start was derailed when defender Clement Lenglet was sent off 35 minutes into his first league start for the club after elbowing Pere Pons, and Girona took advantage right before the interval when Cristhian Stuani levelled.

Uruguayan striker Stuani struck again in the 51st to give Girona an unlikely lead, but Gerard Pique climbed above two defenders to level in the 63rd. 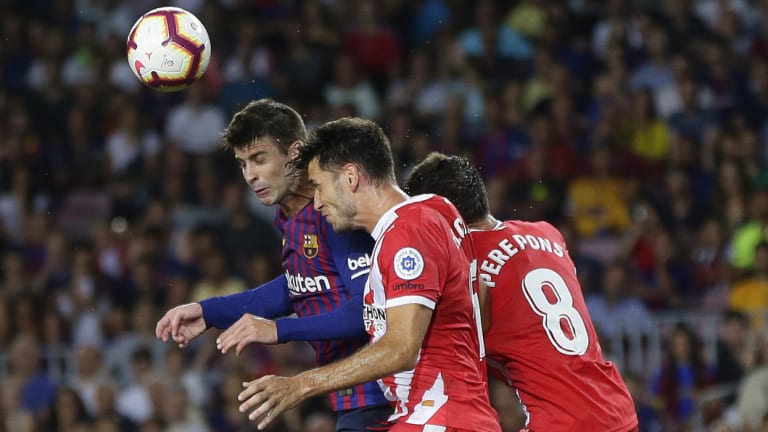 Serie A leaders Juventus won 2-0 against Frosinone thanks to late goals from Cristiano Ronaldo and Federico Bernardeschi.

Despite the win, the champions failed to impress as they clinched a fifth successive win to stay three points clear of Napoli.

Lorenzo Insigne scored a brace as Napoli won 3-1 earlier at Torino to briefly draw level with Juventus at 12 points, who are now at 15.

In Frosinone, a Ronaldo drive that cleared on the goal line was the only first- half chance from the lacklustre Bianconeri as they produced slow and fruitless pressing against the deep-sitting hosts. After the break, the Portuguese star botched a shot inside the box and was denied by Marco Sportiello as he flicked his heel before finally firing home a loose ball in the 81st minute. 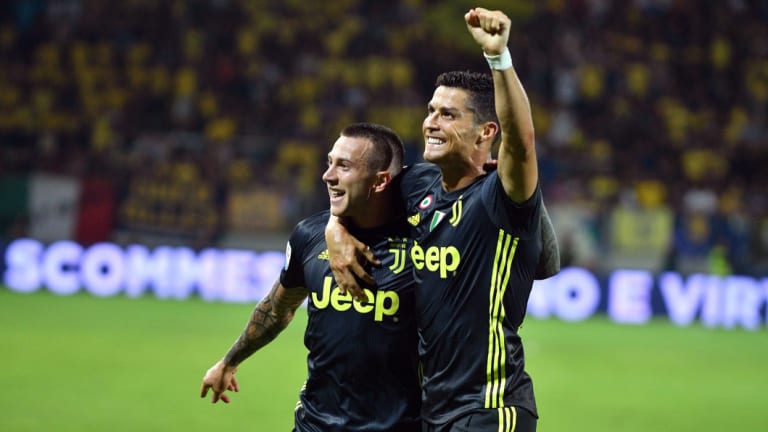 Elsewhere, Roma crashed 2-0 at Bologna and remained rooted on five points alongside Torino.   Bologna have four after their first win.

Ciro Immobile struck twice as Lazio improved to nine points with a 4-1 over Genoa, who had Polish striker Krzysztof Piatek on target for a top-scorer tally of five goals; and Udinese won 2-0 at Chievo.

AC Milan and Atalanta drew 2-2 in a pulsating regional derby as Emiliano Rigoni tapped in a last-gasp equaliser for the Bergamo guests.

PSG bounce back in France

Paris St Germain have bounced back from their Champions League defeat to Liverpool with a 3-1 win at Rennes to maintain their perfect start to the Ligue 1 season.

Five days after going down to a last-gasp 3-2 defeat at Anfield, PSG made it six wins from six in the league to sit five points clear at the top of the table.

Eric Maxim Choupo-Moting netted five minutes into his league debut after coming off the bench to complete the scoring after the visitors had recovered from falling behind to Adrien Rabiot’s early own goal.

Angel Di Maria equalised on the stroke of half-time and Thomas Meunier put PSG in front just after the hour mark before Choupo-Moting sealed the points.

Lyon enjoyed their Champions League trip to England rather more than PSG, claiming a shock 2-1 win at Manchester City, and continued that form as three second-half goals earned them a 4-2 victory at home to Marseille.

PSV Eindhoven have laid down a marker in their bid to retain the Dutch Eredivisie title after brushing aside rivals Ajax 3-0 at the Philips Stadion.

Gaston Pereiro, Luuk de Jong and Hirving Lozano all struck in a frenetic 14-minute period in the first half as PSV maintained their 100 per cent winning start to the campaign.

Socceroos duo Trent Sainsbury and Aziz Behich were unused substitutes as the champions brushed aside their old rivals.

The defending champions were facing their first acid test in a match between the division’s top two teams but came through with flying colours, handing Ajax their first defeat of the season and opening up a five-point gap between themselves and the chasing pack.