Glory game a six-pointer as City look to rebound

Every match is important, but some are more important than others.

That is definitely the case for Melbourne City on Saturday as Warren Joyce's side looks to bounce back from its surprise midweek loss to bottom club Central Coast Mariners, which left them trailing league leaders Perth Glory by nine points, Melbourne Victory by six and third-placed Sydney by three. 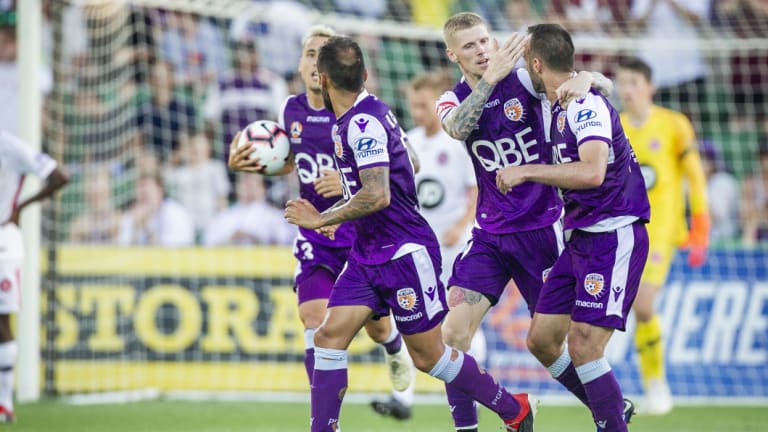 Perth Glory will provide Melbourne City with a stern challenge.Credit:AAP

However, defender Harrison Delbridge will return from suspension, while French midfielder Florin Berenguer, who returned from a six-week injury lay-off with a cameo off the bench in Gosford, will also figure again, most likely as a substitute.

''Osama Malik definitely won't play. He got smashed by Melling. I was amazed that nothing was done, it looked like intent … he knew what he was doing,'' Joyce said on Friday.

''I thought Florin was good considering how little he has done, he has worked hard with physios … I thought he was bright. 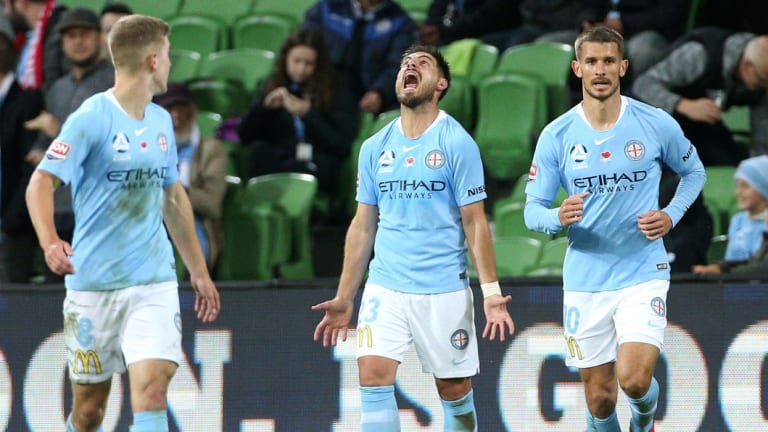 Bruno Fornaroli (centre) is still on the outer.Credit:AAP

City lacked a cutting edge against the Mariners; despite that, there seems no way back for Fornaroli.

Asked if he might be considered again, Joyce's response was succinct: ''No.''

Asked if there had been interest for Fornaroli, Joyce said: ''Not that I know of, no. But I don't deal with that side of things''.

Moves are being made to sign a replacement for former winger Michael O'Halloran, who returned to Scotland earlier this month.

''There are limited resources, a small amount of money, we are utilising that to bring in someone who can help now and in the future,'' the coach said.

Joyce's experiment of pushing defender Ritchie De Laet up to centre forward has had mixed results.

It worked well against Brisbane, where the Belgian scored the only goal of the match, but was not as effective against the Mariners where he did not come close to getting on target.

On the prospect of facing Perth in a game he admitted was a six-pointer, Joyce said: ''You relish it. If you are a player and manager you want to play games and take the challenge of being an underdog against the team that's top of the league."