Golden State raced to a 3-0 series lead with a pair of double-digit wins at the Oracle Arena and a 110-102 victory on Wednesday at Cleveland, with Kevin Durant hitting 43 points. 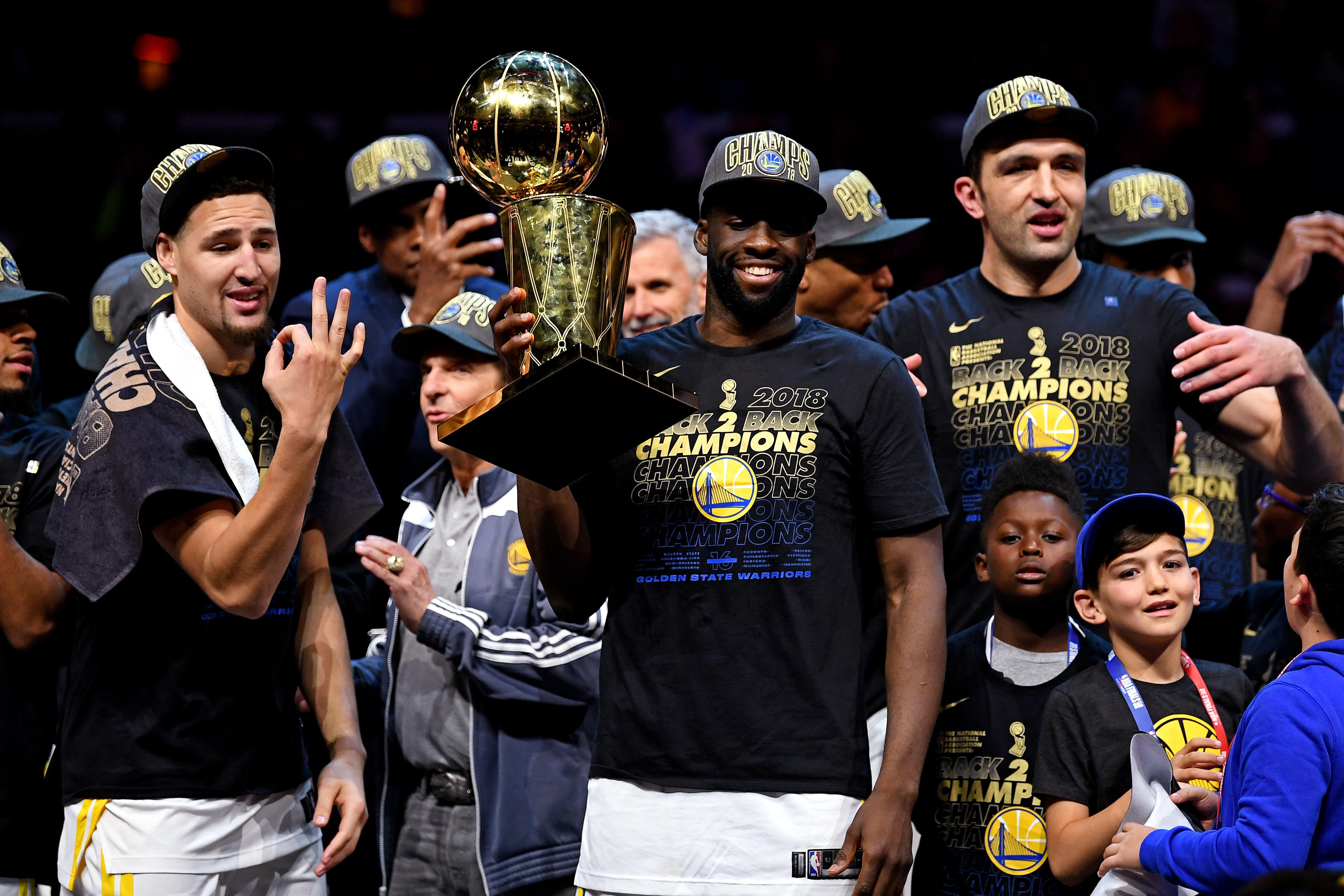 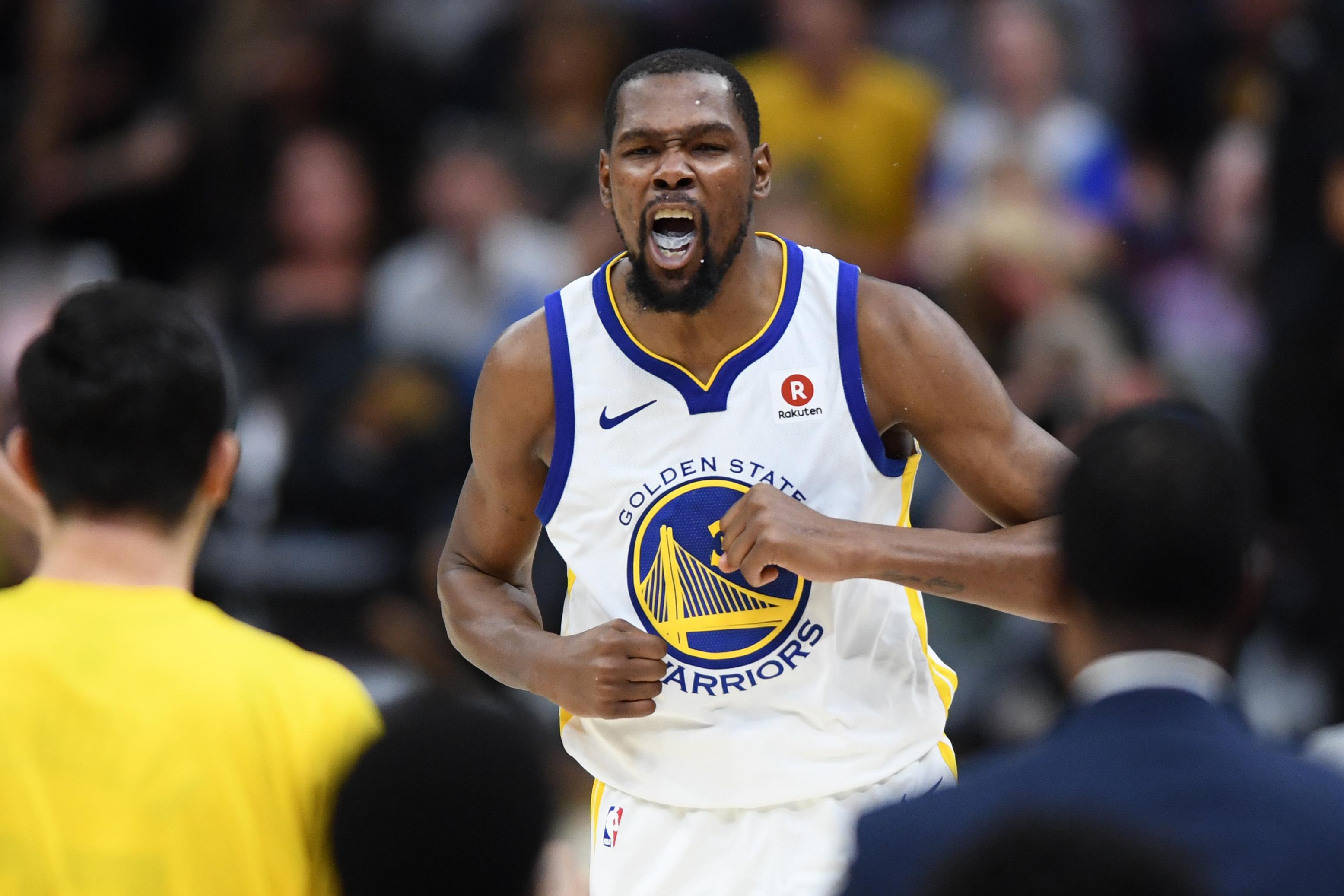 And they turned the screw in emphatic fashion as Steph Curry hit 37 points in the fourth game in Cleveland, racing out 108-85 winners.

Durant notched up his first career NBA Finals triple-double with 20 points, 12 rebounds and 10 assists on the way to being named MVP.

Golden State won their third trophy in four years – all three against Cleveland – and recorded the first series sweep in more than a decade.

After building a nine-point lead by half-time, the Warriors put the game out of Cleveland's grasp with a third-quarter rally in which they outscored their opposition 25-13. 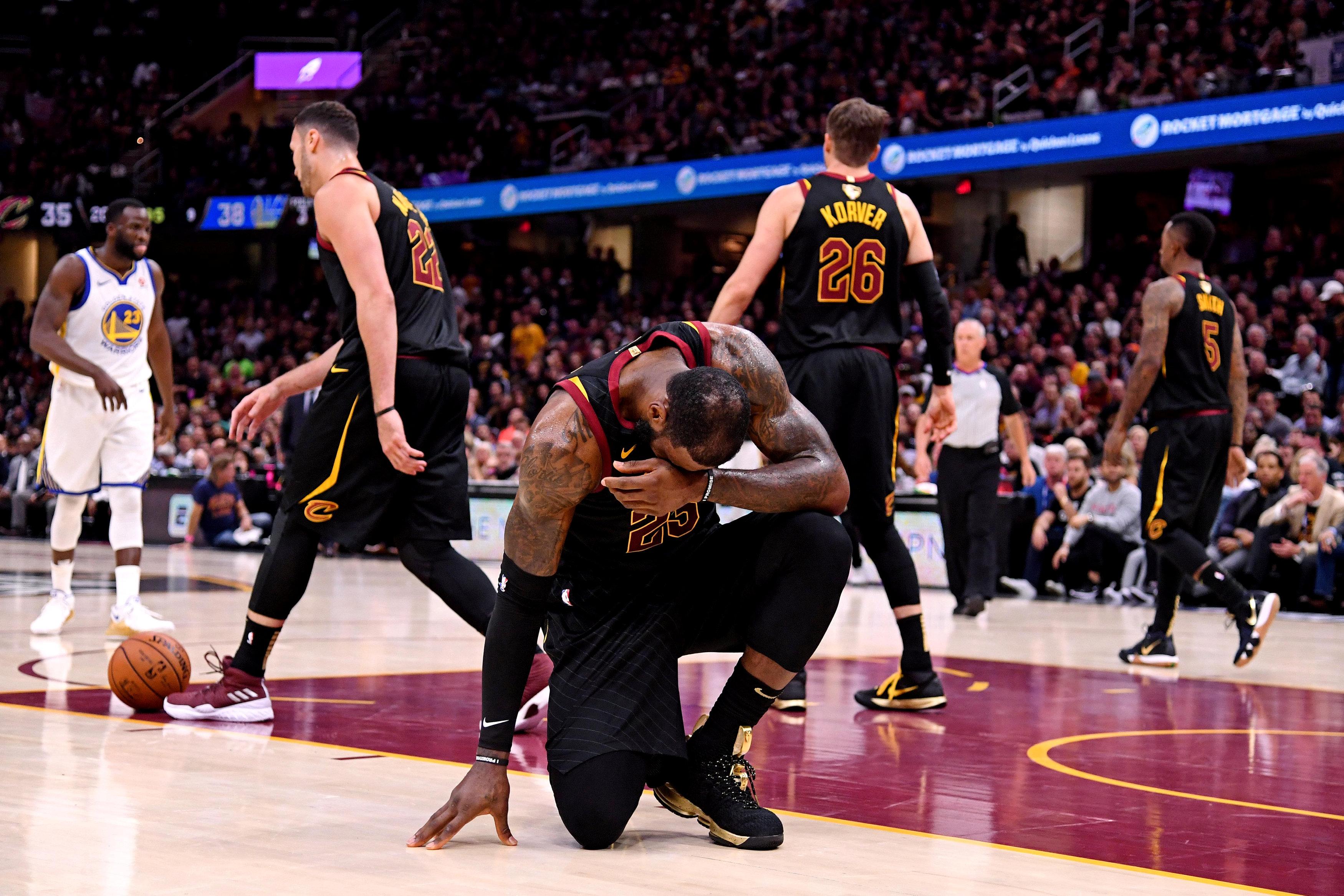 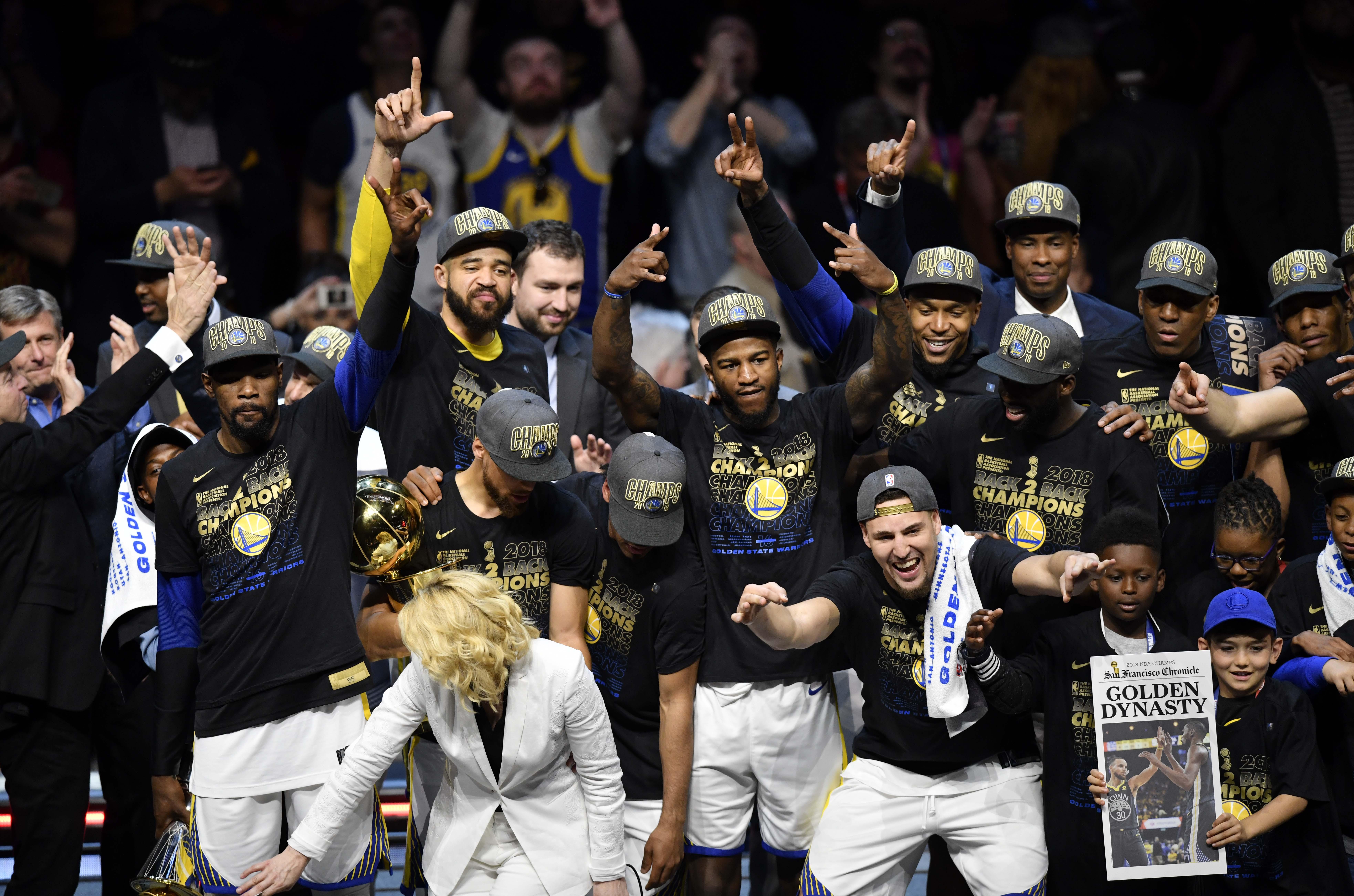 The pair's performances completely overshadowed LeBron James who left the court with 4:03 left on the clock and the Cavs down 102-77, having just turned over the ball to Durant while the game slipped out of their reach.

James had 23 points on the night, with his Cleveland side looking to do the improbable and overturn a 3-0 deficit for the first time in NBA Finals history.

But as the final minutes ticked by the only uncertainty was whether Curry or Durant would take the series Most Valuable Player award, with the latter taking the trophy for the second year in a row with an average of 28.7 points in the series.

And after the game James revealed he had played the previous three with a a broken hand.

Wearing a cast at a press conference, he said: "What happened? Self-inflicted post-game after Game 1, I was very emotional for a lot of different reasons.

"I understand how important Game 1 is on the road for our ball club, what that would have done for us, the way we played, calls that were made throughout the course of that game.

"I had emotions on how the game was taken away from us. 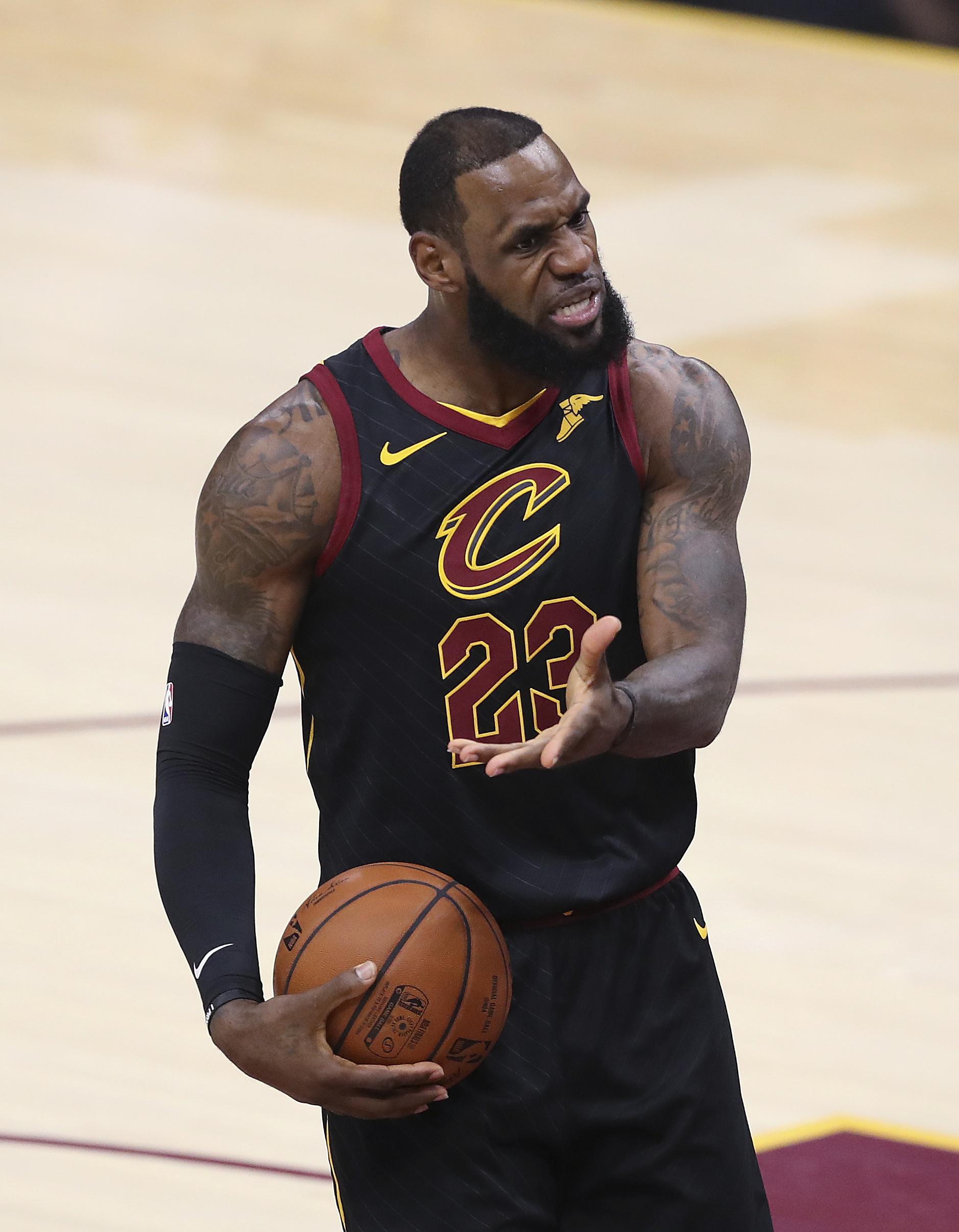 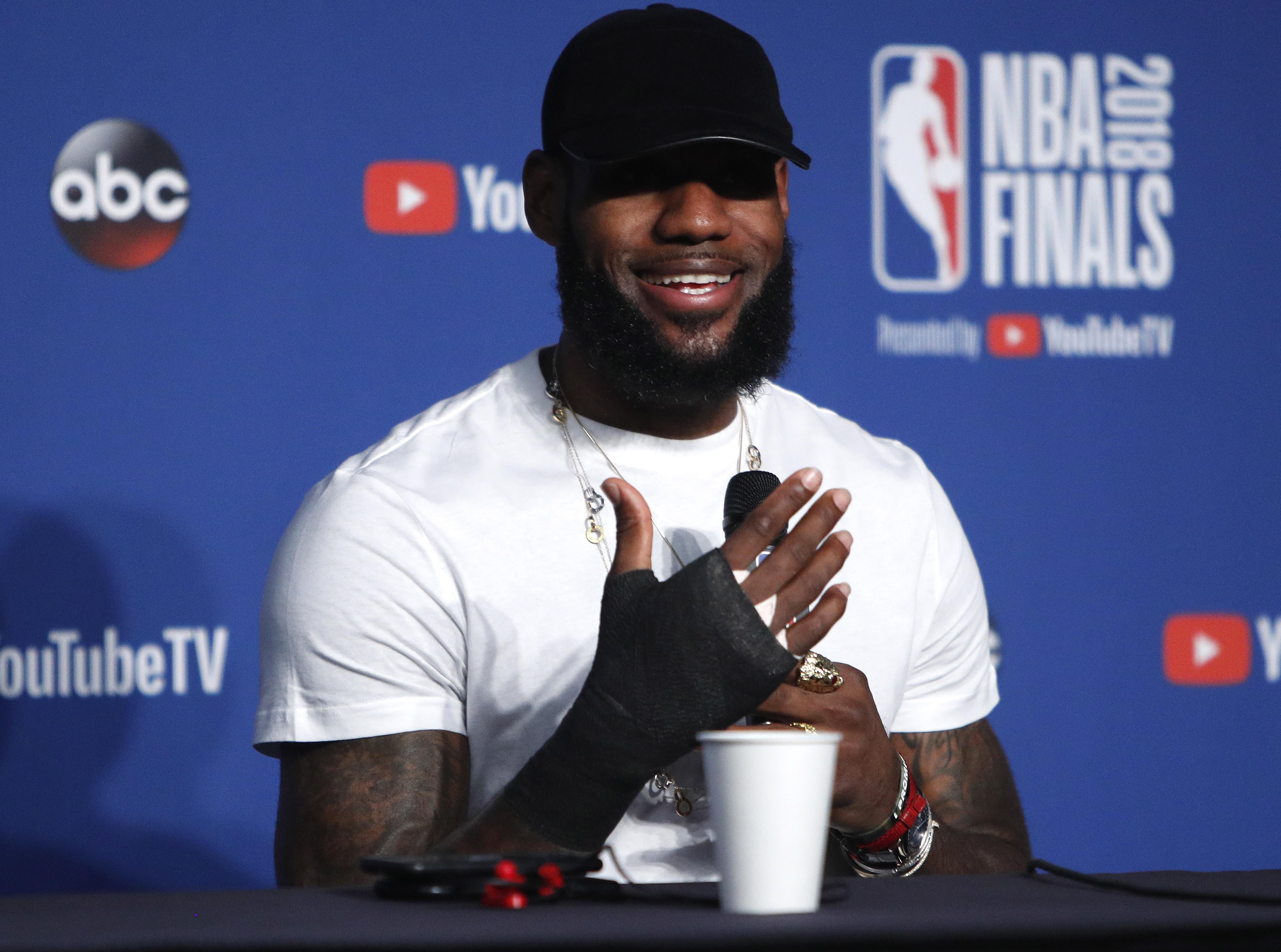 "I had emotions on how you just don't get opportunities like that on the road versus Golden State to be able to get a Game 1.

"I let emotions get the best of me, and I pretty much played the last three games with a broken hand."

While the Warriors continue to deliver on their ambition to be one of the great NBA sides, James is now left contemplating whether his future at Cleveland amid suggestions he may look to leave the franchise in the close season.