There has been an outpouring of emotion from touring golf professionals the world over for much-loved Australian Jarrod Lyle, who has entered palliative care after ending active cancer treatment.

The family of the 36-year-old Victorian, who was in the midst of a third cancer battle after initially being diagnosed with the illness as a teenager in 1998, released a statement confirming Lyle's body "cannot take any more" after a recurrence of acute myeloid leukaemia last year.

Lyle's health has rapidly deteriorated in recent weeks as he struggled to keep food down, his vision become blurry and speech slurred. 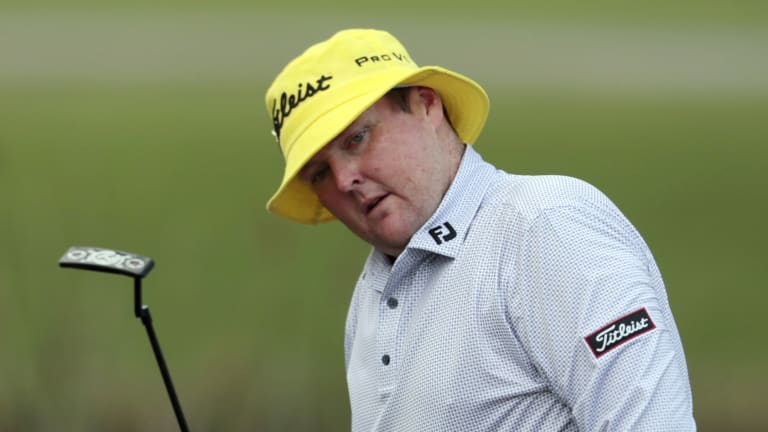 Some days he has been unable to see his daughters, Lusi and Jemma, for fear of passing on an infection to them.

Lyle beat cancer for a second time to return to the USPGA Tour, emerging as one of the most popular figures in the game. His third fight has been a treacherous one.

"I can't imagine being in that position; it's unthinkable," former world No.1 Adam Scott said. "He is one of the best blokes there is. Given all the difficulties he's had since his late teens, he has lived the best life he could with the tough cards he has been dealt.

"He played such good golf while battling illness; he has been through it all. His positivity and general demeanour has been so good and so infectious on others. It's a good way to think of how I should live my life.

"It shouldn't have to have something like this to remember that's what it's all about." 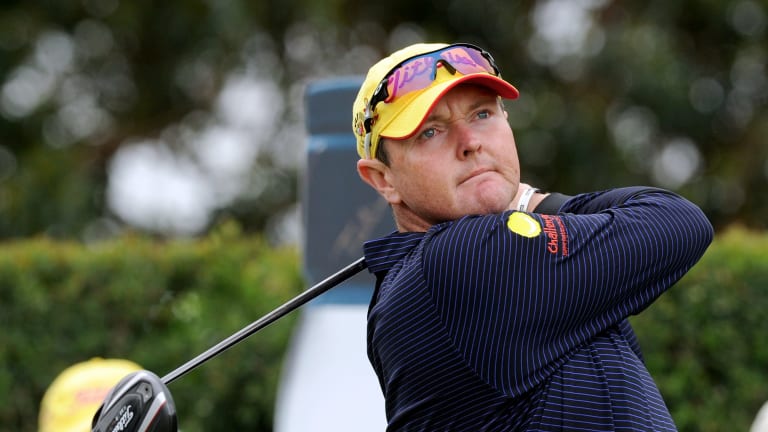 Emotional return: Jarrod Lyle made a return to golf at the Australian Open in 2013 after beating cancer.

PGA Tour of Australia officials were planning to ship 180 yellow pins from the Challenge charity, which supports kids with cancer and boasted Lyle as an ambassador, to Fiji for the next tournament on the Australasian tour.

The pins will be worn by players involved in this wek's Fiji International, which begins on Thursday.

"Jarrod is an incredible man who has a special place in all of our hearts. For many of us, the way Jarrod lives his life, celebrating the joy of his family and fighting his battles with such tenacity, has been an inspiration for our own personal struggles.

"When I think of Jarrod the words kind, generous, courageous, talented and inspirational come to mind. He embodied all these traits during his golf career, his battles with leukaemia and in the way he approaches everything in life.

"We send our thoughts and prayers to Jarrod, Brioney, Lusi and Jemma."

Lyle's emotional return to golf at the Australian Masters in 2013 captured hearts around the nation as he walked the fairways with tears flowing at the reception he received from the Royal Melbourne galleries. He made the cut that week.

Lyle's career continued while many would have forgiven him for constantly looking over his shoulder. But he remained determined to help others as much as himself.

At the 2016 Australian Open at Royal Sydney, he manned a tent next to the old course's picturesque putting green when he wasn't out playing himself.

Lyle was selling underpants and belts from his apparel line, a percentage of which was donated to Challenge charity. If he had a morning tee time, he would be in the tent in the afternoon. If he had an afternoon tee time he would sell from the stall in the morning.

"I'm absolutely gutted for the whole family, Briony and the kids," three-time USPGA Tour winner Marc Leishman said. "It's been a hard road for Jarrod for so long, and he has fought so hard.

"He has always been the life of the party. He is a larger than life character and an inspiration to so many of us."