The co-host of NFL Network's Good Morning Football show commissioned a league for international gridiron fans around the globe and couldn't believe when a certain England striker applied to join. 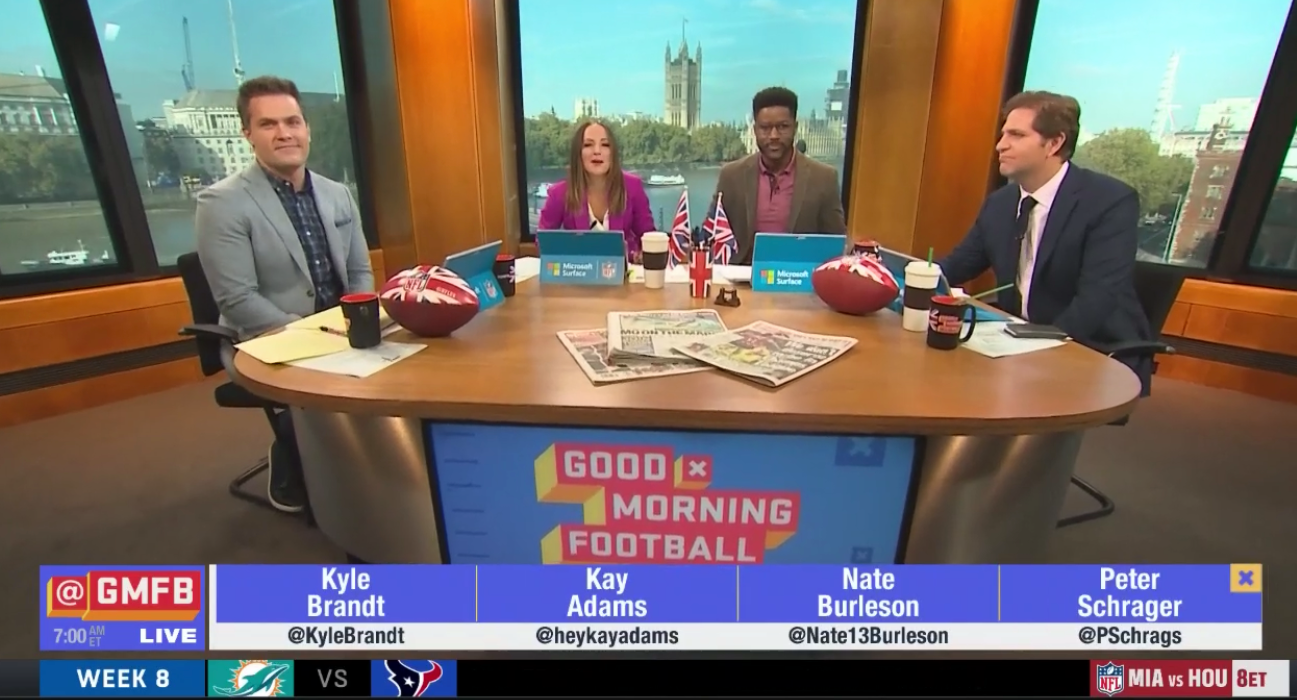 She told SunSport: "Last year we had 50 or so video submissions – this year we got four or five hundred.

"Then Harry Kane, who I know from doing a shoot with Stateside, he caught wind of it, made a video and entered my league.

"I was like ‘are you kidding me? Harry Kane is in my league’.

"He drafted with me and fans from England, Brazil, Argentina, China, all over the world and we’re in this highly competitive league."

Adams is a fantasy football enthusiast who regularly gives advice to players across the globe on her many shows and platforms. 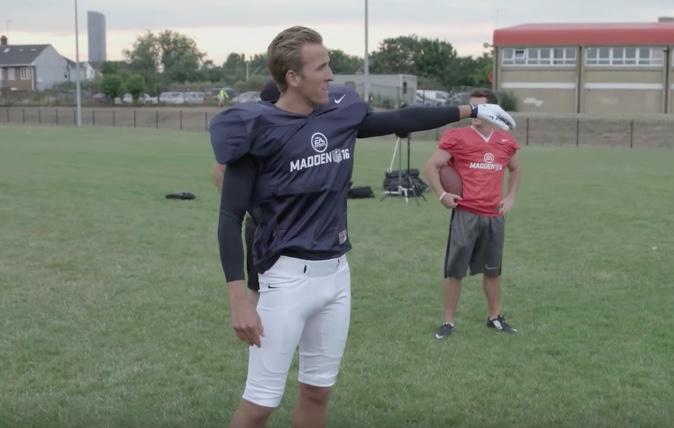 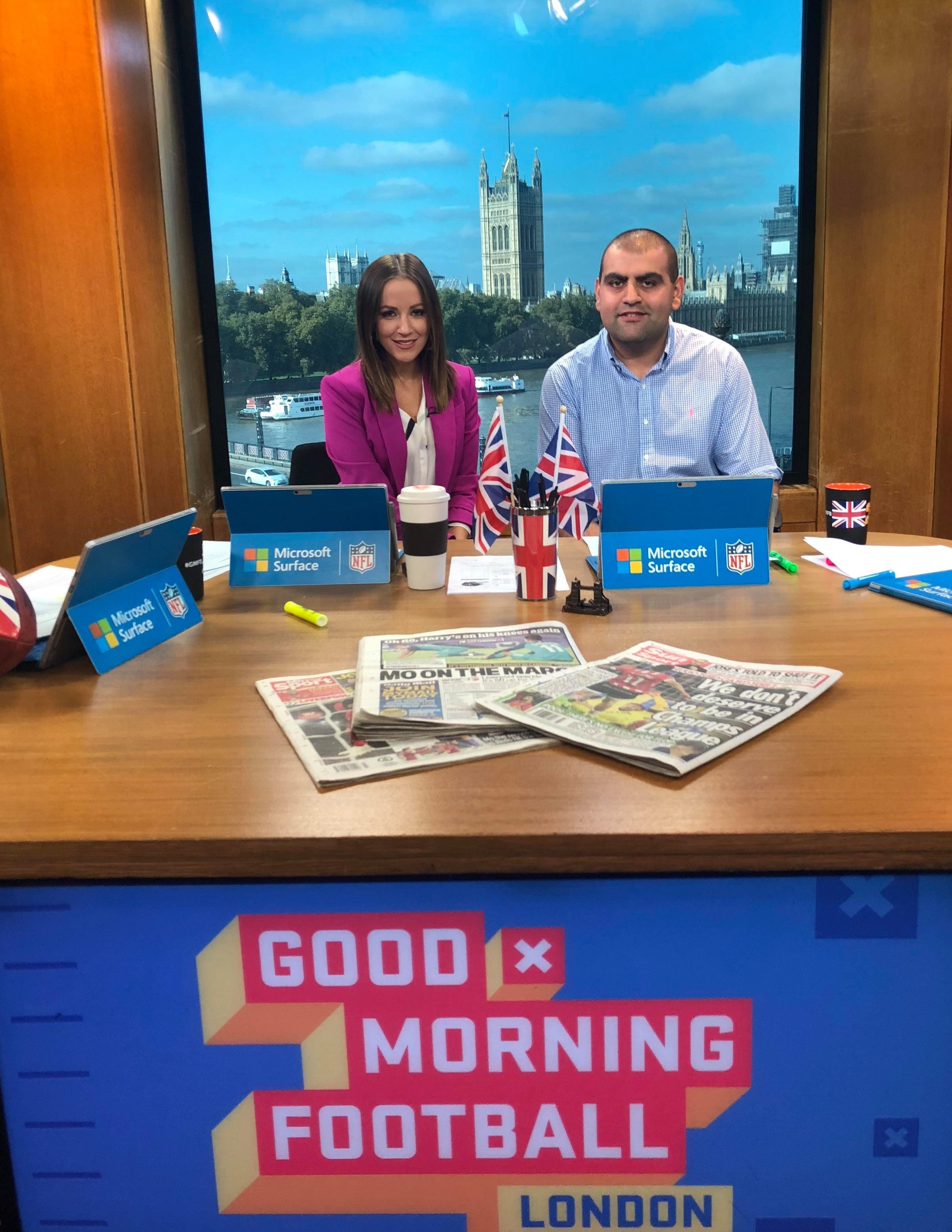 With it's fun, light-hearted pitch, GMFB brings a frenetic mix of highlights, news, fantasy updates and guests to screens across the US – including the 32 NFL team headquarters – and around the world on Game Pass.

Created by English producer Michael Davies two years ago, Good Morning Football is somewhat of a frenetic mix of Soccer AM, Good Morning Britain, Match of the Day and even a bit of Loose Women. 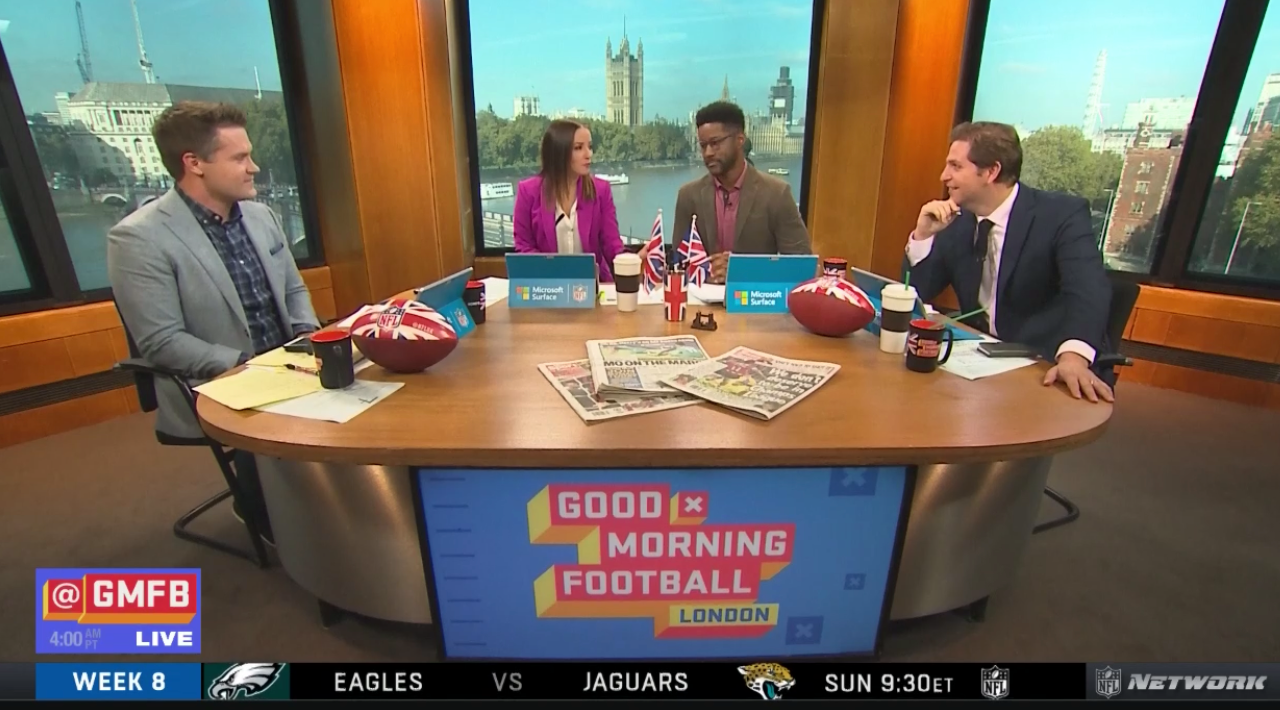 Adams said: "It is almost 100 per cent about chemistry. "Chemistry I think is the hardest thing to achieve and we had it from the jump.

"It is four people who all want the same thing, naturally love what we do, love the game and respect each other.

"We met for the first time all together about a day and a half before the first show.

"Everybody found their space and there’s a big respect for each other’s time which I don’t know is on every show.

"We reach fans but we also reach the players – 32 teams have us on in the morning.

"Because we’re doing something different, we’re having fun, a lot of it is unscripted and it’s really host driven.

"Obviously we have support from the production staff but the creative freedom we’re given, I don’t think any other show gets.

"I love the show. Why else would I get up at four in the morning?" 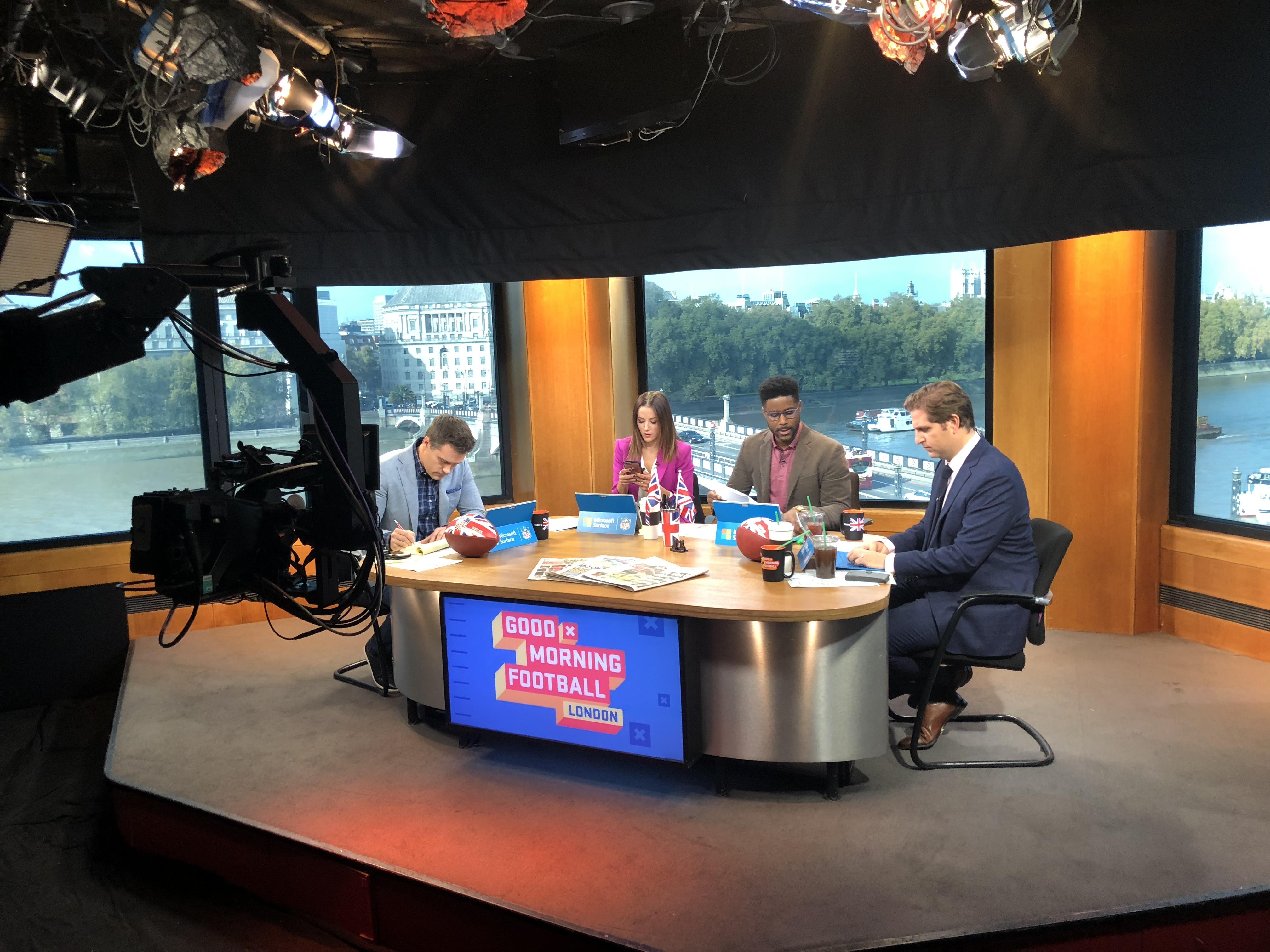 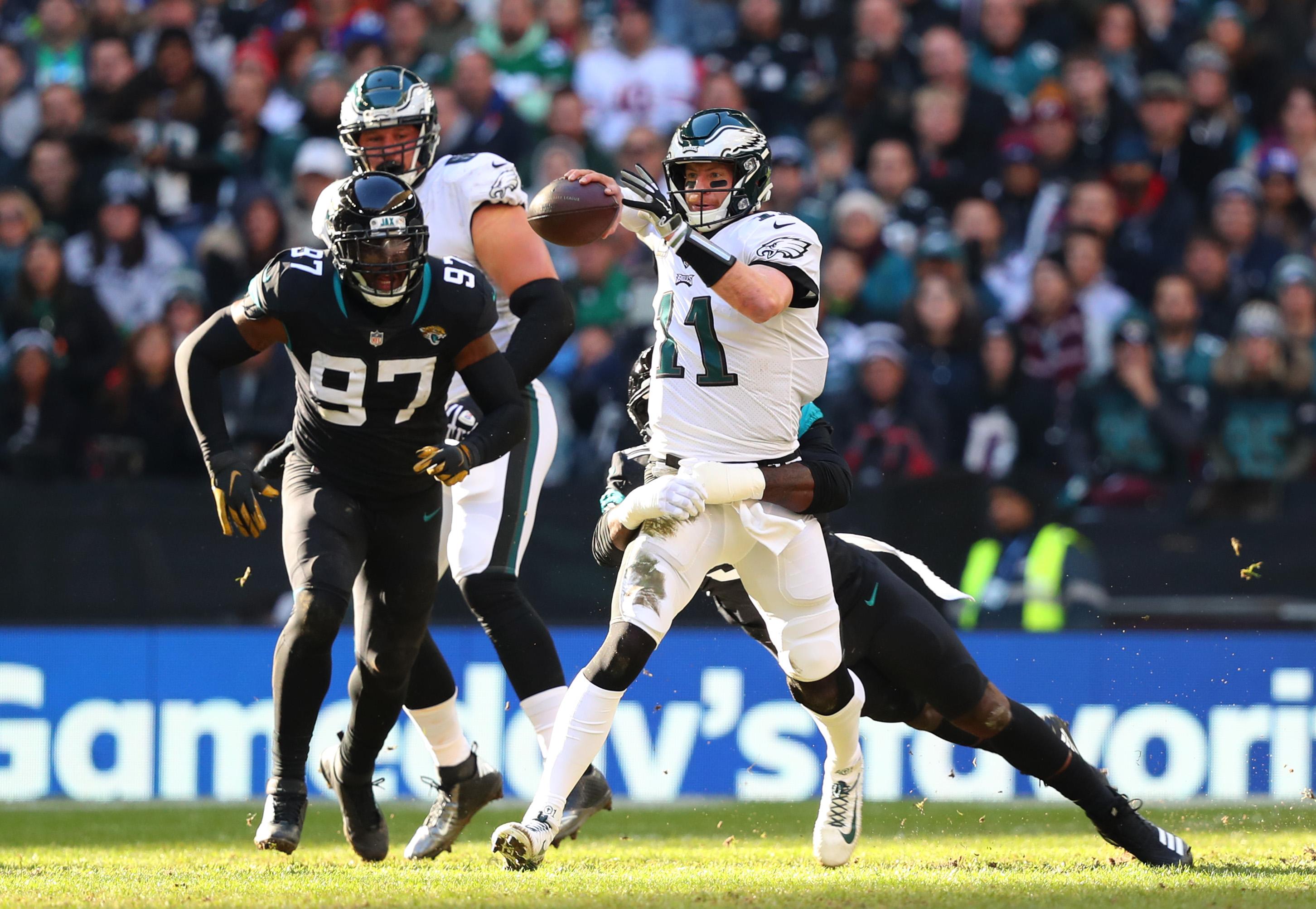 GMFB is based in New York, but has also been shot on location at events such as the Super Bowl and Hall of Fame game.

Last week they added London to their list of tour locations in build-up to the Philadelphia Eagles vs Jacksonville Jaguars game at Wembley on Sunday.

Former Dallas Cowboys quarterback Troy Aikman, a three-time Super Bowl winner turned commentator, is among the biggest fans of the show and has given shout-outs to the crew during live game broadcasts.

Adams said: "I wasn't watching live when Troy Aikman mentioned me and my phone lit up like Christmas – it's crazy!

"Then you start to think about the impact of those words and the impact and who’s saying them."

Adams and her co-hosts have gained traction in sports and television circles as the show continues to grow.

The presenter is now one of the new faces of boxing in the US with streaming platform DAZN.

Adams made a flying visit to London in September for Anthony Joshua's world title defence against Alexander Povetkin while juggling the Monday-Friday job on GMFB and her Sunday NFL show. 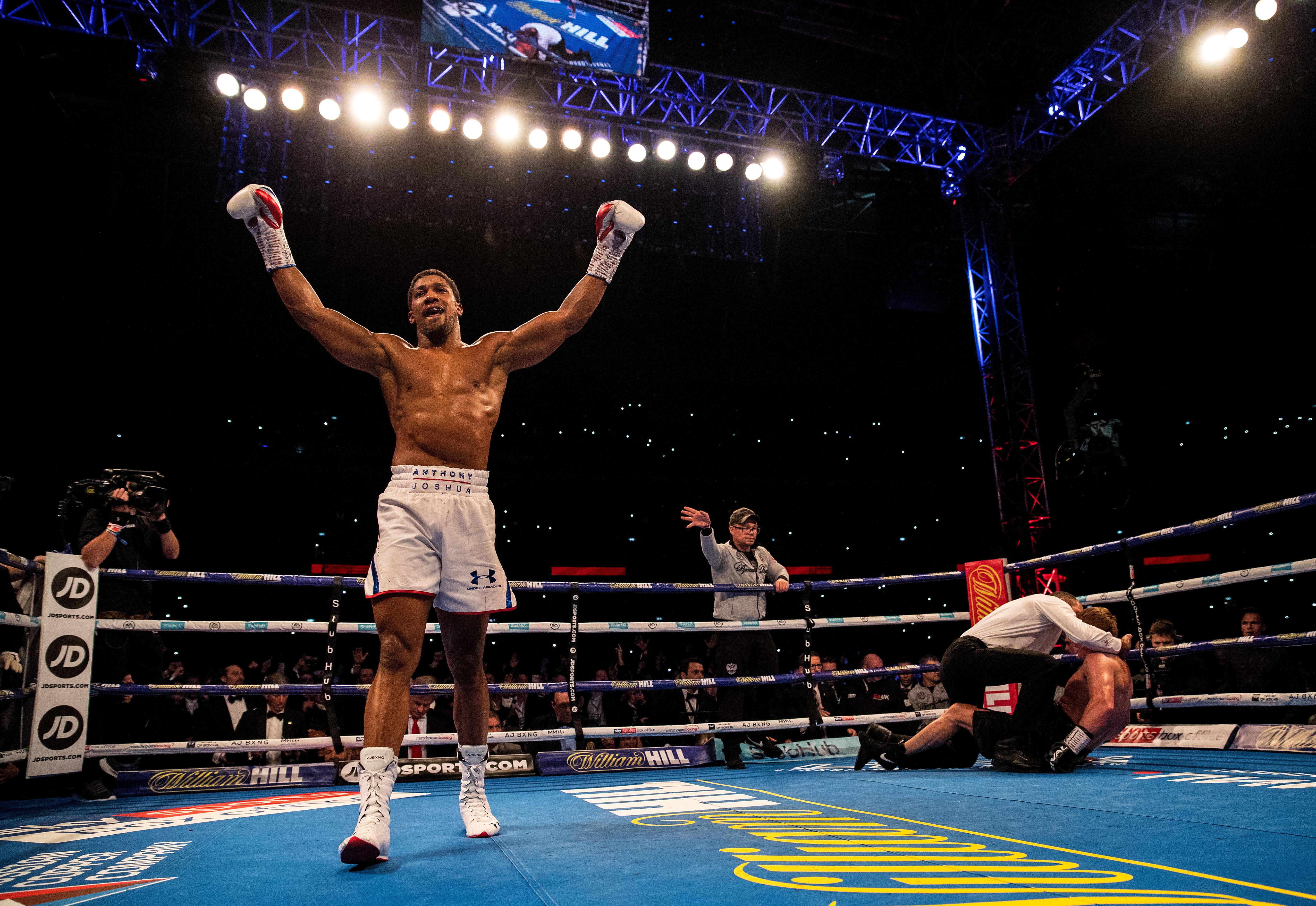 She said: "In what world am I on a private jet after working at GMFB, sitting across from Sugar Ray Leonard?

"We landed late on Friday night at 1am, went to Wembley at noon the next day and then left after the fight at 3am.

"I didn’t have it in my head to understand what the crowd was going to be like with 87,000 people and the energy was unbelievable.

“I landed in New York around 10am on Sunday and I was on the air at noon. I did my makeup in the car and did another eight-hour show on Sunday.

"Joshua is a brilliant fighter but he better get ready for Deontay Wilder – if that fight happens."