Melbourne United and Boomers guard Chris Goulding was enjoying a dream year, at least until the violent scenes which prematurely ended Australia’s win over the Philippines on Monday night.

Goulding captained Melbourne United to the NBL title, won Commonwealth Games gold with the Boomers and even proposed to his longtime girlfriend Molly. 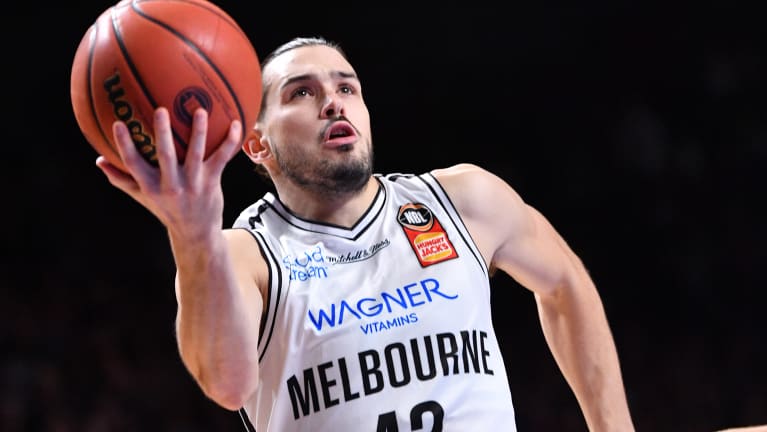 Chris Goulding is hoping to take some time away from the fallout from the brawl this weekend.

But all that seems long ago as the Boomers moved into the national spotlight after video of the brawl spread around the world.

Goulding was at the heart of the action as he had nailed a three-pointer on opponent Roger Pogoy who on the next play felled him under the basket before being elbowed in the head by Boomers forward Daniel Kickert.

The wild, reckless fighting that followed shocked both nations and governing body FIBA is still conducting its disciplinary proceedings. Basketball Australia announced on Thursday that FIBA had established a disciplinary panel to hear charges against the players, but that confidentiality conditions prevented their discolsure.

“It’s quite common to see some push and shove and obviously Daniel, as he said, took it too far but never in our wildest dreams did we think it would turn into punches or staff members picking up chairs,” Goulding told Fairfax Media on Thursday.

Goulding was oblivious to much of what went on as he was kicked down by a Philippines bench player and forced under the basket where a number of players, officials and spectators attacked him.

A spectator video painted a horrifying image of kicks, stomps and punches as Goulding tried to protect himself.

Boomers guard Nathan Sobey attempted to help Goulding but was coward punched and diverted while Philippines cadet player Troy Rike tried to stop his countrymen by standing over Goulding but he was pushed away. Rike has been praised in the Philippines for his actions.

It was only when Boomers team manager Junior Albert and assistant coach Luc Longley ran into the fray that they were able to clear out the mob.

“The full weight of it didn’t hit me until after,” Goulding said.

“At the time I was literally trying to cover important parts of myself for however long it played out.

“That was my thinking initially. It didn’t hit me what had happened until I saw some vision.

“The first thing I wanted to do [once the team left the court] was let my family know I was OK. I hadn’t seen vision. Just to let them know I was OK.

“It wasn’t until the next morning when I saw some vision and saw what had been happening, that’s when I started to comprehend how they would have been feeling.

“It’s just a shame my family were put in that position.”

Goulding praised Albert and Longley for their help and he also praised the Boomers bench for not running into the fight, as it meant the team retained their vital win.

“To look back and see they [Albert and Longley] had our backs, I don’t want to play it down and say it is to be expected, but they are the kind of guys who would do that. They are valued members of our group and we are so happy to have them around,” he said.

The Boomers won’t be able to put a line through the saga until FIBA discplinary panel announces its findings and the players don’t know who among them will face possible suspensions.

Goulding plans to spend the weekend away with his fiancee and he has had no time to think about whether this incident will have any impact on his future with the national team.

“They obviously didn’t do a good enough job of what they tried to do as I’m cruising around, doing what I want to do and physically I’m more than fine,” Goulding said.

“It’s been such a crazy few days that I haven’t thought about that next step. Basketball Australia will work through whatever measures need to be taken to make sure it is safe for players, staff and the travelling party.

“But in regards to myself I haven’t thought that far ahead.”

The Boomers start the second round of FIBA World Cup qualifying in Qatar and Kazakhstan in September and they hope to chase medals at next year’s World Cup in China and the 2020 Tokyo Olympics.

“I’m just trying to get through these FIBA hearings. I’m in Melbourne sorting through that,” Goulding said.

“I don’t know when I will be back on court. I’ve been back for 24 hours and it has been as crazy as it was over there.

“I hope to take the weekend to spend some time with my fiancee and reassess where we all are.”