There are six Socceroos' spots up for grabs and just three weeks for hopefuls to convince Graham Arnold he should take them to the United Arab Emirates for Australia's Asian Cup title defence.

The bulk of the Socceroos' squad is already finalised but Arnold says there is one spot for every position still open before he finalises his squad for Asian Cup just before Christmas. With only a handful of game left for candidates to impress Australia's coach, Arnold put down a challenge to those yet to cement their place in the squad, suggesting form will be the decisive factor for his final selection. 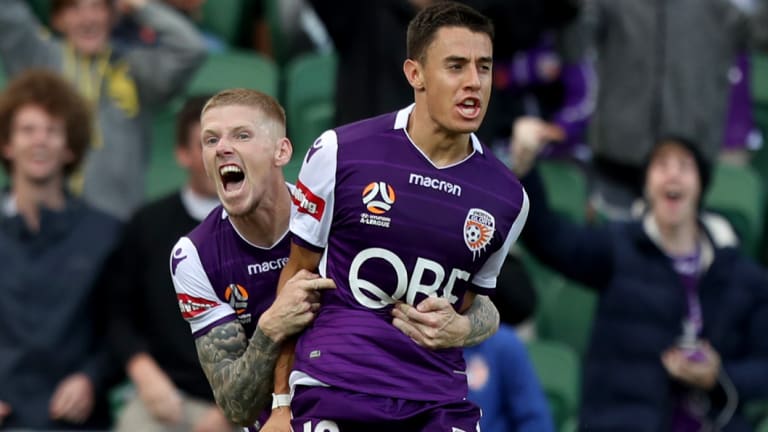 "I was very happy with what I saw in the two games against South Korea and Lebanon. There’s probably six spots that are still up for grabs," Arnold said. "There’s probably one position available in every department. Players who are in form, players who are ready, players that have shown the experience in the past that they step-up for major competitions. I’m excited."

It's unlikely there will be many players included in the Asian Cup squad who weren't part of the recent friendlies against Lebanon, South Korea and Kuwait.

However, Perth Glory winger Chris Ikonomidis could be in line for a call-up to the national team for the first time in more than two years on the back of his scintillating form in the A-League. The 23-year-old was named young player of the month for his role in the Glory's undefeated start to the season and was singled out by Arnold as a potential bolter for the Socceroos next month, alongside Brisbane Roar striker Adam Taggart.

"Chris Ikonomidis is doing excellent every week, Josh Risdon is showing what he’s doing and Rhyan Grant. [Adam] Taggart is scoring goals and I believe his injury is minor so he’s back in contention," Arnold said. "Those spots are still open. All the players have an opportunity over the next three weeks to change my mind."

Most domestic leagues play throughout the duration of the tournament though Arnold ruled out making his selection based on minimising the impact on clubs who could miss more than one players for a month. The likes of Scottish club Hibernian, Melbourne Victory and Sydney FC could have two or three players called-up for the tournament.