Jenny Graham is cautious about Victorem's wet track credentials as her small Port Macquarie stable prepares for its biggest challenge with two runners in the $1.3 million The Kosciuszko.

Victorem was elevated into favouritism after the withdrawal of long-time favourite Care To Think, which was found to have a temperature spike on Wednesday morning. 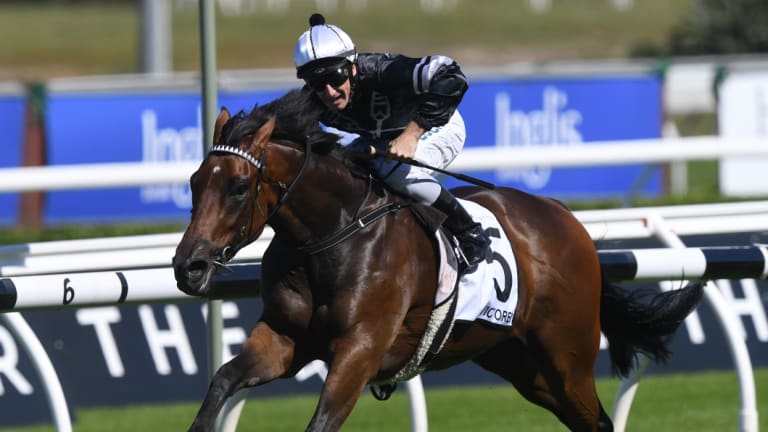 It gifted Graham two runners in the race when David Barnhill's Farrer Hotel syndicate, which struck first to clinch a deal with Care To Think's owners, turned to Awesome Pluck to fly their flag in the inaugural country-only race.

But it has also turned the spotlight even more on Country Championships hero Victorem, which will vie for favouritism with Danny Williams' Don't Give A Damn.

Victorem has won one of his two starts on rain-affected going, but that was on a Heavy (10) at his second start against just five rivals at Kempsey.

"He's won in the wet but he won a maiden in the wet," Graham said. "It's a bit different to this company but he's a very adaptable horse so I think he'll still run a good race, although it is a completely different scenario now."

What is without question is how fond Awesome Pluck is for the wet conditions as Graham plos a path to have both of her stable stars, should they secure slots in The Kosciuszko, enter the race first-up.

The pair have been fitted with two trials but Awesome Pluck hasn't been seen at the races since February after missing the Country Championships final with a setback.

Victorem went on to win the lucrative race at Randwick on the opening day of The Championships, but it's Awesome Pluck who appears more adept in the going with both of his wins coming on wet tracks.

"That horse missed out on the Country Championships by things not going right and it's funny how things have turned around and it's not fallen his way," Graham said.

"When they rang I thought, 'I hope they pick my horse'. We had a couple of discussions and a couple of phone calls. I'm sure he'll perform well for them and I hope he does but it's a bit unfortunate for them when they had the horse they were hoping to have. Hopefully I can fill that spot for them.

"The only reason I don't have any concerns [over his preparation] is because he loves the wet. He really excels in it. In all fairness, for both horses to a degree I'd love it dry but that's not going to be the case. We're going to have to go with what we're dished out."

Graham will be the only trainer with multiple runners in the race after Dunn lost Care To Think, which was set to join Snitz as starters from his Murwillumbah base.

"I'm not a big stable so we're pretty proud to be lucky enough to get two in and have a crack," she said.