Al Ain: Rhyan Grant would be happy enough if he spent the rest of his footballing life turning out for Sydney FC. But he also knows a successful Asian Cup can open doors that could take his career to the next level.

Still pinching himself that he's with the Socceroos at all after missing all of last season with a major knee injury, the 27-year-old defender has been soaking everything in so far from his first trip overseas with the national team. 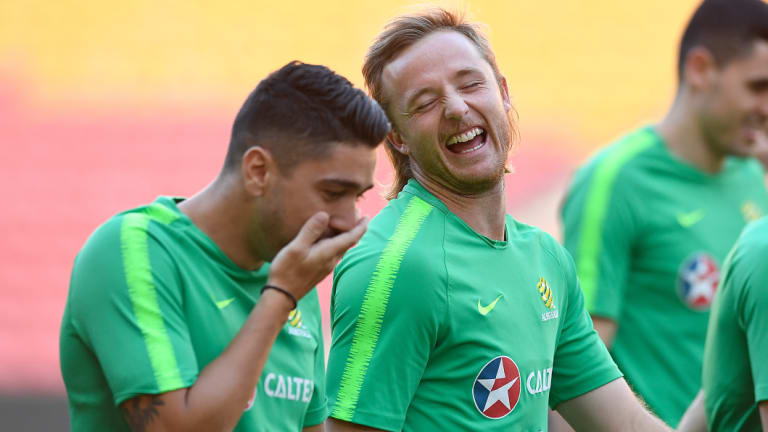 With only two caps under his belt – the most recent coming in Sunday's 5-0 friendly rout of Oman – it's all completely new to the mulleted lad from Canowindra.

"To be called up, make my debut and now be a part of this tournament it has been a bit of whirlwind," he said.

"I've had a good look at it and a good think and pretty stoked to be here and looking forward to just being around the group and seeing what we can do."

Now it's about making the absolute most of it. A good display at a major tournament can be life-changing for any player, with scouts and clubs from around the world always keeping an eye on the Asian Cup as they hunt for the next bargain buy.

Grant isn't exactly updating his CV in preparation but after a decade with the Sky Blues, he is aware the next few weeks could be the catalyst for foreign interest if he is good enough to catch the eye.

"You never know who's watching," he said. "It's not on the bucket list – I'm not actively out there looking to get a move overseas or anything but if something was to pop up I'd definitely have a look at it.

"I'm actually really content at Sydney, I love it there and it's definitely home for me. I've got no qualms if I was to stay at the A-League and Sydney for the rest of my career. But you want to go as far as your talent or hard work can take you."

First, he has to get on the park in the UAE. That looks unlikely for Sunday's Group B opener against Jordan, with rival right-back Josh Risdon boasting far more experience at international level, making him the likely candidate. 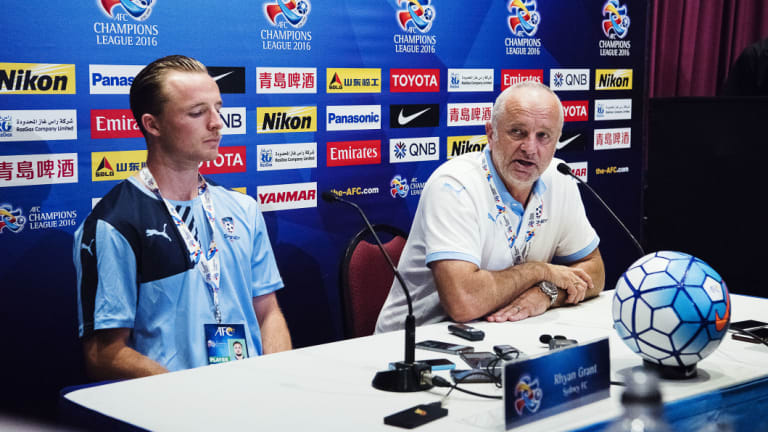 Back in the day: Rhyan Grant and Graham Arnold when they were both at Sydney FC.Credit:Christopher Pearce

Then again, Grant's long-standing relationship with coach Graham Arnold, who he won the A-League double under in 2016-17, is a significant factor in his favour.

Grant said he got along well with Risdon despite the fact they're competing for the same spot and play on opposite sides of the Sydney derby divide.

"We've got no issue, I get along with Rizzo, I've known him a little bit now. When it comes to who's going to play it's much of a muchness. He's obviously a great player and he's done very well for the Socceroos over the last couple of years so I'm just really happy to be here and enjoy the experience."