A key battleground in the pay dispute between Cricket Australia and its players has resulted in what both parties have declared a win for grassroots cricket.

CA and the Australian Cricketers Association have confirmed on Thursday that up to $30 million will be invested in community cricket in coming years. 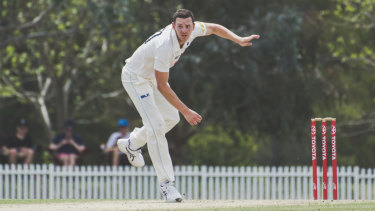 Through what is known as the grassroots fund, the initial focus will be on improving playing and training facilities to all clubs across Australia, and equipment grants to regional and rural areas.

"The players are passionate about giving back to the game that has given us so much," he said.

"There’s a significant need for investment in grassroots cricket, especially for those communities doing it tough at the moment.

"If we can make the experience of playing cricket better for all cricketers it will go a long way to benefit the game at community cricket right through to those playing at the highest level.”

Just where the increased spending on grassroots cricket should come from was a major battle between players and CA in their bitter 2017 pay dispute.