Who, seriously, would be a rugby league coach?

And I don’t just mean Ricky Stuart, who week after week, year after year, for yonks, gets his team to play above and beyond their actual abilities to work themselves into a position where they DESERVE to pull off a great victory, only to have it cruelly snatched away with a couple of minutes to go. 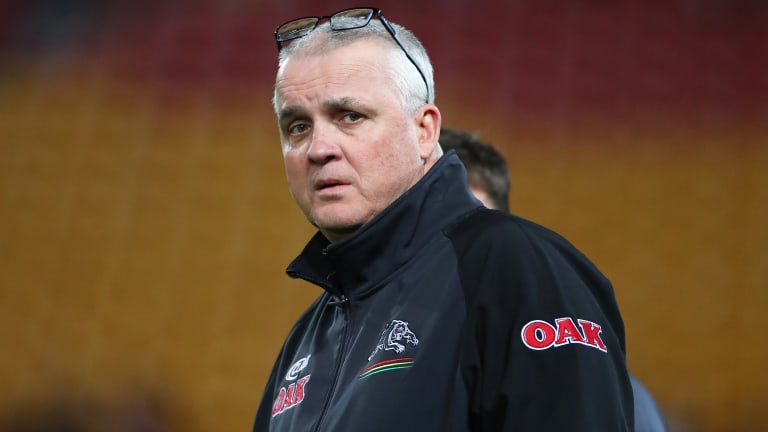 Howling at the moon: No one could blame Anthony Griffin for decrying his sacking.

I don’t just mean Brad Arthur, who, year after year, seems to have the team to finally give the finals a shake, only for things to turn to ashes before his very eyes, and instead he is beaten around the ears by the spectre of the wooden spoon.

And I don’t just mean Wayne Bennett, who has had a coaching career second to no one in rugby league, ever, only in his senior years to come ever closer to the truth: there are only two kinds of coaches, those who have been sacked, and those who will be sacked.

And funny I should say that.

For I do mean Anthony Griffin, of Penrith Panthers fame, the one who replaced Ivan Cleary as coach, and took them from mid-ranking side going nowhere, to a position just outside the top four, with the real chance that THIS YEAR COULD BE THE YEAR, only to be suddenly sacked four weeks before the finals – with every chance that the fellow who replaces him will be … Ivan Cleary.

Who, in Griffin’s position, would not shake their fists at the heavens above, howl at the moon at the injustices of the universe and – right before banking the payout cheque for a couple of million – rue the day you ever took up a clipboard?

Against that, shrewd move, Phil Gould, who took the decision to throw Griffin under the team bus to give the Panthers the lift they need.

I have often quoted the old French aphorism, tout nouveau, tout beau – “all new, all great” – and you constantly see it in football teams when a new coach takes over. Nearly always, for the first couple of months, as things are done in a different way, there is a freshness about a side, a renewed enthusiasm, a more powerful dynamism, simply because the team is not doing things in the same old way, and so not playing in the same old way. Good results more often than not follow … until a certain staleness returns and that enthusiasm is lost.

If Gould had sacked Griffin months ago, there is little chance that the tout nouveau, tout beau dynamism would last. But now, with four weeks to go, and a fairly good run into the finals?

Perfect. Out with the old, in with the new, and the structure of a strong team in place? Thunderbirds are GO. 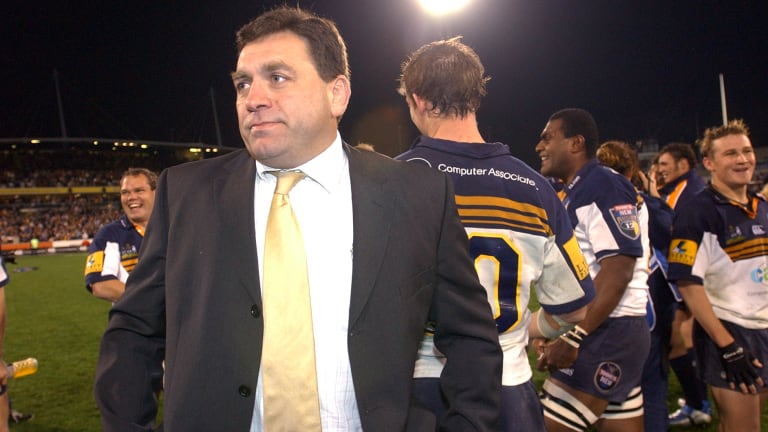 Cold shoulder: David Nucifora endured the surreal experience of winning a title with the Brumbies after being sacked.

We have seen it work stunningly well before, most obviously in the case of David Nucifora, who in 2004 was publicly humiliated by being given his marching orders mid-season by the Brumbies, whereupon the team – with a whole new lease of life – went on to win the Super Championship!

In the case of Nucifora, it seems remarkably similar to Penrith now, with senior players uniting to complain that the coach didn’t listen to their ideas, except that ACT didn’t quite let the lunatics take over the asylum. Nucifora was kept on, almost as his own caretaker coach, though it was clear that the real power now lay with the players.

The new caretaker Penrith coach should give his players the same latitude now. So you’ve got all these ideas as to how we should be playing? You’ve complained to Gould that Giffin didn’t listen to you? Well, let’s see what you’ve got. Show us all, now, what you’ve been saying quietly in the dressing room for months!

I repeat: despite the breathtaking brutality vis a vis Griffin, it just might work. You heard it hear first.