The influx of players of south Pacific heritage into the NRL won’t kill off State of Origin football. The reverse is the case. Origin has become so big, it was at risk of being the beast that ate the NRL.

Wednesday night’s match in Brisbane, won 18-12 by the Maroons, was the best dead rubber in the 38 years of this annual series.

Each year, Origin grows bigger – sponsorships, media coverage, crowds – and TV ratings for the three games always appear in the top five most-watched programs of the year. The series is in so much demand for its economic impact, the capital cities in the AFL states will each host a game between 2019 and 2021. 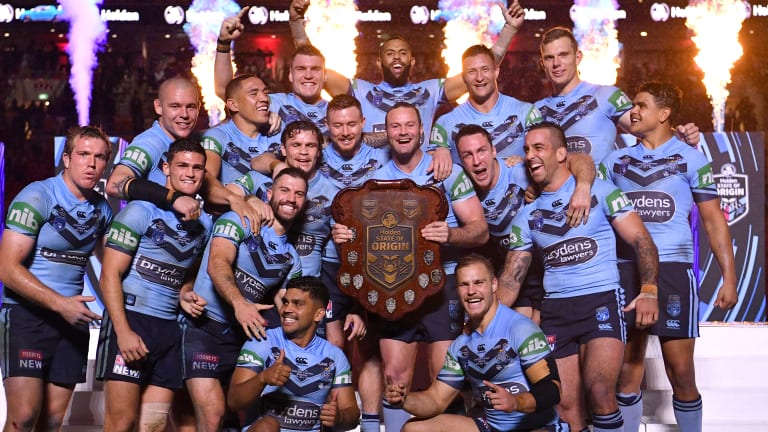 Bigger is better: The State of Origin series, won this year by NSW, grows in prominence every year.

Origin’s effect on NRL clubs is far greater than the selected players being unavailable for three club rounds.

NRL club coaches begin preparing for it in April and its impact is still evident in late August.

Many play Origin with injury, magnifying the stress of a contest that is far more taxing than club football.

Also, because the players need to be rested away from their normal club training sessions during and after Origin, given their representative workload, some, especially the younger ones, can become de-trained during the Origin period. It is always a fine line between recovery and training.

The comedown effect from Origin to the grind of week-to-week NRL is enormous and a lot of players struggle to adjust. Being in camp together builds strong bonds, where club teammates become Origin enemies and an opponent in club land is a teammate for your state.

The players from the losing state return to their clubs despondent, while the winners are on a high. 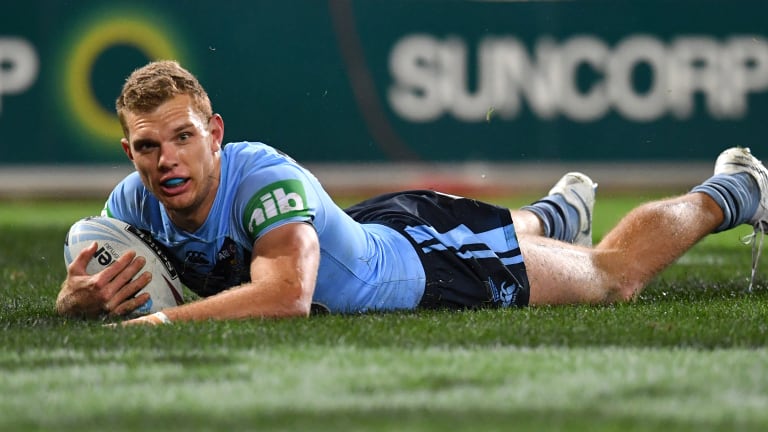 Shining light: Tom Trbojevic was a standout for NSW.

Manly’s Trbojevic brothers, Tom and Jake, were seething after the loss in game three, ahead of their NRL fixture against the Storm on Saturday.

While pleased Sea Eagles teammate Daly Cherry-Evans has resurrected his representative career, they will know it was his superior game management that cost NSW a win. And he is guaranteed to be retained in next year’s Maroons team.

It will be interesting to see how Dragons coach Paul McGregor approaches Sunday’s game against Wests Tigers. St George Illawarra fielded four forwards for the Blues and bench man Ben Hunt for the Maroons. The Blues will be elated NSW won the series, but disappointed they were beaten in the last game. Furthermore, they expended so much physical and mental effort in losing.

Hunt will still carry lingering disappointment he was blamed for Queensland’s defeat in the second game, but his contribution on Wednesday night will buoy his confidence, knowing he will be part of future Maroons teams, albeit as a reserve.

McGregor may opt to rest some of his players against Wests Tigers, showing confidence in the replacements who filled in for the Dragons’ last match against the Storm.

By late March, McGregor correctly anticipated he could lose up to five forwards to the NSW team, meaning he would need to give game time to their replacements, particularly his big front-rower Leeson Ah Mau. 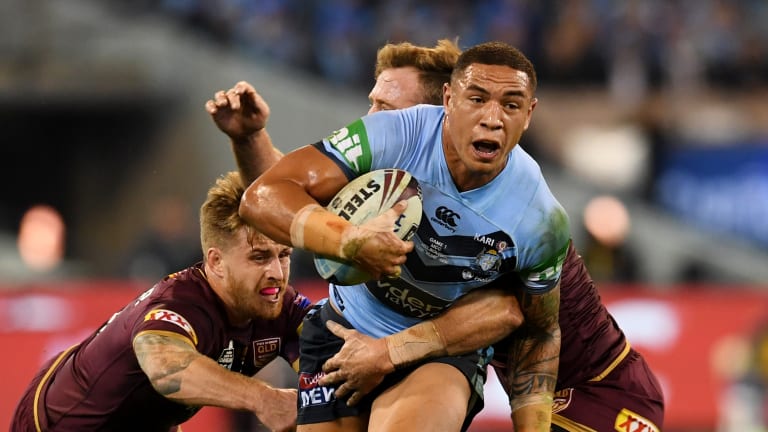 Tough yards: Tyson Frizell was a star for NSW, but will the grind of Origin take its toll?

But it’s not easy for an NRL coach to withdraw a top-class forward, such as Tyson Frizell, during a club game when the scores are close and time is running out.

Inevitably, the bench players don’t get enough minutes on the field, meaning they are underdone when they have to play close to 80 minutes as replacements for the Origin players.

This was particularly evident in that round 17 match between the Storm and the Dragons. There were 11 Origin players missing, St George Illawarra losing five and Melbourne missing six.

It was a see-sawing game – a try to one team followed by a try to the other team – until the Storm ran away with it 52-30 in the last 15 minutes when the Dragons opened up as their forwards tired.

Origin also has an effect on those players not selected for the series. Some change their games, such as passing the ball more, in the hope it will impress the selectors who believe they are one-dimensional.

Sometimes, Origin players return to their clubs disenchanted with their NRL coach. They may have been impressed with an Origin coach of outstanding technical merit who points to errors in their game and, more importantly, the remedies.

Alternatively, a player may relish the environment created by a relaxed, left-field coach, such as NSW’s Brad "Freddy" Fittler, particularly if his club coach is intense and hands-on.

If the NRL drew only from players available for Origin – that is, pledged to Australia – this mid-season series could have dominated a winter season to the extent the NRL club competition was merely a sideshow before and after.

Now, with players of south Pacific heritage electing to play for Tonga, Samoa, New Zealand, Fiji and PNG, and English imports free to play for their NRL clubs, there is a cadre of high-quality talent to stabilise the NRL competition during the Origin period.

Many fans enjoyed the high scoring in the Storm v Dragons match with Englishmen James Graham and Gareth Widdop and some stars of the south Pacific on the field, as well as retired Queensland captain Cameron Smith.

An indication of Smith’s availability to the Storm this year is reflected in the statistic that, should they beat Manly, it will be the first time since 2011 Melbourne have won all six games during the Origin period.